John's availability is essential for his clients’ protection. So, he is available day or night at 513-815-3458.

In 2019, John represented a USCCA member indicted for Murder, Attempted Murder and Felonious Assault with firearms specifications for shooting and killing one individual and shooting at another. A conviction as charged carried a mandatory life prison sentence. John argued self-defense at trial, after which the USCCA member was found Not Guilty of all charges and discharged. All defense costs were paid by the USCCA.

Before joining the firm in 1994, John served as an assistant prosecutor in the Juvenile, Municipal and Common Pleas Court trial divisions of the Hamilton County Prosecutor’s Office. During that time, John was also appointed by the Ohio Attorney General to serve as a special prosecutor for the Ohio Organized Crime Investigations Commission. After joining the firm, John was twice appointed as a special prosecutor by the Hamilton County Courts.

Today, John uses his trial experience to effectively defend individuals and businesses in white collar criminal investigations and prosecutions, as well as adults and juveniles charged with misdemeanor and felony criminal offenses of every type, including drug offenses and driving under the influence charges.

John serves the City of Blue Ash, Ohio as its Mayor's Court Magistrate.

In civil matters, John has successfully advised and represented business clients on various corporate matters, disputes and litigation. He has won significant awards for clients in numerous personal injury and wrongful death cases.

Call at your convenience for a free consultation or if you just have a question. 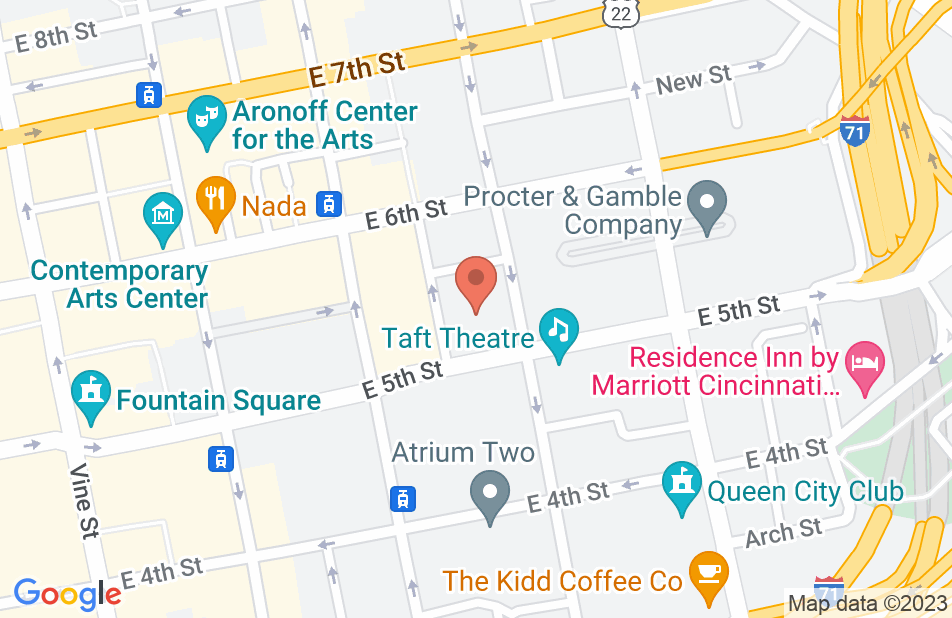 When you are in trouble this is the man you want in your corner. Knowledgeable, understanding and great communications are what you can expect. He got my charges down to a minimum. Worth every penny.
This review is from a person who hired this attorney.
Hired attorney

As a small business owner my establishment failed an underage drinking sting by local police. John O'shea was instrumental in helping me with this charge. We received the best result possible in court I attribute this to his immediate response to all my concerns and his professionalism with the court system. John was recommended to me by a friend who used him to successfully help with a teenage speeding violation.
This review is from a person who hired this attorney.
Hired attorney

While my son attended college in Cinicinnati, he got into some legal trouble. From day one John was there for us. He clearly explained the process, calmed our fears, answered any questions we had and led us through the terrifying court proceedings. He went beyond our expectations and became a friend/confidant to our son. He is available day or night. I do not know what we would have done without John. He is the absolute best!
This review is from a person who hired this attorney.
Hired attorney

John is an excellent attorney

John O'Shea is an excellent attorney He helped me with a difficult financial matter and the result was positive I feel he acted in my best interests He is thorough and professional, knowledgeable, competent and experienced I highly recommend him for all legal matters
This review is from a person who hired this attorney.
Hired attorney

I hired John on the recommendation of a friend who happens to be a prosecutor. My daughter received an OVI after she was stopped for not having her headlights on. John advised her to be proactive before she went to court. She took a class on drinking and driving, and she began doing volunteer work. John was able to get the prosecutor to agree to a moving violation instead of the OVI. John saved my daughter from a police record she did not deserve. As he explained to the Judge, this was an isolated incident, out of character and not likely to be repeated. Thanks John!
This review is from a person who hired this attorney.
Hired attorney

“John O’Shea is a Great Attorney he is very knowledgeable and I would highly recommend him to friends and family!!!” He was very kind, thorough and understanding of the situation. He was very patient with me given the situation. If you are looking for someone who is looking for your best interest and willing to actually listen to your needs and worries during a difficult situation this is the right attorney for you. He also provides you his contact information where he can be reached at all times. John is very personable, approachable and has a good relationship with the court as well as a strong professional network with other attorneys in the trade. He is also a staunch, steadfast and passionate advocate when you are dealing with a case like mine. He has been a dedicated counsel and friend. I felt bad at times because I was eating into his personal time, but John constantly assures me that it was okay, and he’s always available. I would highly recommend attorney John O’Shea.
This review is from a person who hired this attorney.
Hired attorney

The Right Choice for Me

John O'Shea A number of years ago I needed the services of an expert in specific law that my long time attorney and friend did not perform. He recommended John O'Shea and I contacted him at once. John made me feel that I had been placed in the right hands and he very professionally guided me through the steps necessary to resolve the problem. I always felt that John had a clear understanding of the circumstances and related law and that I was being represented, protected, and counseled to secure the best outcome possible. He was willing to give me the time necessary to make me feel comfortable so that I understood what was being done. I never doubted his advice and at the completion of the situation, I told him that I never regretted securing his services and still to this day, feel the same. John is a professional with a clear understanding of the legal system in all its complicated components. I have called on him in subsequent years for much less complicated advice and received the same understanding and service. I can recommend him without reservation.

Our son got into some trouble, and we were referred by a friend to Attorney, John O'Shea. John was always professional and courteous. He treated our son with respect and always kept him informed of all proceedings. We would highly recommend John O'Shea as a competent and trustworthy attorney.

John O'Shea represented our son in a criminal case with potential serious serious consequences in terms of incarceration and related charges. We found John to be the absolute correct choice in representing our son in this case. John is a straightforward individual with excellent communication skills. He clearly articulated the relevant aspects of the pending case, as well as the judicial process. John guided us through a complex legal process with great skill and patience. He was empathetic, caring, and we always felt he had our son's welfare, and safety as a priority throughout this lengthy process. John guided our family through a very stressful , year long ordeal that began with a phone call from police informing us of our son's arrest. From the outset, John provided detailed instruction on how to proceed. We met with John to discuss an action plan to include our son's accountability, available legal options, and his pre-case understanding of this case and its potential outcomes. From our perspective, it was an exhaustive and lengthy legal process. John was professional and direct in his communications. John made key strategic decisions which eventually lead to the best possible outcome for our son going forward. He held our son accountable, and developed an action plan which the courts would look upon favorably once sentencing day arrived. John also demonstrated outstanding communication skills in working with police officers, and detectives related to the case; this was critical to the eventual outcome for our son. In closing, we are forever grateful for his outstanding legal counsel and compassionate approach to our son's difficult case. We strongly recommend John to anyone in a similar situation. We found that when you work with someone over a length of time one acquires a certain insight and appreciation for who they are as a real person and we were never disappointed in his integrity. John was not just a defense attorney in the case; he was and remains to be a person of high integrity grounded in service and ethical values. Case closed.

To whom it may concern, From the very moment I met John O'Shea he exuded a confidence and assurance that my legal issues would be handled in the very most professional and determined way possible. I can emphatically state that he did not disappoint. His knowledge and articulation of the law helped me through a rocky period in my professional career. He did it in such a way that was calm and collective. He understood my personality in that I was not looking for an attorney that was bombastic and overzealous. He was never heavy handed with me unless he felt my best interests were at stake. When he knew I felt shaken he instilled in me a confidence that everything was going to be all right, in an honest way and without giving me "false hope". He stated things clearly and frankly. He always treated me like I was his only client, returning my calls (or emails) promptly. John is the personification of what a proper attorney should be. His guiding hand helped my family with little fanfare for himself. He did his job quietly, confidently and professionally. I could not of asked for more and I can say with confidence that I would recommend John to anyone who is looking for a lawyer to deal with a criminal case.
See all reviews

Brien Miller, DUI and DWI Attorney on May 21, 2019
Relationship: Worked together on matter

John is a go-to person in the greater Cincinnati legal community. I have relied on his advice, and remain impressed by his knowledge and abilities. John's clients are well-served by his representation.

Mr. O'Shea is a knowledgeable, skilled, professional attorney. He is highly regarded by other lawyers as well as his clients. I endorse John O'Shea without reservation.

I endorse this lawyer. Having observed John in the courtroom, his legal knowledge and expertise are exceptional. John gives clear and practical legal advice, and understands how to get the best outcome for his clients. John's reputation in the legal community is pristine. I highly recommend John to anyone.

Mr. O'Shea is a top shelf attorney whom I have worked or consulted with in the past. He is dedicated and hard working for his clients. I endorse this lawyer.

I endorse this lawyer. John is extremely diligent and bright. He reviews a case from all angles and then targets the important facts and law that make a difference. He's not a timid man in court but a fighter for his clients.

John has a well deserved reputation as an excellent advocate for his clients in both state and federal court. His clients benefit greatly from his experience and thoughtful professional judgment.