For the past 13 years, Attorney Robert R. Kurtz has been dedicated to practicing criminal defense in federal and state courts. He earned his Bachelor of Arts degree in History from the University of Louisiana at Lafayette in 1995, and his Juris Doctorate degree with honors in 2000 from the University of Tennessee College of Law. In 1998, Mr. Kurtz started working in a private practice with several criminal defense lawyers. By 2004, he had realized that he wanted to have more personal contact with his clients, and decided to start his own practice. In 2007, Attorney Kurtz moved his practice to a historic building on Gay Street in downtown Knoxville, Tennessee. Mr. Kurtz is a member of the Tennessee Association of Criminal Defense Lawyers, the Knoxville Bar Association, and a Life Member of the National Association of Criminal Defense Lawyers. In addition to practicing law, Attorney Kurtz is dedicated to giving back to the Knoxville community. From 2009 to 2011, he worked as an Adjunct Professor in the Innocence/ Wrongful Convictions Clinic at the University of Tennessee, College of Law. Mr. Kurtz is the Criminal Justice Act District Panel Representative for the United States District Court for the Eastern District of Tennessee, where he serves as the liaison between the bar and the federal judiciary. He is a member of the Board of Directors for Federal Defender Services of Eastern Tennessee, and served on the Wesley House Community Center Board of Directors from 2006 to 2008. At Robert R. Kurtz, Attorney at Law, Attorney Kurtz is prepared to represent individuals facing a variety of charges ranging from minor misdemeanors to major felonies. To find out more about how you may be able to retain the representation of Attorney Kurtz, do not hesitate to contact Robert R. Kurtz, Attorney at Law today. 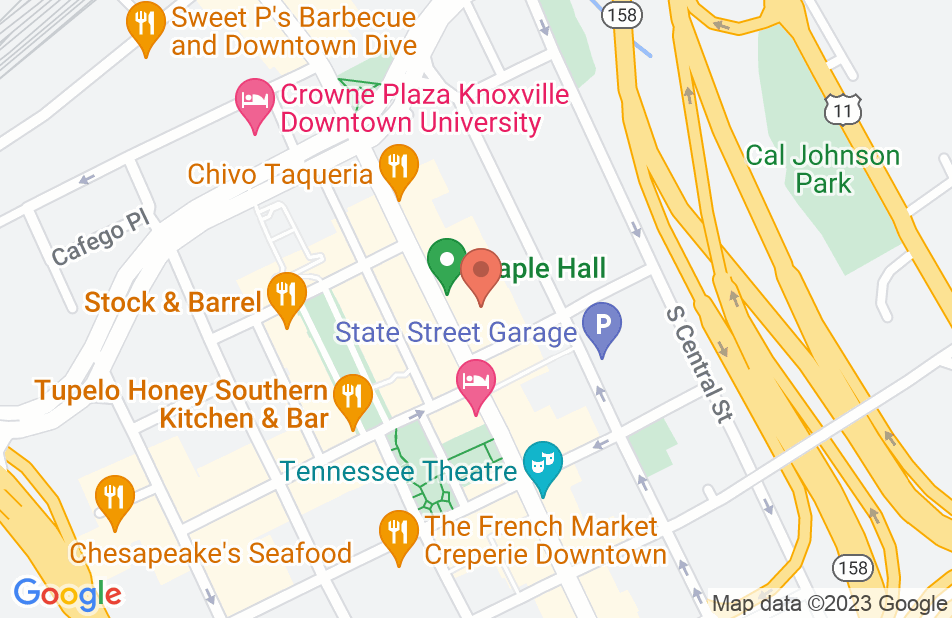 I contacted Mr. Kurtz on a matter that is not appropriate for his practice. He very courteously responded that the matter was outside of his wheelhouse and suggested the appropriate type of attorney. Sometimes it is what a person does not do that impresses, and Mr. Kurtz has definitely impressed in that manner.
This review is from a potential client who consulted with this attorney.
Consulted attorney

Mr. Kurtz in my experience working with has been a true caring professional. Knowledge of todays legal system far surpasses the norm. It was a pleasure working with and being represented by Mr. Kurtz. I would highly recommend his services to anyone needed a superior attorney.
This review is from a person who hired this attorney.
Hired attorney

Mr. Kurtz was very professional and knowledgeable. He followed through with exactly everything he told me he would. `I hope I will not need his services again but I will highly recommend him to anyone that does.
This review is from a person who hired this attorney.
Hired attorney

First and only lawyer I will ever go with now and in the future!

Mr. Kurtz was not only very professional with me during our initial meeting and court date, but he was very friendly with me as well. He answered all questions I had. 10+ stars all across the board. If you want a lawyer who walks the walk and talks the talk, look no further. Robert Kurtz is excellent in my opinion.

In 2013 I was involved in an accident and charged with DWI and 7 other charges in a commercial vehicle, had my big rig impounded and thrown in jail. My career was taken from me right in front of my eyes. I was looking at losing my license for 5 years to permanent suspension. Mr. Kurtz was very knowledgeable about my situation and was very informative. I lived 10 hours away and needed someone trustworthy I could count on. He was able to get all my charges dismissed, and is handling getting my rig back. I only had to fly out there 3 times, he didn't draw it out for years either, he prepared his case and was ready to go to battle as soon as the state got the toxicology report back. I had a hard time coming up with money for a top notch attorney but in this profession you get what you pay for. I couldn't have asked for a better outcome or a better attorney, the excitement he showed when he got all charges dropped is something that I will never forget. It has taken some time for me to process this whole situation and write this review. I wanted to make sure I got this right because people's lives are at stake in times like these and I don't want to mislead anyone. He is an attorney that cares... I am VERY pleased and THANKFUL for my decision to hire Robert Kurtz and would hire him again.....

I was charged for shoplifting a few months ago. Not something I'm proud of, and I was scared to death of the consequences that would follow. I saw several great reviews on Mr. Kurtz and decided it wouldn't hurt to call and get a little information. Mr. Kurtz was very knowledgable about the steps we would need to take, and was very reassuring. The way he acted made me feel much more confident. He handled everything throughout the legal process and I ended up with a great outcome to my situation. All I had to do was show up and he took care of the rest. Speaking from experience if it's even a question, hire a lawyer. I wouldn't have had a clue how to proceed through all the steps I had to take without him. I couldn't ask for a better lawyer. I will certainly contact him if any situations arise in my future that require legal counsel.

Robert took on my case and I immediately felt that I was in good hands and that he would represent me so that the Justice System would see that I was indeed not guilty of the charge. He got a full dismissal of the charge and my record is now expunged. Incredible...I am truly relieved and satisfied.

Robert was very professional and responsive to our needs. He kept us well informed and the outcome was one that was agreeable to us. He was reassuring but honest about the course of our case. Although I pray we will never need his services again, I would use him in a minute if needed.

I needed Robert's services when I was at my lowest ebb and an emotional wreck. He was able to guide me, not only through the convoluted and confusing legal system but gave me the will and means to see this through to an ultimately satisfactory conclusion.

Mr. Kurtz assisted me in a time of extreme need. Once he took my case he helped me both as a person and a client. My main goal was avoidance of jail time and he got me exactly that - no jail time. I could not have been more happy with having selected him as a lawyer and am very pleased with the outcome based on my circumstances. I would highly recommend Mr. Kurtz to anyone seeking representation.
See all reviews

I have worked along side Mr. Kurtz for over five years and have spoken with him from time to time regarding a variety of issues. Mr. Kurtz's principle's of candor, courage, competence, confidence and integrity are true mark's of a outstanding attorney.

Robert and I recently tried a case in federal court. I was fortunate to have had the opportunity to get to know Robert as an attorney and as a person. I was impressed with his knowledge of the law and courtroom abilities. I would recommend Robert without hesitation.

I endorse this lawyer. Always prepared and ready to provide the best representation for his client.

I endorse this lawyer. Mr. Kurtz is a very well-respected lawyer in the community known for getting excellent results and being an all around great guy!

Rob is a fantastic attorney. He is easily one of the best in Knoxville and the state of Tennessee. He's hard-working and responsive to his client's needs. I highly recommend him to anyone in need of a criminal defense attorney.

When a relative needed a criminal defense lawyer in Knoxville, I reached out to a number of attorneys and judges in my network for a referral. The name that repeatedly came up was Robert Kurtz. My relative has been extremely pleased with Mr. Kurtz's representation, and I, in turn, get to look like a genius for recommending him. I would whole-heartedly recommend Mr. Kurtz to anyone seeking a knowledgable, diligent, well-respected defense attorney.

Mr. Kurtz is an excellent criminal defense attorney. I highly recommend his services.

Robert is a super attorney and person. Extremely personable and has a fantastic ability to analyze a case. He is always available to answer any questions or give his opinion on any matter I am working on. The personable aspect always goes a long way with a jury. Having the folks deciding a defendant's fate relate to the defense attorney is a big part of the trial battle.

Robert and I recently tried a case in federal court. I was fortunate to have had the opportunity to get to know Robert as an attorney and as a person. I was impressed with his knowledge of the law and courtroom abilities. I would recommend Robert without hesitation.

I have worked along side Mr. Kurtz for over five years and have spoken with him from time to time regarding a variety of issues. Mr. Kurtz's principle's of candor, courage, competence, confidence and integrity are true mark's of a outstanding attorney.