·       Co-authored multiple bills for the Tennessee State Legislature at the request of the Office of the District Attorney, District Attorney General’s Conference, and the Public Safety Coalition 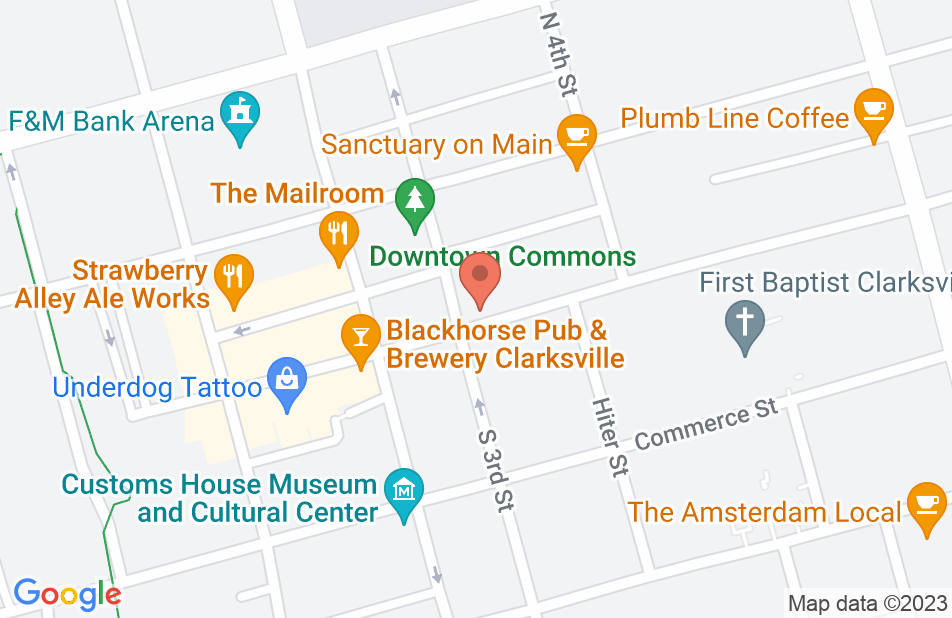 My lawyer gave me a worry free process and amazing customer service! I was an out of state client and the way I treated made the process so stress free!
This review is from a person who hired this attorney.
Hired attorney
Christopher Clark's response: Thank you, Isaac. I know how stressful litigation of any kind can be. We go to great lengths to minimize the stress caused by the legal system. As you know, one of the ways that we do this is to educate our clients on the process by teaching them how the system works and what to expect. We are glad that this approach worked for you.

Mr.Clark was excellent in handling my case, he went above and beyond to help me get my case taken care of. Although it is hard to get him on the phone a few times but it’s because he’s a very busy individual, I do recommend hiring him!
This review is from a person who hired this attorney.
Hired attorney
Christopher Clark's response: Thank you for your recommendation and understanding regarding phone calls. Our local courts have dockets that start at 8:00 a.m., 8:30 a.m., 9:00 a.m., 10:30 a.m., 11:00 a.m. and 1:30 p.m. We do our best to schedule phone conferences as soon as possible around those daily dockets.

I would absolutely recommend Chris. The charges I was dealing with were serious and I could have faced serious jail or prison time. Chris got me an outcome that is better than I could have imagined. One case was dismissed. The other had judgment deferred and will be dismissed after completing probation. I'm happy to be moving forward with my life and am so glad my family hired Chris.
This review is from a person who hired this attorney.
Hired attorney
Christopher Clark's response: Frank, thank you for your comments. I agree that it was by far the best possible outcome. In fact, it was better than we could have dreamed of at the beginning. It was only possible because of the team approach between you, your family, and your legal team at Patton & Pittman. I know at times some of my advice seemed unorthodox but you trusted me and I thank you for that. At the end, it was you that asked me to take a leap of faith. I did and it lead to a great outcome. What I want everyone to understand is that you can't just hire an attorney and expect the attorney to do everything. It is truly a team approach. You did amazing things in your own life that gave me better information to present on your behalf. Thank you and good luck.

I'm honored  to give this review for Mr. Chris Clark. Hoping this reaches out to not only civilian but military community as well. I was then referred to Mr. Clark because of the magnitude of  of my case, so if you are looking at  a serious charge you need a trial attorney.  Mr. Clark has been on both sides, he handled my case  professionally and he guided me through every step along the way, with ultimately all my charges being dropped. As a  decorated and honorably discharged Army soldier, I got to keep my life intact with all my benefits and honorable status. So in closing to civilian and Military communities, this is a no-brainer, call Mr Clark. He's in the top percentile of the state for a reason. J.R.
This review is from a person who hired this attorney.
Hired attorney
Christopher Clark's response: J.R. Thank you for taking the time to share your experience. I take great pride in being able to help our military men and women. It is the least that I can do when you all have sacrificed so much for our freedom. I see it as a way to honor my father, grandfather, and other family members who have also served. It was an absolute pleasure to be your advocate and to stand beside you as the charges against you were dismissed.

He did a great job with my case!

My family and I were very happy with Chris. He was always prompt, professional, practical, and honest. I was fighting some very difficult criminal charges and the DA was pushing hard for an outrageously severe 10 plus year prison sentence. We went all the way to trial, and while I wasn't aquitted (which was a long shot anyway) I was found guilty of lesser charges, therefore, instead of a life altering prison sentence, I served 9 months in the local jail, and I'm now moving forward with my life! With a lesser attorney, my life may have been over as I knew it. A great lawyer and a great person as well. Highly recommend.
This review is from a person who hired this attorney.
Hired attorney
Christopher Clark's response: Richard, thank you for your awesome recommendation. I thoroughly enjoyed getting to know you and your family throughout your case and now consider you all friends. You aren't kidding when you say this was a hard fought case. However, we had a plan, stuck to it, and it paid off. I'm so happy that you and your family were pleased with our team's work and the results.

Did an amazing job for me. I would definitely recommend him he’s a great person too.
This review is from a person who hired this attorney.
Hired attorney
Christopher Clark's response: Thank you, Jason for your recommendation and kind words.

Mr. Clark is a very professional and competent lawyer. He is very friendly and work on my expungement quickly. He has always personally talked to me when I had questions or concerns. Would highly recommend Mr. Clark for any legal matters in Tennessee.
This review is from a person who hired this attorney.
Hired attorney
Christopher Clark's response: I appreciate your recommendation. I'm glad we were able to reach your goals in a timely manner.

Obviously not bottom of his class in law school

I had called a few attorneys in the area for a consult on my case and was getting discouraged because they could not give me confident answers to questions I considered important. Mr. Clark was knowledgable, confident, and respectfully answered my questions. He successfully handled my case, did everything he said he was going to do, and charged me less than I had been quoted by others. Not only does he exude competence, but the people who work for him do as well. So thankful I didnt settle for second rate. Hope I never have to, but I would hire Mr. Clark again.
This review is from a person who hired this attorney.
Hired attorney
Christopher Clark's response: Wow, thank you for your recommendation. Choosing an attorney to protect your freedom is a very important decision. You have to know that person is going to do everything possible to help you. You did the right thing by interviewing several attorneys to see who felt right. I'm honored that you chose me and my team to help you. We take what we do very seriously and earnestly strive to earn your trust. Thank you for sharing your experience.

My family hired Chris Clark for a murder trial. That started in Aug2016 n its just wrapping up July2018 n he worked hard to defend me and at the end he fought to dismiss it and he did and worked very well with n for me...I definitely recommend him...5 stars
This review is from a person who hired this attorney.
Hired attorney
Christopher Clark's response: Thank you, Erica. Being falsely accused of premeditated murder has to be one of the most frightening things anyone can experience. I'm honored that you put your trust in me for one of the most important events in your life. We stood our ground and it paid off. Case Dismissed! Congratulations and thank you for the recommendation.

Proffessional and one of the best!

Hands down I could not have been more satisfied with Mr. Clark as my attorney. When I saw money well spent I mean it!! From the very first consultation through the whole step by step process, Mr. Clark kept me informed and let me know the expected outcome. It was GREAT by the way. I am an out of state client which made things difficult for me yet Mr. Clark did not let that become an obstacle. He handled everything. Again money well spent. If you are in need of an attorney I HIGHLY recommend Chris Clark to represent you.
This review is from a person who hired this attorney.
Hired attorney
Christopher Clark's response: Jon, we are so happy that you were satisfied with the work that we did. Thank you for allowing us to work with you on a positive resolution.
See all reviews

I endorse attorney Christopher Clark. Chris and I first met while working on opposite sides of the aisle on a case that resulted in a hard fought battle in the courtroom. Chris is a formidable trial lawyer who is intelligent, professional, and dedicated to his clients. He brings his A-game every time and consistently garners successful results for his clients.

Mr. Clark is an experienced, skilled, and highly-qualified attorney. He represents clients and causes zealously. He is also very approachable and practical, and his clients appreciate that. I definitely endorse this lawyer.

I have watched Chris in Court on several occasions, he's confident, smart, and always prepared. He and I are working on a case together right now which I'm confident will result in "not guilty" for both our clients.

I endorse this lawyer. In my opinion, you couldn't have a better person to represent you in Montgomery County.

I have known Chris for many years and have sought his assistance on several cases. Chris is the consummate professional and has always represented his clients with zeal and exceptional skill. I consider myself honored to know and work with him.

I endorse this lawyer. As a former prosecutor, Chris is well-versed in criminal defense.

I endorse this lawyer. Chris and I have practiced together for almost 3 years and during that time I have found him to be a very thorough and detail-oriented attorney. Chris worked with the district attorney's office for 6 years and this experience is invaluable in his criminal defense practice whether it involves reaching a more favorable settlement for his clients or trying a case. One of Chris' strongest qualities is that he is not afraid to try a case if he does not feel the State is making a fair or reasonable offer to his client.

I endorse this lawyer. Chris is highly respected by Bench and Bar alike. He is not afraid of the fight and is always prepared!