Ms. Reese graduated in the top of her class from the Cumberland School of Law at Samford University in Birmingham, Alabama in 1999.  While at Cumberland, Ms. Reese served as the Senior Associate Editor of the American Journal of Trial Advocacy and had several articles published during her tenure with the American Journal of Trial Advocacy. Her articles can be found at the following citations:

Ms. Reese has spoken before the Alabama Senate Judiciary committee several times in regard to Alabama's system of indigent defense.  In 2010, Ms. Reese was appointed to the Senate Judiciary Committee Sub-Committee on Indigent Defense by the Honorable Sue Bell Cobb, Chief Justice of the Alabama Supreme Court and still serves on that committee today.  Ms. Reese is a founding member of the Jefferson County Association of Family Court Attorneys (JCAFCA) and has served that organization as Vice President.  Ms. Reese is currently on the By-Laws Revision Committee for JCAFCA.   Ms. Reese has been recently appointed to the 2014 Birmingham Bar Association Scholarship Committee which reviews law school scholarship

Ms. Reese is a member of the Cathedral Church of the Advent located in Birmingham, Alabama.  Ms. Reese currently serves as the Alpha Delta Pi Collegiate Province Director for the Beta I Province.  She oversees and assists three chapters of collegiate women at Troy University, Epsilon Kappa Chapter, the University of Montevallo, Zeta Delta Chapter and the University of North Alabama, Zeta Eta Chapter.  Prior to serving as Beta I Collegiate Province Director, Ms. Reese served as the Chapter Advisor for the Zeta Delta Chapter of Alpha Delta Pi Sorority at the University of Montevallo for three years and as the Standards Advisor for Zeta Delta for four years.  Ms. Reese believes that it is one of her callings to inspire young women to pursue higher education and become strong, ethical leaders.  Ms. Reese is also an active supporter of Ronald McDonald House Charities. 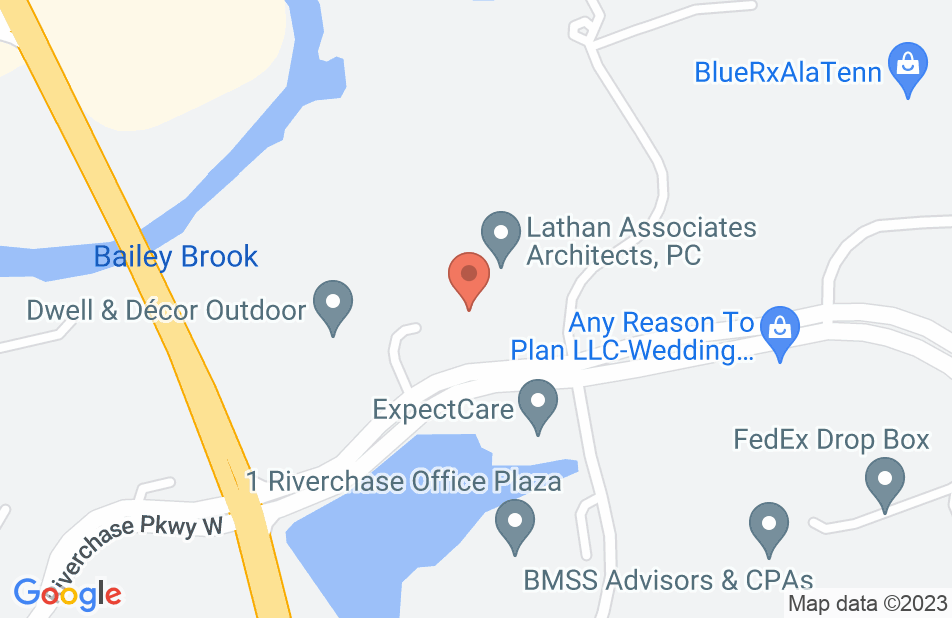 I hired Ms. Wendy for an uncontested divorce which unfortunately became contested. Wendy was great, patient and attentive. The documents drafted were top notch and I loved that they were sent to me to review each time a document was filed. I would definitely recommend Ms. Wendy.
This review is from a person who hired this attorney.
Hired attorney

Ms. Reese represented me in a child custody case in Jefferson County Family Court. She is very knowledgeable and experience in handling child custody matters. She was able to assist me in understanding the process and facilitate communication with DHR. Wendy was a strong advocate for me and I cannot thank her enough for the countless hours she spent working on my case. We spent numerous hours in court and I was able to watch lots of attorneys and I can say, without a doubt, that Wendy is one of the best. Do yourself a favor and hire her if you are seeking to regain custody of your children.

Wendy handled an adoption case for me in Jefferson County Probate Court. The adoption went very smoothly and Wendy was great about getting all of the paperwork drafted and filed quickly. My husband and I were very impressed with Wendy's office and that Wendy kept us informed and up-to-date regularly with how the case was proceeding. I am very pleased with the results and would recommend Wendy to anyone needing an adoption/family law attorney.

Professional, well prepared attorney, that will fight for you!

My case wàs particularly difficult as my ex was not only attempting to end my alimony but also was dragging me through bankruptcy court. Ms. Reese, contacted a bankruptcy attorney to help guide us through the waters. She held my hand through the two year ordeal and never let me give up. The results were better than I could have expected, not only did we get everything we were asking but we also got an increase in my alimony. I highly reccommend Ms. Wendy A. Reese for any of your family court needs.

Most patient and understanding attorney ever!

Over the past several years I have personally had to deal with a divorce, child support, and financial issues from the divorce. Ms. Reese has been absolutely the best in helping me through all of those issues and keeping me focused on the right way to handle them with character and dignity. I would be comfortable in recommending Ms. Reese to anyone. She is awesome! Thanks for all you do.

Wendy was my child custody attorney in Jefferson County Family Court. My parents filed a petition seeking custody of my children and I hired Wendy to defend me against their petition. I was pleased with my initial meeting with Wendy. She was very clear in explaining how Family Court worked and explaining the process. I was also pleased with how Wendy handled herself in court, fighting for me and my children. She was diligent and effective. I was pleased with the outcome of the case. I retained custody of my children and the case was closed. I have since hired Wendy to represent me in a child support matter and am just as pleased with the services she is rendering in that matter. I would definitely recommend this attorney.

Ms. Reese represented me in a child custody matter. I really appreciated how open and honest she was with me at all times during my case. She really knows the law and is excellent in court. She really fought for me and my daughter. I would not have custody of my daughter today if it was not for Ms. Reese. I recommend her to anyone needing assistance with legal matters involving child custody.

I hired Wendy for a divorce matter. My husband had been threatening me and I needed help quick. Wendy met with me the day after I called. She was very understanding and sympathetic. I thought I would "shop around" for attorneys but after meeting Wendy and her staff and the respect, dignity and confidentiality I was shown, I decided to retain Wendy on the spot. Although this was a very stressful and worry filled time in my life, Wendy did everything she could to reassure me and the frequent communication between her office and myself helped to keep my anxiety at bay. I would HIGHLY recommend the Law Offices of Wendy Allison Reese, LLC to anyone seeking a divorce or child custody attorney in Jefferson or Shelby County, Alabama. This is the best experience I have ever had with an attorney!

I retained Wendy Reese to represent my 19 year old granddaughter in a paternity/custody case in March of 2014. She provided us the legal assistance and direction that we needed to CALM a very emotional situation. I really appreciated Wendy's down-to-earth, honest communication style and her calming legal demeanor throughout our legal proceedings. She handled our legal woes very effectively and got the desired results we were seeking. She professionally negotiated a support/visitation agreement that I feel was fair for all parties involved. Most importantly, we retained primary custody and obtained the financial support from the father of the child that was needed to assist this young mother and her child going forward.

The worst legal representation I have ever experienced

This is the worst lawyer I have ever come into contact with. I came to her based on these reviews, and wish I had looked elsewhere. On two separate occasions, she went to court knowing the other party had not been served. Why go to court when nothing can be accomplished unless you're simply trying to drain the retainer? It was hundreds of dollars wasted. I was also told by her that she would let me know whether I should come to court on another date. I emailed after not hearing anything weeks after and was told to come. I took off work, showed up, and she was not even there. Beyond all common courtesy, I was billed for the subsequent phone calls I made for showing up for no reason that amounted to less than 6 minutes. When I asked that they be removed, the immediate rebuttal was that they forgot $200 in fees on my invoice from months prior, but would be happy to remove the $50. I was also emailed someone else's extremely private DHR document instead of mine. Even after voicing my uneasiness to Wendy, I did not receive an apology. I have never received an apology for this unprofessionalism. I felt like a paycheck, not a valued client. The unethical treatment took an anxiety inducing situation and made it a complete nightmare. I hired her Dec 2017, and after $2,054 of legal fees, have gotten absolutely nothing accomplished.
This review is from a person who hired this attorney.
Hired attorney

I’ve had cases against Wendy, and she is a very competent attorney. She works hard for her clients and obtains great results. She is a pleasure to work with and well-liked among lawyers and judges.

I endorse this lawyer. Wendy is a dedicated, diligent and professional attorney, bound to solve even the most complex and challenging cases. She is a top notch attorney in her areas of practice and a well respected lawyer in the legal community. I recommend her quality services without hesitation to anyone seeking legal representation.

I endorse Ms. Reese whole heartedly. She knows the law and how it is applied in real life. She is one of the people out to help others and makes me proud to be an attorney.

I endorse Attorney Wendy Reese. She is highly skilled in the courtroom as well as on appeals.

I have reviewed Wendy's gratuitous responses helping others. Wendy is well written, has knowledge and experience in the area of matrimonial law.

I wholeheartedly endorse Ms. Reese. A brilliant, trustworthy and highly respected attorney in the legal community

This lawyer is highly respected in the community. I endorse this lawyer.