William H. Beck was born December 28, 1971 in Arcadia, California. As a youth, Mr. Beck achieved the highest rank in Boy Scouts, the Eagle Scout, and spent two years in Europe where he learned to speak fluent German. After High School, Mr. Beck attended the National Polytechnic College of Science in Los Angeles where he specialized in Hyperbaric Medicine and received a Commercial Diving Certificate with a concentration on Advanced Dive Medicine in 1994.

Mr. Beck worked as a Paramedic in Los Angeles County and served four years as a Fireman in the United States Navy Reserve attached to the Navy Submarine Command in San Diego, California. Mr. Beck has also worked in the construction management industry and for the Public Transportation Department for the Municipality of Anchorage, Alaska.

Mr. Beck returned to college in 2000 and earned a Bachelor of Science in Business Management from Brigham Young University in 2004 and a Juris Doctor from the University Of Florida Levin College Of Law in 2007.

After graduation, Mr. Beck served as a Trial Court Law Clerk and Judicial Staff Attorney for the Fifth Judicial Circuit of Florida. 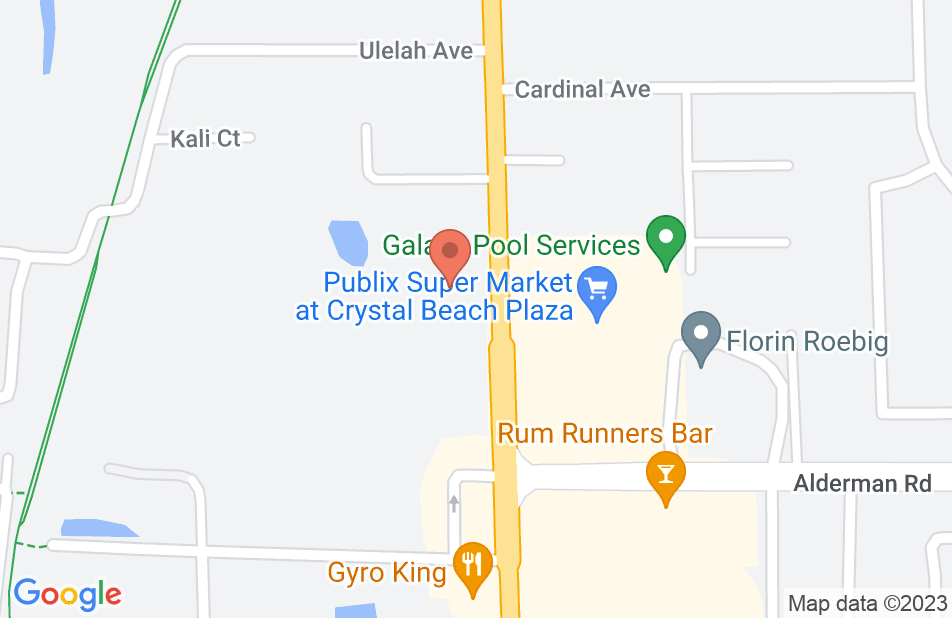 Down to Earth and Easy to Talk to

I had a consultation with Mr. Beck in March and while I was there he made me feel like I was part of his family. He explained what my rights were in my child custody issue and what the process would be. I was up front and honest about my financial situation and Mr. Beck didn't seem to be bothered by this. He still treated me with respect and integrity.
This review is from a potential client who consulted with this attorney.
Consulted attorney

A great lawyer for family law

Explained to me everything that I asked and was so nice and took the time out of his busy day to help me with my case. A lot of lawyers say they can help you but Mr Beck really puts in the time to listen to every detail about your case and will let you know what his opinion will be.
This review is from a potential client who consulted with this attorney.
Consulted attorney

I just got off the phone with Mr. Bill Beck and was extremely impressed to say the least. He spent an hour discussing and reviewing our rights during my free consultation. He was extremely informative regarding relocation rights and information pertaining to our special needs daughter. Mr. Bill Beck will be our go to attorney and a lawyer I will highly recommend to anyone in need.
This review is from a potential client who consulted with this attorney.
Consulted attorney

I tried to represent myself in my divorce and got severely taken advantage of by the Petitioner's attorney. The judge gave the Petitioner everything she wanted and then some... to the point of rubbing salt into my wounds. When I receive the final judgement, signed by the judge, I took it to Mr. Beck expecting him to tell me what every other attorney had told me. "Sorry Pal, Your Screwed." In the free consultation, Mr. Beck looked at the final judgement carefully. He made comments and notes. After reading the judgement and having me tell him a little bit of what happened to me as I tried to represent myself Pro Se, he told me that he was confident that he could probably get the FINAL judgement SET ASIDE and we could restart the divorce process as though this nightmare had never happened. I retained Mr. Beck and hoped that his supreme confidence was not salesmanship. Mr. Beck wrote ONE motion, scheduled a hearing with the same judge who signed the final judgement and within ten minutes, Mr. Beck convinced the judge to overturn his own judgement. The opposing party's attorney tried to argue with Mr. Beck in the courtroom. Mr. Beck stayed calm and professional. Mr. Beck is a no-nonsense, "smooth operator" and he knows the LAW.

Bill is knowledgable and compassionate. I felt confident with him representing me in a very contentious battle. No one ever "wins" when children are at issue. You have to just have faith in your attorney and I'm glad I put it all in Bill's capable hands. He is easy to talk to and respectful of my opinion. Our case went as well as it possibly could've under very complicated circumstances. Thanks to Bill.

Bill Beck is the Bomb

Attorney Beck and his staff came to our rescue when the lawyer we had removed himself from our case due to health issues. He has been fantastic in every way. If you need a trustworthy, responsive, knowledgeable attorney, Bill Beck Law is the firm you want.

Everything went as he said it would

I was out of state and needed to hire an attorney in the Pinellas area to take over my divorce without me having to fly back there. I spoke with Bill Beck on the phone for about 30 minutes about my case and I felt very comfortable with him and his approach to my issues. He got everything started and I flew back when it was time for my court date. Everything went as he said it would, and I’m now finally done with this whole mess and able to move on with my life.

My wife and I have been married for 20+ years and have multiple properties together, so our divorce was not going to be pretty. I met with Bill Beck and found him to be a fair man. He made some suggestions that could help everything go smoother. I liked that he was not trying to get me to ‘rip off’ my soon to be ex-wife. We are in the middle of the proceedings and I feel like he has helped everything be as civil as possible. I don’t feel like I am being taken to the cleaners by my wife and the feeling is the same for her. I believe this is due to the fact that my attorney wants the best for me but has kept the long term picture in mind, I need to be able to live with myself in the end. I highly recommend Bill Beck law.

I met with Bill Beck for a free consultation about my child custody battle this last month.

I met with Bill Beck for a free consultation about my child custody battle this last month. He told me upfront the problems that I was facing and the possibility of not winning. He took time with me and I felt at the end it would be a waste of my time to proceed. I did get a second opinion and got the same information, but I had to pay $100 bucks for it. I know now if I want an attorney I would go back to Bill Beck.

The Best of the Best

Bill Beck represented me in a very lengthy and difficult custody battle post divorce. I have a special needs child and he was very compassionate about her issues and how that would affect our case. I had been through 2 other lawyers prior to finding him and I wish I had had him from day one. He probably would have saved me a lot of time, money, and anguish. He was so wonderful to work with. He was honest and professional and looked out for mine and my daughter's best interests. He always took the time to talk to me whenever I wanted or needed to. His staff was kind and professional. I would recommend him 100 times over to anyone I know. Although I hope to never need him in the future, I would definitely call on him again if I did and I am glad to know he is there to help. I can truly say that the outcome of my case and how he made that happen changed mine and my daughter's life forever. Thank you could never say enough. I will forever be grateful for him.
See all reviews

A. Emerson, Divorce and separation Attorney on Feb 18, 2015
Relationship: Opposing Counsel on matter

I had the opportunity to be opposing counsel on a case with Attorney Beck. I strongly endorse him for any of your family law needs. He is a hard and very meticulous worker.

I endorse this lawyer. Bill and his team are the best around when it comes to family law.

I endorse this lawyer. Attorney Beck, and all of the other attorneys in his firm, offer outstanding legal knowledge, skills and customer service. I would not hesitate to hire Attorney Beck and his firm to assist with any family law matter!

Bill Beck is an expert, principled and zealous advocate. I highly recommend him for any and all family law matters.

Bill is a great family law attorney, and I know from personal experience he's a great person as well. There is simply no better option for someone with a domestic issue in his part of Florida.

A. Emerson, Divorce and separation Attorney on Feb 18, 2015
Relationship: Opposing Counsel on matter

I had the opportunity to be opposing counsel on a case with Attorney Beck. I strongly endorse him for any of your family law needs. He is a hard and very meticulous worker.

Mr. Beck is a compassionate attorney whose sincerity and good character as a man translates into strength and confidence as an attorney.

I endorse this lawyer. Bill was my employer for almost 3 years. During that time I observed his negotiation and litigation skills first hand. Having seen his work both in court and "behind the scenes", I would recommend him to anyone with a family law issue.

I litigated a lengthy divorce case against Bill Beck. Although the case was contested, Bill was a gentleman thoughout the case and was a pleasure to work with. But, make no mistake, Bill was also a tenacious attorney who was a strong advocate for his client. I highly endorse Bill Beck to represent any person needing a divorce attorney.