Jordan L. Tawil has been a resident of the Tampa Bay Area since birth. After graduating Berkeley Preparatory, he earned his Bachelors Degree at The George Washington University in Washington D.C. with a focus in Political Science and Electronic Media.

Upon his acceptance to Stetson University College of Law, Tawil returned to the Tampa Bay Area and completed his law degree in 2009.  In 2007, Tawil interned with Dennis LeVine & Associates, and in 2008 he clerked for Tampa Firm Cohen, Jayson & Foster. After gaining acceptance into the Florida Bar, Tawil was sworn in by the Honorable Circuit Court Judge Rex Barbas in the Thirteenth Judicial Circuit of Florida.

After becoming a member of the Florida Bar, Tawil worked as an Assistant Public Defender for the 6th Judicial Circuit, Pinellas County. In 2010, he left the Public Defender’s office to accept an of counsel position with Charles M. Britt, III in Bradenton, FL. During this time, Tawil formed his own practice, Jordan L. Tawil P.L., and began litigating criminal defense, family law, and civil rights cases in Manatee, Sarasota, Pinellas, and Hillsborough Counties. In the Fall of 2010, Tawil became a member of the Federal Bar in United States District Court for the Middle District of Florida. 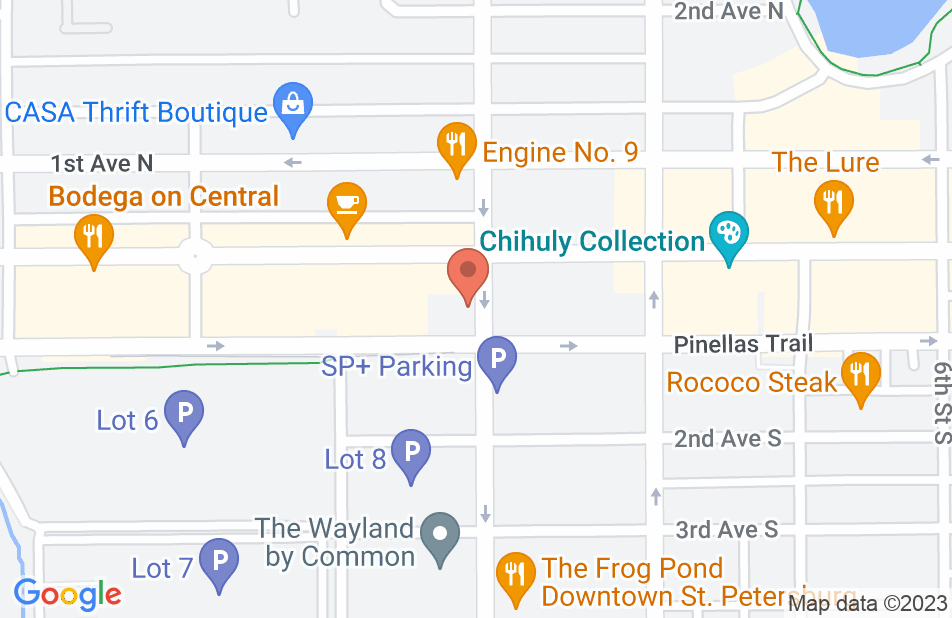 He took the lead on a protest related charge I had and handled everything for myself and another protestor who were wrongfully arrested. Jordan was easy to work with, explained or sent guidance so we/I knew what was going on and helped us every step of the way. I would highly recommend Jordan and anyone he is associated with to handle your legal matters in an easy to understand, graceful, dignified, honest way.
This review is from a person who hired this attorney.
Hired attorney

I was in desperate need of help with litigations and at the last moment with a court date approaching Mr.Tawil saved my life with his outstanding performance and professionalism. He was very understanding and most of all affordable. I appreciate Mr.Tawil for soothing my concerns about a cliche lawyer who's strictly about monetary gain because, I feel he treated me like I was more than just another case. He treated me as If I was a family member of his and his life depended on the outcome of my case. I Thank Mr.Tawil so much for his dedication and support. I will always look to Mr.Tawil and his colleagues in regards to guidance on litigations from here on. Thanks again!
This review is from a person who hired this attorney.
Hired attorney

I hired Jordan for a DUI defense & he got the case dismissed on an illegal stop defense. He worked really hard on my case & I’ll be forever grateful to him. I highly recommend Jordan Tawill.
This review is from a person who hired this attorney.
Hired attorney

I hired Jordan after a friends referral, as I was at a loss of whom to trust after my arrest for this misdemeanor traffic offense. My employment was on the line as I drive for my company daily . Jordan was very thorough in explaining all the steps and best options available to me along the way with his excellent knowledge of our court proceedings and expectations. He made sure I was asking the right questions that would give me the best outcome, always keeping me aware to protect myself. As I have extremely limited knowledge of how our courts operate, he was very patient in explaining the process multiple times. He made himself available at any time when I had a question. Last , he did get my sentenced reduced, saved my job and gave me the best possible outcome given my situation, Much appreciated!
This review is from a person who hired this attorney.
Hired attorney

I Contacted Jordan to help me with a traffic citation. He went above and beyond my expectations and I had a wonderful experience. After hearing the details about my ticket he explained my options. He worked very hard and was able to get my ticket dismissed. He set very clear expectations and followed up frequently throughout the process. I can’t thank him enough. I will hopefully not need him again, but I feel better knowing I can count on him.
This review is from a person who hired this attorney.
Hired attorney

A Lawyer That is Truly Dedicated to Helping You

I hired Jordan to help me with a traffic citation I received. Given my not so great driving history and Jordan's knowledge of the judge presiding the case not being the most lenient towards individuals with multiple infractions on their records, he presented me with multiple options on how to fight the case. In court, he fought to get the result I wanted. Overall, I'm very happy with Jordan and will recommend him to anyone that needs his services.
This review is from a person who hired this attorney.
Hired attorney

I have been represented by Jordan Tawil on several cases and have been nothing but satisfied with the outcome. Jordan is very efficient and eliminates much of the stress that the judicial system can place on an offender. Each time I am facing allegations I am relieved knowing that Jordan is my attorney and feel certain that the matter will be resolved with minimal repercussions. I am very grateful to have such a great attorney and owe him my gratitude for helping me when times were rough. Not only is he professional but he is also someone you can talk to on a personal level which is rare with attorneys. I highly recommend Jordan Tawil and would undoubtedly use him again in the future. If you are in search of an attorney do yourself a favor and have Jordan represent you.
This review is from a person who hired this attorney.
Hired attorney

Jordan has helped me with 2 of my cases! He didn’t stop until we got what we wanted. I would recommend him to anyone who needs a hard working lawyer to get the job done!
This review is from a person who hired this attorney.
Hired attorney

I came to Jordan with my criminal case, and I immediately felt at ease because I could tell that he was knowledgeable and experienced. Within about 20 minutes of hiring him, he dug in and took action in my case. I never had difficulty getting in touch with him, he always kept me updated, and we got the issue completely resolved (a dismissal!!) within about one month! Thank you Jordan for helping me put this issue in my past! I would hire him again and will recommend him to everyone!
This review is from a person who hired this attorney.
Hired attorney

Mr. Tawil is an amazing attorney who went above and beyond for my case, I am so grateful for the time he took to explain everything and ensure I was confident and prepared for court.
This review is from a person who hired this attorney.
Hired attorney
See all reviews

I went to school with Jordan and have known him for years. He is a passionate advocate and will fight for what is right. I have referred multiple clients to Jordan and all were very happy with the outcome he was able to obtain. I would recommend him to anyone who needs guidance in interaction with law enforcement or defending a criminal matter.