An experienced and committed advocate who will fight to get the results you deserve.

Anthony “Tony” Chauncey practices in the areas of Bankruptcy, Foreclosure Defense, Criminal Defense, Traffic Citations, Family Law, and Personal Injury. Mr. Chauncey has counseled clients in many areas of the law including representation of numerous individuals and business entities in transactional and litigation proceedings in Florida’s state, federal, and bankruptcy courts. Mr. Chauncey has helped hundreds of clients achieve a fresh start financially using the federal bankruptcy laws. He is experienced in Chapters 7, 11, 12 and 13 under the Federal Bankruptcy Code. His criminal practice includes the defense of clients accused of crimes such as DUI, traffic offenses, drug possession and trafficking charges, disorderly conduct, white collar offenses, domestic violence, shoplifting and theft crimes, assaults and batteries, burglary and robbery crimes, juvenile offenses, weapons charges, and violations of probation.

Mr. Chauncey graduated in 1993 from the University of North Florida with a Bachelor of Arts degrees in Accounting and Banking and Finance with a minor in Economics. He earned his law degree from Florida Coastal School of Law. Prior to becoming an attorney, Mr. Chauncey was a successful businessman, practicing as a financial advisor, bail bondsman, private investigator, and a certified process server. He is familiar with both the state and federal court system in the North Florida area and draws upon his knowledge and experience in order to best serve his clients. 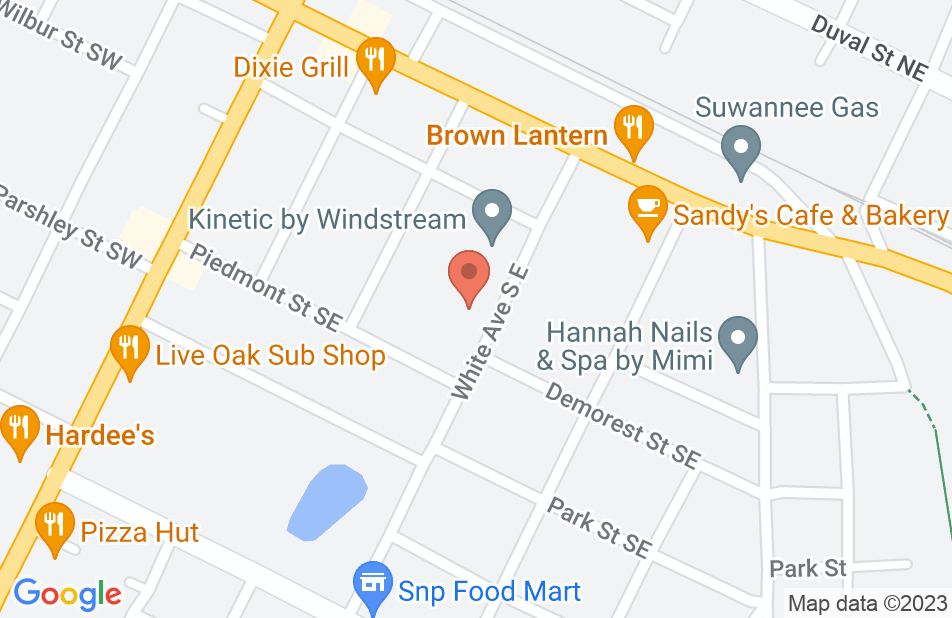 Tony successfully diverted felony charges against me within a 6 month time frame.
This review is from a person who hired this attorney.
Hired attorney

Excellent, personal, helpful at all stages

Tony is a fantastic lawyer. At every step of the legal process, Tony was there for me. He stayed on top of everything, and helped me through a very difficult time in my life. He is very knowledgeable about all aspects of the law, and at every step provided solutions that helped. Words cannot describe how much I appreciate all that he did for me
This review is from a person who hired this attorney.
Hired attorney

Tony Chauncey was very knowledgeable and told me exactly what was going to happen every step of the way. He went above and beyond to finish this as fast as possible. Its been such a relief to us.
This review is from a person who hired this attorney.
Hired attorney

review for anthony chauncey {my attorney)

I hired Mr. Chauncey to help me file a bankruptcy. He was very professional and new just what to do. I will use him for any legal work I need in the future.
This review is from a person who hired this attorney.
Hired attorney

Mr. Chauncey (Tony) handled a family law matter for me and consistently treated me with respect and compassion. I highly recommend Tony and his firm.
This review is from a person who hired this attorney.
Hired attorney

Anthony guided me unerringly through an anxiety-ridden bankruptcy case. Thoroughly professional, unquestionably ethical, and highly responsive to the client's needs. Inspires confidence and delivers on every commitment. Anthony Chauncey has my highest recommendation.
This review is from a person who hired this attorney.
Hired attorney

Tony was very helpful when I asked to change my Chapter 7 bankruptcy to a Chapter 13. Explained it all to me in detail. Respected my decision to change and followed through as a true professional. Went to court with me multiple times without hesitation. Very thankful!
This review is from a person who hired this attorney.
Hired attorney

After going through some pretty rough patches, being threatened with a civil suit my husband being injured and out of work for 6 months. I contacted Tony after an in depth conversation I decided filing chapter 13 bankruptcy was my best option. I was a little scared of filling but those fears were quickly put to rest. Tony and his staff took care of everything, and continue to take care of problems or questions as the arise.
This review is from a person who hired this attorney.
Hired attorney

Mr. Chauncey is kind and most professional. I went to him (and have also been represented by his amazing wife separately) with absolutely no knowledge of what to do after my mom passed away and he literally sat down with pen and paper and LISTENED. He was so so very helpful and his experience and knowledge is something to be praised. I left his office with confidence and a sense of ease (after so much stress and worry for months) He is the only bankruptcy attorney I would ever recommend. And I’m from outside his county. Well worth the travel.
This review is from a person who hired this attorney.
Hired attorney

Tony guided me through my bankruptcy in an extremely capable and professional manner. He was always immediately available to answer my many questions and concerns, and was always sensitive to the difficulty that one experiences in making this kind of decision. I highly recommend him to anyone who desires excellent counsel and follow through.
This review is from a person who hired this attorney.
Hired attorney
See all reviews

I heartily recommend Tony. He is an excellent attorney whom I regularly consult with regarding Bankruptcy and criminal law issues. If I needed an attorney I would not hesitate to hire him.

I have know Tony for close to 25 years. Tony is an excellent attorney and he strives to be the best in his areas of practice. I would recommend his services to anyone in North Florida seeking an attorney that will fight for their cause.

I heartily recommend Tony. He is an excellent attorney whom I regularly consult with regarding Bankruptcy and criminal law issues. If I needed an attorney I would not hesitate to hire him.

I have know Tony for close to 25 years. Tony is an excellent attorney and he strives to be the best in his areas of practice. I would recommend his services to anyone in North Florida seeking an attorney that will fight for their cause.

I have the pleasure of knowing Tony Chauncey both personally and professionally for many years. Tony is an extremely talented and well respected attorney in the legal community. He is exceptionally hardworking and diligent and is always available to his clients. He consistently achieves superior results both in his bankruptcy and criminal cases. His advice is always practical, on point and straightforward. He is an excellent counselor and advocate who is committed to his clients. Over the years that I have worked with Tony, I have consistently seen clients go into his office feeling burdened by their legal struggles and leave his office at ease, smiling and confident in the knowledge that he would take care of them. I highly recommend and endorse Tony Chauncey.

I endorse this lawyer. Tony Chauncey is an excellent attorney who practices with excellence and integrity. I worked with him on a number of cases when I was an Assistant State Attorney. Even though we practiced on opposite sides of the table, I always found Tony to be knowledgeable, fair and a zealous advocate for his clients. If you're looking for an attorney, I highly recommend Tony Chauncey!

Tony is a highly competent and professional attorney who zealously advocates for his clients. I endorse him

I’ve known and worked with Tony for many years. He is an outstanding bankruptcy attorney. He gives smart, practical, and thoughtful advice to his clients. Bankruptcy is a complex and unique area of the law. Tony has handled significant Chapter 11 corporate re-organizations, Chapter 12 farm re-organizations, and individuals with Chapter 7 and Chapter 13 bankruptcy cases and has the experience and knowledge to handle every aspect of a bankruptcy.

I endorse this lawyer. I have the utmost respect for Attorney Chauncey and find him an excellent Bankruptcy attorney that is also very professional on every level. I endorse him.