Jenny M. Thomas has devoted the majority of her career to criminal defense and opposing domestic violence injunctions. She has conducted many jury trials in criminal cases through verdict and has more than seven years of experience fighting for individuals charged with a criminal offense.

After completing her undergraduate degree at the University of Findlay in Ohio, Jenny graduated from law school at Stetson University College of Law in St. Petersburg, FL, in 2004. Prior to law school, Jenny worked as an adoption assessor and social worker in Ohio with special needs and high risk foster children.

During law school, Ms. Thomas completed an internship at the Alaska Public Defender's Agency, worked as a certified legal intern at the Sixth Judicial Circuit in and for Pinellas County and at Gulfcoast Legal Services providing indigent legal services in the Tampa Bay area. While in law school Ms. Thomas was honored with the William F. Blews Pro Bono Service Award, a Nominee for Inclusion in The National Dean's List, and served as a Public Service Fellow from 2002-2004.

After law school, Jenny Thomas gained valuable trial experience as Assistant Public Defender for the Thirteenth Judicial Circuit in Hillsborough County, FL, where she worked from 2005 until 2009. While at the public defender's office, Jenny Thomas successfully represented clients in misdemeanor and felony cases including serious drug trafficking, armed robbery, home invasion burglary and felony weapons offenses.  She has a vast understanding of litigating cases and ensuring that constitution rights are upheld for individuals subjected to unlawful search and seizure by law enforcement.

Jenny is originally from Upstate New York and spent seven years in Ohio before making the Tampa Bay area her home in 2001. 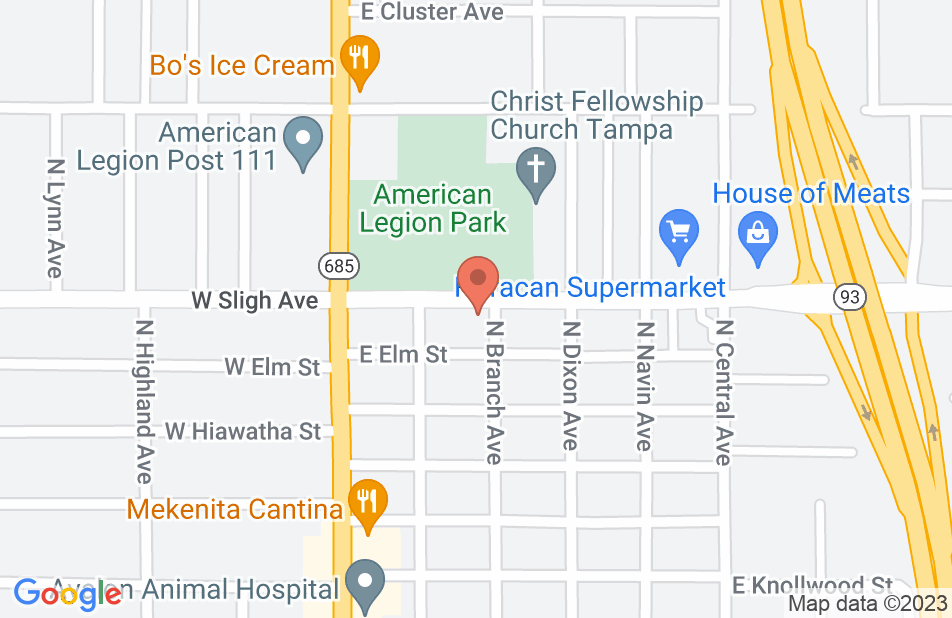 Jenny has helped me with two cases and has done an excellent job on both occasions. She is very qualified and works hard for you in your situation. I would highly recommend her to anyone.
This review is from a person who hired this attorney.
Hired attorney

I have had the pleasure of working with Ms. Thomas on multiple occasions. Every time she has been prepared, highly knowledgeable, and aggressively talented. I would highly recommend Ms. Thomas to anyone seeking an attorney who will skillfully and diligently handle their case.
This review is from a potential client who consulted with this attorney.
Consulted attorney

Attorney Thomas is a hard working, passionate, and reliable litigator. I was her colleague for many years and watched her fight for her clients day in and day out. She is an ethical and frank attorney. It was a pleasure to work with her. She successfully represented me in a traffic I have recommended her to friends.
This review is from a person who hired this attorney.
Hired attorney

Jenny Thomas did a great job handling my case. She was always very responsive and communicated exactly what was going to happen and when. I was very concerned about the charges and she was able to keep me informed without painting a rosy picture. Everything turned out well in the end thanks to her efforts and expertise.

Posted by Professional in TampaTue Nov 12 2013

I found Jenny Thomas to be a very ethical and professional Lawyer. She thoroughly investigates ever aspect of your case, leaving no stone unturned. She is extrememely prepared for court appearances with witnesses, case law and exhibits, and addresses every false statement that is made in court by opposing counsel. Her intent is not to gouge you, but to help you which is very refreshing in the legal field. I have also referred others to her, and will continue to do so.

Jenny Thomas is an exceptional attorney and advocate for her clients and a valuable asset to our legal community. I have had the privilege of working alongside Ms. Thomas on numerous criminal cases and know first hand how hard she works to protect the rights of her clients. Furthermore, Ms. Thomas is an avid supporter of the Tampa community and readily volunteers her time to educate and inspire our youth. I endorse this lawyer.

I have had the pleasure of working with Ms. Thomas on multiple occasions. Every time she has been prepared, highly knowledgeable, and aggressively talented. I would highly recommend Ms. Thomas to anyone seeking an attorney who will skillfully and diligently handle their case.

I have had the pleasure of trying criminal cases as co-counsel with Ms. Thomas. She is a diligent attorney who is very aggressive and loves her job. She will fight for her client, and doesn't have fear. I endorse Ms. Thomas.

Ms. Thomas is a very talented, skilled and extremely knowledgeable trial attorney. She fights tremendously and effectively for her clients and has significant experience in criminal defense. I endorse this lawyer.

I endorse this lawyer. Jenny Thomas is a hardworking and intelligent advocate. I strongly recommend her as an attorney.

Jenny Thomas is an excellent lawyer who fights relentlessly for her clients.