Samah ("Sam") Abukhodeir was born and raised in Lake Wales, Florida. Following high school, Ms. Abukhodeir moved to Tallahassee, Florida to pursue a Bachelor of Science Degree in Psychology with a Minor in Arabic at The Florida State University. Ms. Abukhodeir obtained her Juris Doctor from Florida International University College of Law, where she was on the Dean's List. While in law school, Ms. Abukhodeir worked as a Graduate Assistant to Law Professor Cyra Choudhury-recipient of the Santander & Institute for Global Law & Policy Doha Collaborative Research Grant from Harvard Law School- and was a judicial intern for the Honorable Marisa Tinkler Mendez, Circuit Court Judge in the Criminal Division of the Eleventh Judicial Circuit in Miami-Dade, Florida and the Honorable Maria M. Korvick, Circuit Court Judge in the Probate Division of the Eleventh Judicial Circuit in Miami-Dade, Florida.

After law school, Ms. Abukhodeir returned to the 11th Judicial Circuit Court of Florida as a staff attorney/case manager for the Honorable Maria M. Korvick, the Administrative Probate Judge. 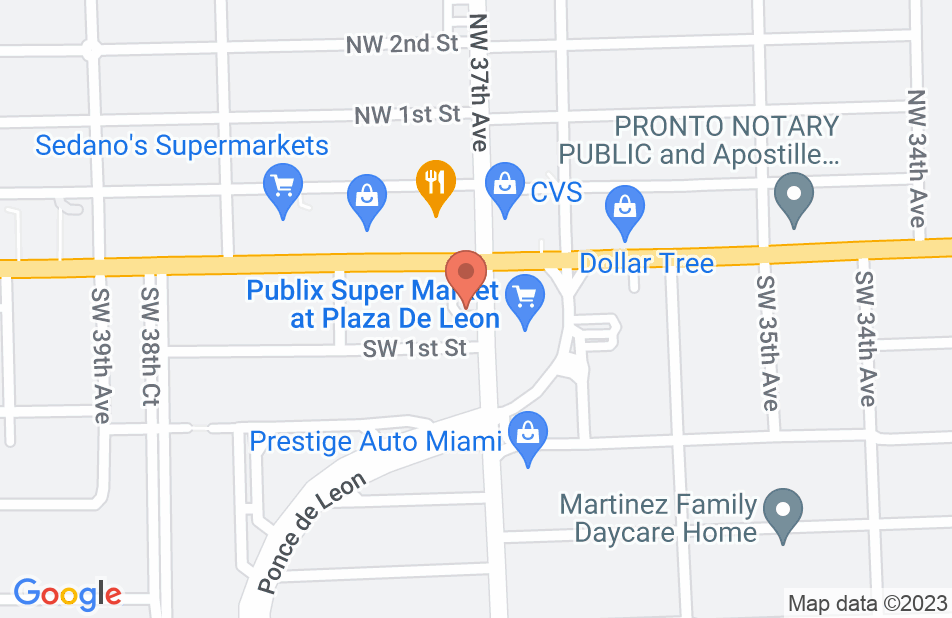 Samah is an incredible attorney. She worked with me every step of the way and made me feel comfortable about the process from start to finish. Not only did we get the outcome we were looking for, but it was as painless and simple as I could have ever asked. Highly recommend.
This review is from a person who hired this attorney.
Hired attorney

Samah was recommended to me to help me draft some documents, and I'm glad she was. She was effective, kind, and caring and I wouldn't hesitate to come to her for future business.
This review is from a person who hired this attorney.
Hired attorney

Sam helped me plan my estate in the event that anything were to happen. I was more than pleased with her attention to detail. This attention to detail ensured that I was not confused throughout the process and if I ever was Sam was there to provide clarity. I also never felt that she was hard to reach as many lawyers can be. I would definitely recommend Sam.
This review is from a person who hired this attorney.
Hired attorney

Samah and her team are an exceptional group. They made things easy for me and made me feel relieved. I was very stressed until Samah drew out a plan giving me that assurance I needed. She’s honest, respectful, and driven. I recommend you ask for her guidance, she’ll be more than happy to help!
This review is from a potential client who consulted with this attorney.
Consulted attorney

Samah is very attentive and thorough. She answered all my questions and always responded quickly. Definitely recommend!
This review is from a potential client who consulted with this attorney.
Consulted attorney

Divorce doesn't have to be scary!

Divorce is physically, mentally, emotionally, and financially exhausting. I hired Samah as my divorce attorney after reading her reviews online and she truly lives up to the name she has built for herself. I did not know where to begin when I was served, I felt hopeless. After our legal consultation I knew I wanted her to represent me. She truly made me feel informed and empowered through the entire ordeal. She breezed through mediation with her knowledge and professionalism and I came out with much more than I thought possible and I am soooo pleased with the outcomes!! Samah, I am forever grateful for you!
This review is from a person who hired this attorney.
Hired attorney

Samah helped fill out my Will. She very honest and helpful. I strongly recommend her. Thank you!
This review is from a person who hired this attorney.
Hired attorney

Sam and her team helped with my legal matter. Kind, understanding and patient. I felt very comfortable. Highly recommend.
This review is from a person who hired this attorney.
Hired attorney

Working with Sam was a pleasure. She is very professional while at the same time she put me at ease. I hired her to get my estate planning in order when I was going off to college and I wanted to make sure that during and after the pandemic, I was planning ahead should anything unexpected happen. The services I received were exemplary and I will be sure to work with Sam again if I ever require further legal assistance. She helped me understand the ramifications of all of the decisions I was making and forms I was signing, while enabling me to make my own decisions. I recommend to anyone reading this that they consider Sam for her legal services.
This review is from a person who hired this attorney.
Hired attorney

This law firm was amazing through the process of my divorce. Although a simple divorce no assets, no children, no debt, the COVID situation made it difficult because the fl court site is not very user friendly. I was under a time crunch because I was relocating to Georgia and had about 6-8 weeks and needed the divorce finalized. Samah's office staff was helpful and informative on documentation needed and how to move the process through. They took my case and in no time my divorce was final in a timely manner. I highly recommend this law firm to anyone that is looking for trustworthy attorney's to take on your case. You will be 100% satisfied.
This review is from a person who hired this attorney.
Hired attorney
See all reviews

I endorse this lawyer. Samah is incredibly smart, hard-working, and thorough. I would easily recommend others to her firm for probate and family law matters.

I highly recommend Samah Abukhodier for anyone needing help with probate! Very knowledgeable and professional.

If you're looking for an excellent probate attorney in Miami and surrounding area, you can't go wrong with Samah. She is highly-skilled, very knowledgeable and helpful.

Contributions to the Avvo community are always well-received and demonstrate great proficiency in her practice. I would not hesitate to refer family or friends to Attorney Abukhodeir! I endorse this lawyer.

Sam is my go-to colleague for all probate matters. We have also been opposing counsels on a family law matter. She is professional, responsive, and extremely knowledgeable in her practice areas.

Samah is an excellent attorney. She is professional, knowledgeable, and goes above and beyond for her clients. I endorse this attorney.

Sam is an exceptional attorney. She represents her clients' interests zealously. She is also an invaluable resource to her colleagues. I endorse this lawyer.

I highly recommend this lawyer. She is professional, efficient, and goes the extra mile to help her clients. She is a true problem solver. She will look for the best and even creative solutions to help solve your legal needs. I can rest easy when I sent a client her way, because I know she will take great care of them.

Samah is an excellent lawyer who will leave her mark on the world. She cares about her clients, and works hard to get results that they desire and need. I highly recommend her to anyone that I know.

Samah Taysser Abukhodeir is prompt, thorough, and dedicated to her clients. I would recommend her services to anyone looking for representation in a family law matter.

Samah is an excellent attorney. She is very knowledgeable and cares about her clients. I highly recommend Sam in the areas of estate planning, probate, and guardianship.

Samah is a knowledgeable and skilled attorney that focuses her counsel on what the client needs. From the routine to the complex, she is ready to take it on, lead you through the process, and get excellent results. I highly endorse this lawyer.

Samah is extremely knowledgeable and trust worthy. From speaking with her you will not only get a sense for just how much she actually knows about the subject at hand but also how much she truly cares about what she does. Without hesitation, I endorse Samah.

I have had the pleasure of knowing Ms. Abukhodier for several years. She is passionate about the practice of Probate. She is knowledgeable in the area of Probate and I would highly recommend her.

Sam is an exceptional attorney. She represents her clients' interests zealously and is very knowledgable about the law. She is result driven, and will stop at nothing to achieve positive results for her clients. I completely endorse this attorney.

Ms. Abukhodeir is a very hardworking and reliable attorney. I endorse this lawyer.

I endorse this lawyer. She is an asset to her community and her clients.

Samah is extremely knowledgeable and has a true passion for helping her clients. I endorse her without hesitation.