Attorney Juliana G. Lamardo is an accomplished immigration attorney in Miami with over 10 years of legal experience. Having immigrated with her family from São Paulo, Brasil, Juliana understands firsthand the challenges and tribulations of the U.S. immigration system. Because she knows what they are going through, she is able to connect with her clients and better personalize her approach to their representation.

Juliana became a lawful permanent resident in 1994 and a U.S. citizen in 2001. She earned her Bachelor’s in Business Administration from Florida International University in 2003 and her J.D. from Barry University School of Law in 2007. During her time in law school, Juliana realized her passion for representing immigrants. After working for a private immigration firm for over six years, she founded the Law Offices of Juliana G. Lamardo in 2016. She continues to focus her practice on immigration l 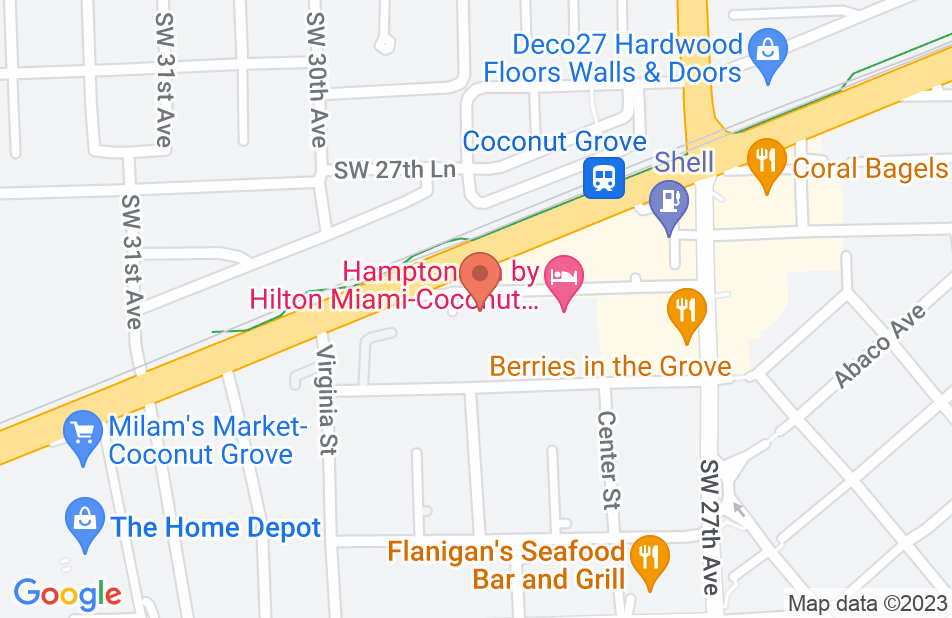 Juliana is not just a great attorney but a caring person. She’s smart intelligent and a fighter. I trust her with my life because I know she’s fighting for me as if she were representing a friend or family. I so appreciate her because she’s been there everytime I had a question or worried about something with my case. She’s always keeping up with all the current immigration cases and laws. I was with another law firm before and felt like a number but with Juliana Lamardo I know she's looking out for my best interest. They’re not a lot of people much less attorneys that are genuine and sincere but she is most definitely a Champion for the people. I’m thankful and very appreciative that she is my attorney.
This review is from a person who hired this attorney.
Hired attorney

If you want a lawyer who cares, hire Ms. Lamardo

Juliana was exceptional at handling my case. She was accessible, hands on and very patient in explaining all of our next steps. Ive had other lawyers before that were hard to reach and never gave me the peace of mind that I had someone in my court, but Juliana made sure that we could reach her in case anything happened or if we had any questions. She is extremely knowledgable in her field, and gave straightforward advice. You never feel like just another client with Juliana, you feel like a human being who matters, which when it comes to immigration cases is hard to come by. If you want a lawyer that treats your case like what it is: a detrimental life-altering event, than Juliana is your best bet. She is the best lawyer you could have in your corner.
This review is from a person who hired this attorney.
Hired attorney

Besides her talent and skills on the immigration matters she is a very kind and sensitive human being. She knows how to be strong, strait, firm and confident at the same time that she treats her clients really good understanding their anxiety, fear and distress. I hired her to be my husband’s attorney. He is in freedom now and with his family!!!
This review is from a person who hired this attorney.
Hired attorney

Ms. Juliana Lamardo has gone above and beyond my expectations as my Immigration Attorney. She was always available to provide guidance, encouragement and perfection. She is prompt, very professional, law knowledgeable and most of all, knows how to listen, deliver and stands by you all the way until the end. Its because of Juliana’s dedication I'm able to say, "I will be a US Citizen as of October 20th”. Without any reservation, I highly recommend Juliana Lamardo as an Immigration Attorney.
This review is from a person who hired this attorney.
Hired attorney

Very pleased with the work Ms. Lamardo provided on my rental property. She was quick and always answered my call. She is a pleasure to work with
This review is from a potential client who consulted with this attorney.
Consulted attorney

Juliana is a terrific lawyer. Helped me through my case. Which we won thanks to Juliana. I strongly recommend her as a lawyer. Always attentive and their when you need her. Five stars... :)
This review is from a person who hired this attorney.
Hired attorney

Best attorney I could ask for. She goes more than beyond her duty to get the job done. Profesional, accountable and reliable. God bless her. Thank you. We need more people like her.
This review is from a person who hired this attorney.
Hired attorney

Above and beyond what anyone could expect from a lawyer

I came to Juliana via a referral from a friend. From the very first phone call she was extremely helpful and detailed-oriented to every word I said. I first called her after a hurricane in Florida and although she out of the office, she asked me to come in to talk about my case the same day. We sat down and reviewed my case, which had been botched by my previous lawyer. She took the time to explain the various steps of the case and was extremely clear and honest about the possible outcomes and routes we could take. Most importantly she made my feel like I was in good hands and that there was nothing to worry about. That she had my back. Juliana first set eyes on my case just 5 short days before I was due for an interview with an officer at the Oakland Park, FL USCIS Center. in just 3 short days she had a plan of action and everything ready for the interview. She accompanied me to it and things couldn't have gone better. She was able to discuss the case with the officer and set it on track again with the amended paperwork. A couple of months went by and she kept an eye on the case, keeping me informed every step of the way. On the third month she scheduled an InfoPass appointment to follow up on my case and accompanied me again. The same happened 2 months later. This morning I received a call from Juliana informing me my case had been approved for a 10-year Green Card, even before I received anything in the mail. Juliana is by far the best lawyer I have ever had to work with, and by far one of the best professionals I have come to know. She is caring and understanding of the urgency of her clients case and will go beyond the call of duty to serve her clients.
This review is from a person who hired this attorney.
Hired attorney

Attorney Juliana Lamardo represented my boyfriend in an immigration case of Domestic Violence. He had been detained by ICE on December while reporting himself to his monthly probation. A couple of weeks later he had his first hearing. I recall that there're was this women sitting next to me and my boyfriend tells me to get her contact info so I did . Since that first day Juliana has been a true angel sent from God. She is not your typical lawyer that once you retain them you never hear from them or they lie to you . Not Juliana she is what you called a "one in a million attorney." She is dedicated, believes in her clients freedom and will fight to the end to win the case. That is exactly what happen today during my boyfriend's last hearing. It was a true success. He was granted a waiver and will not be deported to Cuba. This is the type of lawyer you want to have on your side . Someone that will fight for your loved ones just how you would fight for them. An attorney that is dedicated and will always keep you posted on every detail that goes on in the case. It has been a privilege to have Juliana represent my boyfriend on his immigration case. A true angel sent from heaven.
This review is from a person who hired this attorney.
Hired attorney

This woman is God sent. She truly is a blessing. She helped my mother from being deported. My mother was held by the Immigration detention facility in Moore Haven, Florida facing the fact that she might be getting deported to Jamaica. In all honesty I'm very grateful for her being by my mother's side fighting for her. She kept in touch with my family and told us what to do to help my mom. She guided us and it was all for the best. I will be forever grateful to you.
This review is from a potential client who consulted with this attorney.
Consulted attorney
See all reviews

Ms. Lamardo is not only an excellent human being, but also an amazing attorney. She is honest with her clients, and creative when it comes to resolving their issues. Her ‘straight to the point’ and honest approach has made her practice a success as she is respected by both fellow attorneys and judges in the legal community. I’m proud to say that i know Ms. Lamardo and even more proud to say that I endorse her.

Few lawyers in Miami have the experience and court ability as Juliana. If you are before an immigration judge Juliana is the lawyer you want next to you.

Juliana is knowledgeable, professional, and dedicated. I highly recommend her, particularly for complex immigration cases.

Juliana is an excellent immigration attorney and a zealous advocate for her clients. I recommend that you call her if you have any questions about any facet of immigration law.

I endorse this lawyer. Juliana is a professional attorney with great knowledge. I highly recommend her.

I endorse this lawyer. Ms. Lamardo is one of the best immigration attorneys in South Florida. She cares for her clients and jealously fight for their rights.

I endorse this lawyer. Mrs. Lamardo is a dedicated attorney and well respected in the legal community.

I endorse and refer cases to Juliana sometimes. She has been able to help many people that I have referred to her. She is well informed in changes in the law and fights hard for her client's rights. I look forward to working with her in the future.