Hornsby Law provides individual attention to your case, you meet with and get to know your attorney.  Our offices are conveniently located 1/2 mile off of I-4 on Lee Rd. in Winter Park, Florida.

The Hornsby family has served the legal needs of Central Floridians for over 55 years.  James Russell Hornsby, a prominent attorney from the 1950s till his death in 1986 paved the way for the Hornsby Law legacy.  His son, Lawrence Hornsby, continued that tradition in 1973 when he established his own practice, Hornsby Law, focusing on representing individuals suffering from injuries as a result of another's negligence.

Today, the Hornsby legal name remains strong in Central Florida with Lawrence's son Hank Hornsby continuing the tradition and representing individuals injured in car accidents and work accidents as well as representing individuals who have suffered financial losses as a result of fraudulent or negligent investment advice.   In addition, Richard Hornsby, the youngest son of James Russell Hornsby has become a prominent criminal defense attorney in Orlando, further continuing the legacy of Hornsbys representing the citizens of Central Florida. 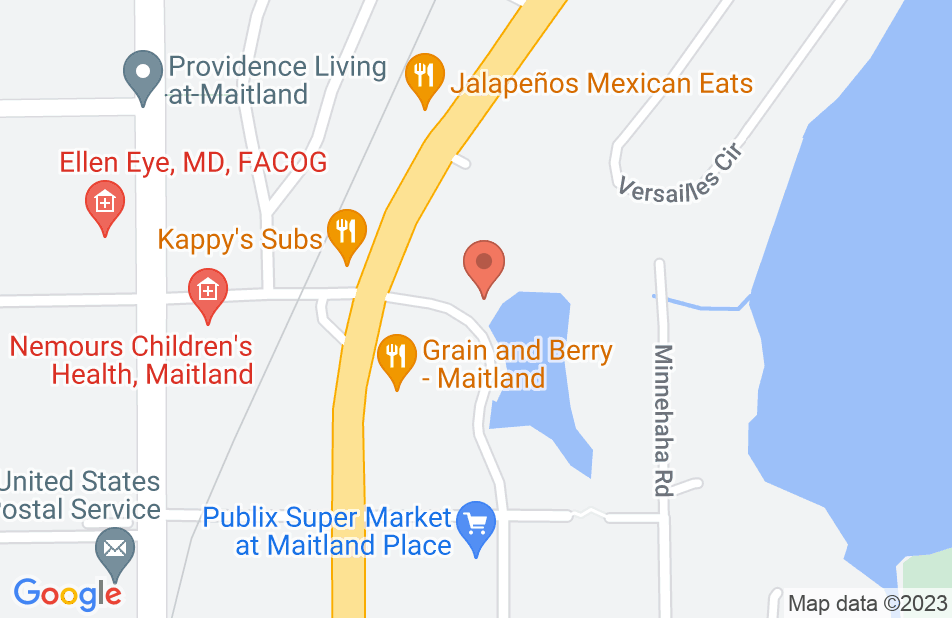 My case was difficult but Bonnie Ramos and her associates were knowledgeable, persistent and responsive and the case was settled successfully. Bonnie shielded me from all of the unpleasant under-currents and was there for me whenever I had questions.
This review is from a person who hired this attorney.
Hired attorney

I was hit by a Ford F-250 from behind. My lower back was herniated and I was in a lot of pain. Bonnie Romos was my case worker and she kept me up to date every step of the way. I had to have multiple steroid shots in my back and it was very painful. She was able to negotiate my medical bills and help me in the end. I am very thankful to have someone like Bonnie on my side and Hornsby Law. If I had a question within 24 hours I had answers. Thank you for helping me with this case!
This review is from a person who hired this attorney.
Hired attorney

Hank, Bonnie, and the rest of the staff were great! Despite my difficult situation, they were able to maximize the amount, so I would end up with some money for my future medical issues. They always answered all my questions and have even offered to help me find a neurosurgeon.
This review is from a person who hired this attorney.
Hired attorney

Hank and Bonnie were worth their weight in gold to me and my case. My experience as a Client at Hornsby Law is extremely positive from the very beginning phone call to Angel at the front desk, to closing everything out months later, they were on top of everything every step of the way.
This review is from a person who hired this attorney.
Hired attorney

No it's not an oxymoron. Hank is truly a professional and knows exactly what he's doing. He's personable and upfront. I was kept abreast of what was going on. And he absolutely was vested in my best interest. He proved to be a genuine one-of-a-kind person in the end. Bonnie and Angel are both sweethearts. I highly recommend this practice.
This review is from a person who hired this attorney.
Hired attorney

Mr. Hornsby provided the valuable service of representing me for my automobile accident. Even though my coverage was less than stellar, he was able to negotiate a settlement that provided a piece of mind knowing all my medical and vehicle replacement expenses would be covered. He also counseled me on what kind of coverage would have been best in my situation. If I ever get into another accident, I definitely will call Mr. Hornsby.
This review is from a person who hired this attorney.
Hired attorney

Hank represented me for a car accident and was awesome! The experience was great. I hurt my knee in the accident and he was able to handle everything. I was able to get the medical treatment I needed and we ultimately settled my case for more than the insurance company wanted to offer. Hank and his team even helped me get my medical bills reduced which was great because it put even more in my pocket in the end. They cared and that showed.
This review is from a person who hired this attorney.
Hired attorney

My name js Wilner, I was in a very terrible accident on the job in my work truck when I was hit by a van. I hired Hank and his firm, Hornsby Law, to represent me. They did a very good job, kept me informed and worked with mw the whole way. They got me a very good settlement. Thank you very much Hornsby Law. If I ever have another accident I will call Hank.
This review is from a person who hired this attorney.
Hired attorney

My husband and I were represented by Hornsby Law. If you want on a winning team Hank and Larry are the best. I really appreciate what they were able to do for me.

I never expected the moon

I never expected the moon, and actually when this first happened figured I would not get over 10,000 so I was right on it. You always kept me in the loop, so I never felt unimportant or ignored. I healed very well, so as far as that goes health IS more important than money.
See all reviews

Lawrence is an excellent attorney committed to providing the highest quality representation to clients. I endorse this attorney without reservation.

Hank Hornsby is an excellent lawyer and very dedicated to his clients. I have seen him achieve amazing results in some very difficult cases. He is thoughtful, well-spoken, and takes the time to truly understand each client. I recommend Hank to anyone seeking an attorney to evaluate their personal injury claim.

Hank is a thoughtful and diligent attorney. He is always working hard to get the best possible results for his clients. I am always happy to refer cases to him.

I've worked with Hank on very complex "David & Goliath" litigation in the commercial and securities fraud arenas. He's a Stetson Law School graduate, which is consistently ranked as the best law school in the country for trial advocacy. He started his career at Greenberg Traurig, where you don't get hired unless you're very bright. He is extremely competent, hard-working, and principled. Don't be fooled by these numerical ratings. The idea these companies rate a lawyer in the 6 to 7 out of 10 range because the lawyer doesn't subscribe to their business model or become an active member is ludicrous and deceptive to me as a trial lawyer of 30 years with a national reputation. It's also unlawfully defamatory and/or disparaging of a truly competent lawyer like Hank because the impression is these other lawyers with higher numerical ratings must be better. That's simply untrue. These companies are treading on thin ice legally and it's a cause I might just take on personally to prove that.

I strongly endorse Hank. He is an outstanding attorney with an exceptional reputation in the white collar arena of securities and investment fraud. He is a strong and zealous advocate for his clients and a credit to our family's long legal legacy. I highly recommend him to anyone in need of his unique legal skill set.