Jonathan has practiced Personal Injury law in Georgia since 2009. In that time he has resolved more than 2,000 cases, he has litigated more than 200 of cases in over 25 Georgia counties to completion, and he has recovered well in excess of $ 10,000,000 dollars for clients.

Jonathan handles all types of claims, but specializes in serious injury and wrongful death cases, often with a dispute in liability. He has handled a wide variety of car wreck cases, tractor trailer wreck cases, motorcycle wreck cases, and a few wildcard motor vehicle cases. He has also represented a couple hundred of slip, trip, and fall victims, often with serious and ultimately life changing injuries due to the negligence of others.

He has worked with many clients that primarily speak Spanish, and injury law is the only type of law that Jonathan currently practices. 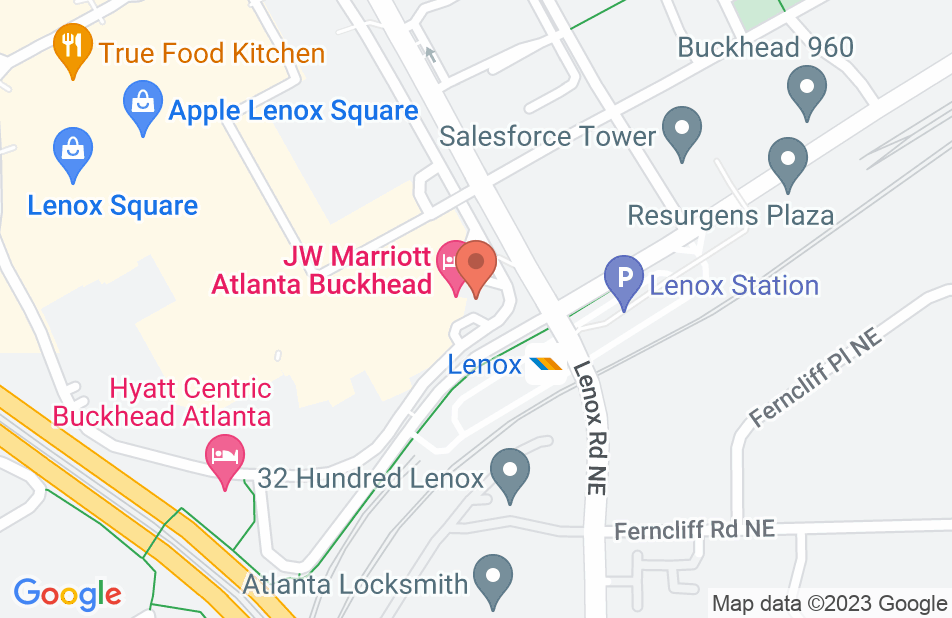 Jonathan handled my personal injury case very well. He was very attentive and was able to answer any questions that I had. He put me with great doctors to help me get back on my feet, and I was able to get a good settlement for my injury. His office staff was also professional and friendly. If I ever have an accident again, there's no question that I would want Jonathan to handle my case!
This review is from a person who hired this attorney.
Hired attorney

My husband was hit by a negligent young driver. The insurance company for that driver was a bottom of the barrel outfit that didn't even want to accept fault even though the police report said it was her fault and a completely independent witness said it was her fault. We were referred to Jonathan and when he met with us initially he told us that the claim should be resolved pretty swiftly, but warned us that the insurance on the other side was substandard and that waters could get choppy. That insurance company tried to low ball us from the beginning, but Jonathan made them pay for it in the end. Their offer didn't double after we hired Jonathan, it didn't triple, it went up about five times. It's not that we wanted a big pay day, we wanted fair compensation for all of my husband's injuries. His rotator cuff was torn in that crash, and that's not small potatoes. I would hire Jonathan if you want someone that's going to deal with you directly, talk to you straight so that you can understand what's going on, and someone that's going to fight with all he can to hold the responsible parties accountable.
This review is from a person who hired this attorney.
Hired attorney

I was hit by a young driver that failed to yield making a left turn. Liability was clear from the start. The policeman wrote her a ticket, an independent witness called the cops and spoke to the officer at the scene, and they totaled out my baby (favorite car) right away. But when it came time to take responsibility and to pay for my medical bills, they offered far less than the total bills, from the ER trip. That's when I called Jonathan. He met with me and laid out a strategy to fight for me so I got what I deserved Well, that insurance company went from bad to worse. So Jonathan sued. We went through the litigation process, depositions, and all of the discovery process. After the case was put on a trial calendar and ordered to mediation, we walked in with a $ 0 offer. That's right, the insurance company pulled the little they offered me shortly after the wreck. But Jonathan was just getting to work. Jonathan fought for me, worked the mediator, and insurance defense attorneys to the point of no return. He explained to them how they faced serious bad faith if they did not offer me the policy limits for the claim. By the end of the mediation, I had received an offer for the full policy limits of $ 25,000. A few weeks later, I go an offer for the full policy limits of my underinsured coverage, $ 30,000 more. He went from $ 0 to the maximum coverage, the hard way. The long way, and the right way. I wouldn't have gotten anything close to that amount without Jonathan's help, his knowledge, and his willingness to fight for my justice. I never wanted a handout, but I didn't want to be shorted. Jonathan got me what I deserved, and I've already recommended him to family and friends, who have been just as pleased.
This review is from a person who hired this attorney.
Hired attorney

Jonathan Schopp, was an excellent lawyer. He helped our small business with a contractor who would not pay for worked we completed. The contractor tried every which way to avoid paying us but, Jonathan was vigilant with our case. He did not give up and was able to get us the whole amount due. He was very helpful explaining the whole process to us and keep us abreast with every update. We plan to use Jonathan Schoop for all our small business needs.
This review is from a person who hired this attorney.
Hired attorney

Are you talking about the same guy?

I was a client's of Attorney Schopp 3 years ago and looked him up to get a referral for a friend about another area of law, but I don't know what that lady's talking about. I've hired about 5 attorneys over my life and Mr. Schopp was easier to communicate with than any of them. He explained everything, offered to meet with us in person anytime, and was always on email and sending us letters and things to add to the case folder he designed for us. I'd never been that organized about any other case. Maybe she was confused who her attorney was.

Jonathan is an experienced and tenacious litigator. I've seen him in action and he fights for his clients against all of the nonsense that insurance companies say or do in their efforts to deprive clients of full justice. I highly recommend Jonathan.

Jonathan is an excellent personal injury attorney with years of experience behind him. He's a great asset to the firm.

I endorse this lawyer. Jonathan is a smart, thoughtful and thorough attorney. His professionalism and caring attention to each client is exemplary and his clients can always rely on him to obtain the best results possible.

I endorse Jonathan. He is a highly skilled attorney that is well respected in the legal community.