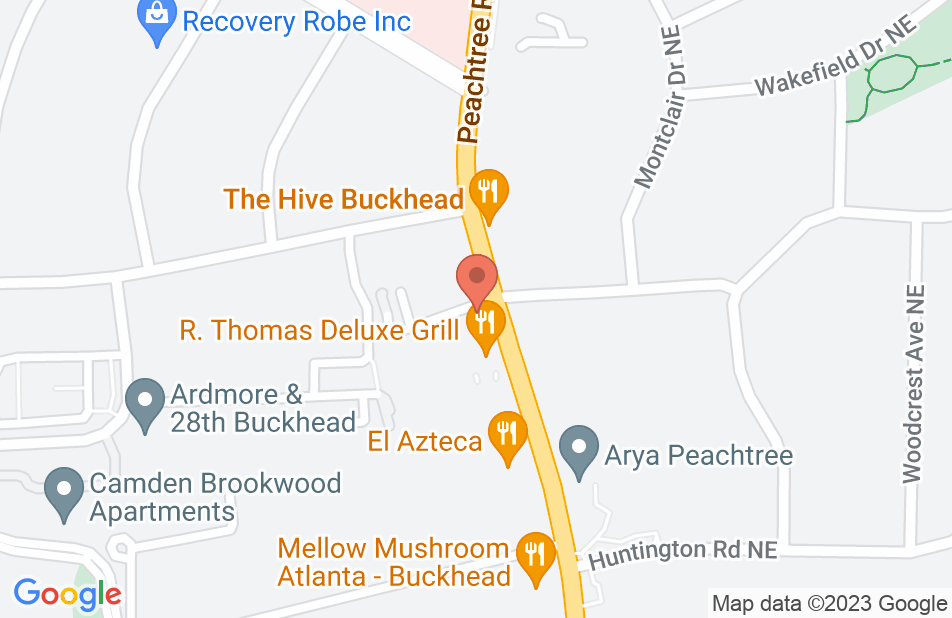 Melville Johnson, PC's handling of my Merit Systems Protection Board (MSPB) case was superlative. From the day I first contacted them to the completion of the case, everything was handled promptly and professionally. They advised me well, worked with me to develop--and keep me appraised of--strategy, and aggressively pursued resolution that would be beneficial for me. I was very satisfied with every aspect of their handling of my case.
This review is from a person who hired this attorney.
Hired attorney

I hired Melville Johnson P.C. in January 2015 to represent my Merit Systems Protection Board case against Department of the Army. From the minute I spoke with the intake manager Mr. Scott W., I felt like I was on the right track. I received my consultation with Mr. Johnson, he accepted my case, and gave me an estimate of what to expect over the coming months. In total, my case lasted about 6 months, I am satisfied with the outcome, and would highly recommend this firm. Mr. Johnson is a great leader, he knows how to run a business properly, and he hires smart people who care about their work. Mr. Johnson assigned me his Senior Associate, Mr. Shaun Yancey, to work on my case. I know that Mr. Johnson provided the oversight, reviewed all correspondence, and made course correction as necessary. During difficult moments of the case was where Mr. Johnson's experience really shined. Melville Johnson P.C. is the best bang for your buck and the most seasoned law firm in their areas of expertise. They are results driven, task oriented, and communicate realistic expectations. I like how the cost was transparent, they were on top of e-mails, and would call me when they needed information on the spot. Their staff are great writers, well versed in researching case law, and strategists. Mr. Johnson's firm is one of a kind, truly unique, and you will not find anyone better than his team. Trust me, hire him, he's worth every penny!

I was impressed with the work and the advices obtained from this team of lawyers. They are very knowledgeable (at least as related with my situation) and, based on that, return the work (letters, communications, reviews, advices, etc.) in a very speedy manner. Impressive! Their ever presence and attachment to the case was an assurance for me that a good conclusion was attainable. Very reasonable with the way they handle the financial aspect of the contract also, which is definitely a plus.

I had been working for the VA for nine years, and I had always been great at my job. Then I was assigned a new supervisor, and suddenly I was terrible at my job. This supervisor was setting me up to fail, and I was facing losing the job that I love, and the job that I am great at because of him. I brought on Melville Johnson, P.C., and soon after they submitted the discovery requests the VA rescinded my termination. At first I was happy to have my job back, but after two months they still hadn’t paid me. When I explained the situation to the team at Melville Johnson, they contacted the Judge and I received my paycheck at the end of the week. It was an expensive process, but it was worth it.
This review is from a person who hired this attorney.
Hired attorney

I had worked for the federal government for thirteen years, and as I got older my supervisors tried to force me out of my job in order to replace me with a younger employee. They increased my workload and placed unreasonable deadlines in order to set me up for failure. They claimed that they were doing this because they were not able to hire new employees to replace the one who had left, but I was the only one who’s work was increased. This had a detrimental effect on my health and disability, and I was no longer able to work. With the help of Melville Johnson, P.C. and Mr. Durishan I was able to take my constructive termination case to the Merit System Protection Board, and we were able to settle my appeal. They kept me in the loop every step of the way, and took the time to make sure that I understood what to expect. While I would have liked a larger settlement, the team at Melville Johnson, P.C. got the government up to their highest offer and I am glad I chose them.
This review is from a person who hired this attorney.
Hired attorney

I hired this attorney around September 2017. I had to fire them in March 2018. I was having a hard time trying to figure out if they represented me or the federal government. They tried to discourage me from defending myself. I have a discrimination case and they seemed to have a problem with me identifying the race of the senior management of the agency, who I made about 20 complaints to before they let the people I was complaining about remove me from Federal service. This firm also wanted me to leave out critical events in my case. They left out critical legal advice. I got more advice by going to the web site of Pines Federal and EEO 21; and that was free. George Melville Johnson is the owner, but he assigned me to Shaun Yancey, who they say is the senior associate on the staff. I wouldn't hire Shaun Yancey to fill out a car loan application for me. I had to put Yancey on an email only communication method. You can't trust anything he says. You might have to deal with Shaun Yancey, but George Johnson is copied on every email. He knows about this. Even though I encourage everyone to get themselves a qualified attorney, I would represent myself before I used this firm. Don't waste your money.
This review is from a person who hired this attorney.
Hired attorney

Everything I am about to say is merely my opinion about and my perception of my experience as a client of the GMJ law firm. FIRST of all, my experience was practically identical to the experience of the person who wrote the 8/7/13 review of GMJ law firm. SECOND, Mr. Johnson seems to care about only one thing: getting as much money from his client as he can. Favorable results seemed secondary to him at most. Unfortunately, by the time I realized I was being duped, I had invested every financial resource I had into GMJ's representation. THIRD, I did not receive good representation. Initially, Mr. Johnson led me to believe that he, the supposedly well-experienced person I thought I was hiring, would be handling my case. After a couple of conversations about my case with Mr. Johnson, and me paying Mr. Johnson a hefty retainer, without even discussing it with me, Mr. Johnson passed my case off to a woman who made it obvious that she didn't give a hoot about my case and that her primary interest was in leaving GMJ. Speaking of passing my case off to another lawyer, Mr. Johnson's law firm was like a game of musical chairs for lawyers. In a one-year period, my case was transferred from one miserable, angry, inexperienced lawyer to another miserable, angry inexperienced lawyer. There were so many comings and goings that I started to wonder if the lawyers all left so quickly because they were afraid they would lose their law licenses due to being expected to do something unethical, illegal, or inappropriate. FOURTH, looking back I can clearly see that Mr. Johnson has a very well-calculated M.O. In summary, he takes advantage of the fact that most clients seeking a lawyer are distraught, stressed out, sick, anxious, depressed, angry or all six due to whatever their legal problem is by the time they come to him. Specifically, Mr. Johnson (1) expertly gauges the client's level of vulnerability and clout; (2) leads the client to believe that he cares about the outcome of the client's case and that a reasonable settlement offer is just around the corner; (3) demands more and more legal fees allegedly to continue to negotiate in the client's best interest; (4) eventually obtains an offer but fails to communicate the offer to the client if he thinks there is not enough in the offer for himself; (5) stops returning phone calls and starts sending bills showing exorbitant, unjustified costs; (6) demands an additional unreasonable amount of money and threatens to drop your case if you don't come up with it immediately; and (7) threatens to sue if you for slander if you say something negative about him or sue you for breach of contract if you fail to pay what he thinks you owe him. After experiencing all of that, I think your average person who relies on the GMJ firm would end up exactly where I ended up: jobless, broke, bankrupt, in foreclosure, and more distraught than I was when I first met with Mr. Johnson. And, I was the PLAINTIFF in my case.

Mr. George M. Johnson has conducted himself unprofessionally, unethically, and with absolutely disregarding his obligations to his clients and the profession this behavior was not only displayed with/to me but his staff (which has provided reviews on Glassdoor for review. During my few months all individuals quit (which were the majority) or were terminated without notice. I was not kept informed of my status due to the fact there was not status to update. Not one tangible item had been completed on mybehalf after paying a substantial amount of money. I had to terminate the services of Melville Johnson PC/Mr. George M. Johnson for failure to meet any of the terms of the agreement. It is a disjustice to the legal system to have such a incompetent officer of the law. I warn others do not use this attorney. It states he has no disciplinary actions I cannot understand how this could even be true; I imagine this will change in the future. He treats his clients with much disrepect and threats. Total nightmare.