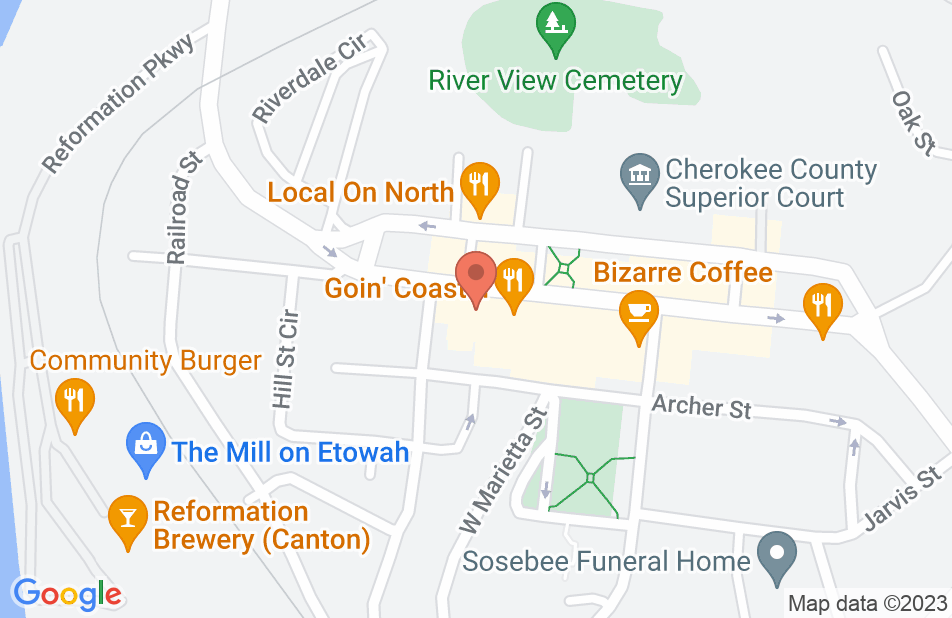 Don't skimp on your freedom

Jeff is amazing. He took my life and my future extremely serious. The State was after me hard for circumstances not of my own making and refused to seek the truth of the matter. The deals offered were jokes and Jeff refused to let me take them. After a grueling year long process we went to trial and the jury came back with a loud not guilty! I owe Jeff my freedom, my continued constitutional rights, and am overjoyed to have my life back. If your life is on the line legally, you can hardly do better!
This review is from a person who hired this attorney.
Hired attorney

Jeff and his team handled a difficult situation for me and I am pleased to say that he and his team were exceptional throughout. They were always professional, prepared, and honest. He made me feel comfortable and relaxed at all times. Jeff's presence in the court room was nothing short of amazing. Again, he was well prepared and confident and did everything you would expect as a client. I would certainly use him again and recommend him to all of my friends and family!
This review is from a person who hired this attorney.
Hired attorney

I thank God Jeff is my attorney and praise Lord there is a good attorney who really care to do the best job when we are in a situation. It seems like he treats his staffs as well by how his staffs treated me. He took care my case like it's his own. Not like those whom just take your money and does horrible job representing you. Believe me I had my share of meeting those attorneys. As matter of fact, I had to fire first attorney because he was horrible. Jeff is my second attorney whom I hired for this matter about a year ago. Yesterday the case was finalized. the DUI and following too close were dismissed although it settled with a reckless driving. But I am so relieved that the DUI was dismissed and following too close On my way home after a Court, I don't think I ever felt so happy and thankful. All my mouth was saying over and over was thank you, thank you God!!! I recommend Jeff sincerely if you are in a difficult situation. God bless you Jeff Heller and your staffs! God bless readers and loves you and keep you safe...
This review is from a person who hired this attorney.
Hired attorney

I won my disability case not only for my health condition, in a fair world that would be enough but, the decisions he made Literally won the case and fast, it only took 2 weeks. Please hire, he was the sharpest lawyer in there by far.
This review is from a person who hired this attorney.
Hired attorney

Mr. Heller took my case and I won!! He did an amazing job representing me. He was very knowledgeable concerning my my case. Staff and team were outstanding. Thank you helping me and Thank you for your service to our country.
This review is from a person who hired this attorney.
Hired attorney

Mr. Heller got personally involved in my case, and went above and beyond in helping me resolve the legal issues I was facing. He is an honorable man who is a former marine and someone you can place your trust in.
This review is from a person who hired this attorney.
Hired attorney

Although the disability process didn't quite proceed as expected, Mr. Heller's office kept me notified of all occurrences and needs for my case. Mr. Heller won my case with expertise, agility and a thorough knowledge of disability case law. He even garnered more back pay than I thought was possible. I highly recommend his services to anyone seeking assistance in their cases.
This review is from a person who hired this attorney.
Hired attorney

I was very worried on court day but Mr Heller pulled a rabbit out of the proverble hat. Instead of being convicted of DUI I walked with my driveing privileges and only wreckless driving. Absolutely remarkable.
This review is from a person who hired this attorney.
Hired attorney

From the start Jeff was a breath of fresh air. During the first consultation I let Jeff know that had a lawyer but was considering switching representation. He had a more aggressive approach to my case, and made me feel like we had a fighting chance. I immediately fired my old lawyer at that time and hired Jeff, he even handled sending my lawyer notice that I was switching attorneys. Jeff stayed in constant communication and when we spoke he always had a plan of attack which gave me confidence. The prosecutor was not willing to reduce my charge so Jeff suggested that we go to trial, which we had a physical meeting prior and he prepared me on what to expect. During pre-trial Jeff was there early and when my name was called he spoke for me and when it was time to speak to the prosecutor he was ready and presented my case and spoke to the holes in the states’ case. After the negotiations Jeff pulled me in the hallway and said that he negotiated with the state to reduce my DUI to a reckless driving charge and avoid the 2 in 5 years which was a huge relief for me and my family. Jeff was able to do more than my previous attorney could and made me feel more comfortable and secure. He was professional, confident and had the previous experience which my case required. He was consistent throughout the whole process and his staff was completely amazing as well. Would definitely recommend him and would use him again!! Excellent experience, hands down.
This review is from a person who hired this attorney.
Hired attorney

I hired Mr. Heller because I had read good reviews of his performance and that he was a Marine Corps veteran of their legal branch. This assured me that he would be a man of integrity and competence. After an initial consultation on the charges and a review of the prosecutor’s evidence, Mr. Heller believed that we had a winnable case before a jury. He conducted a skillful defense and I believe that his impressive closing arguments won the day. There is no greater sound than a jury foreman saying “Not Guilty”. Our trust and confidence in Jeff Heller had paid off. I highly recommend that anyone, needing an excellent attorney, hire this man.
This review is from a person who hired this attorney.
Hired attorney
See all reviews

Jeff is an experienced advocate who is committed to achieving justice for his clients.

Jeff is a hard working advocate for his clients.

Jeff is one of the top attorneys in Northwest Georgia because he earns the trust of his clients through hard work and honesty. Highly Recommended.

Jeff's reputation as a strong advocate for his clients is well known in and around the Canton area. I fully endorse Jeff.

I endorse this lawyer. Jeff has a great reputation in the community for his knowledge, attentiveness, and strong advocacy on behalf of his clients.

I endorse Jeff's solid track record of work on behalf of his clients.

Jeff is a strong advocate for his clients, and has the experience necessary to produce positive outcomes for them.

An excellent attorney. As a resident of Bridgemill in Canton, I can attest to Jeff's great reputation in the community, and his skill as an advocate for his clients. For those that need experience, dedication, and personal service, I would highly recommend Jeff and his friendly staff.