Leif A. Howard joined The Howard Law Firm, P.C. in 2016 as a partner who focuses on civil litigation and criminal defense. Prior to practicing law, Leif Howard attended the University of Georgia where he won the Ralph Beaird Closing Argument Competition.  Upon graduation in 2007, Leif Howard practiced real estate and contract litigation for the large Florida based firm Lowndes, Drosdick, Doster, Kantor & Reed. Between 2010-2015, he was a Senior Assistant District Attorney For Fulton County District Attorney's Office and DeKalb County District Attorney's Office. As a prosecutor, he was lead counsel in numerous ...felony trials, including 25 murder trials. During his time as a prosecutor, he received the fastest verdict in Georgia history (8 minutes) and never lost a case. As a former prosecutor, he has the unique skill set of analyzing the weakness or strength of a criminal case which enhances his ability to represent his clients in criminal defense. His practice includes personal injury, medical malpractice, product liability, premises liability, contract litigation, wrongful death, and criminal defense. 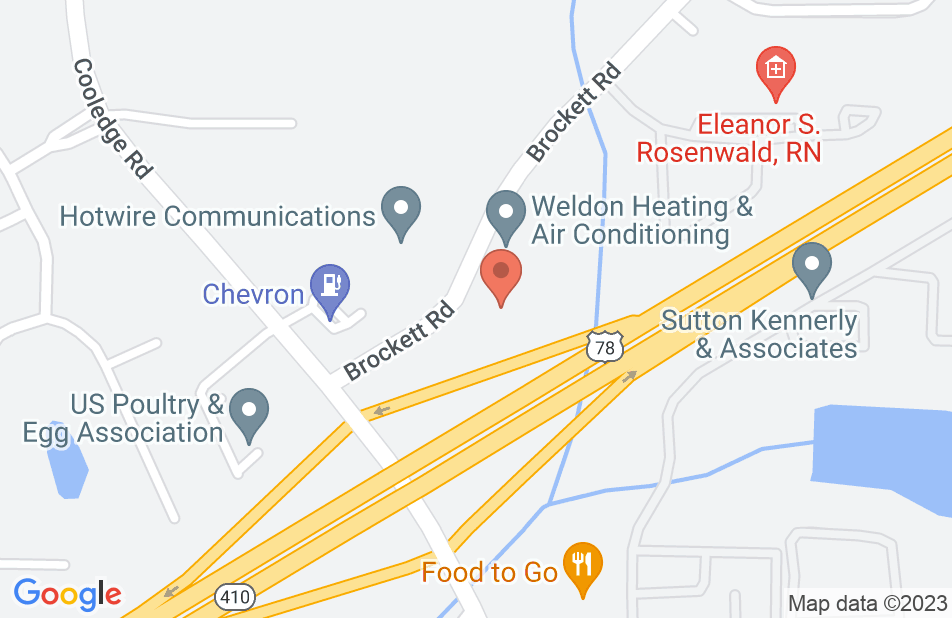 Arrested in Cobb with a felony

I got into a sticky situation where i was with this guy and he had a lot of weed in his car and being in Cobb county and me not knowing that amount of weed that was in the car got us both arrested for the first time with felonies Another attorney directed us to Leif and he got my case dismissed right away literally after a couple weeks he got it done and i am so grateful i was crying the whole time he was telling me he got it dismissed he’s fast and he gets the job done and he’s definitely the person you wanna hire for these situations thank you mr Howard i really appreciate it
This review is from a person who hired this attorney.
Hired attorney

Mr. Leif Howard is part of the Dynamic Howard Law Firm! He was attentive and proficient in the handling of my case. He plays hardball and will go to bat in fairness for his clients. I was always informed about the status of my case and what to expect. Leif was concise and always included me on any decisions made on my behalf. I would definitely recommend the Howard Law Firm!
This review is from a person who hired this attorney.
Hired attorney

I had 3 charges including a DUI charge, Leif not only saved me the hassle of going to court, he got all charges dropped and got the DUI reduced to a Reckless Driving, on top of that he was very professional, and just a pleasure to have him represent me. ONE OF THE BEST LAWYERS IVE EVER DEALT WITH HIGHLY RECOMMEND!!!
This review is from a person who hired this attorney.
Hired attorney

Very efficient and considerate, a pleasure to work with will refer friends and family. Keep me notified and updated.
This review is from a person who hired this attorney.
Hired attorney

Friendly lawyers, personable. They kept us in the loop. Efficient staff. Appreciated the thorough preparation of all documents. Will refer friends and family.
This review is from a person who hired this attorney.
Hired attorney

I wouldn't choose any other attorney

I was facing a felony Theft by Receiving charge, that carried a TEN YEARS prison sentence. My first lawyer kept saying things like "I know I can win this case IN TRIAL." TRIAL??? My life was spiraling out of control and as a single mother, I couldn't afford to risk my freedom in a trial, let alone pay for one. Then a friend recommended Mr. Howard, ensuring me that if he was ever in a bind, Leif would be the only lawyer he would choose. After meeting Leif, I can only agree. During our first encounter, Leif sprung into action, attempting to contact the DA during our consultation. He was determined to do everything possible to prove my innocence. The wheels of justice can be slow, but Leif was very reassuring and kept me calm throughout the whole process. My first attorney was preparing to take my case to trial; Leif was able to get my WARRANT THROWN OUT! He not only save my Nursing License, but he also saved my family's way of life. I am truly blessed to have had Leif Howard as my attorney, fighting for my innocence... fighting for my life.
This review is from a person who hired this attorney.
Hired attorney

After having a bad experience with a previous attorney, Leif assured me he would take care of me and he did. From day one, after our consultation, he had started working diligently on my case. I was so surprise to receive a call from him, the same day, after our initial meeting, with a better deal. Leif settled my aching heart and put me at ease. That’s when I knew I was in good hands… Throughout the whole process, I was kept informed. Leif is a man of his word. And I truly recommend his services. Thank you Leif for all you have done for me!!!!!
This review is from a person who hired this attorney.
Hired attorney

Leif helped me get money for my medical bills and pain and suffering because of the injuries I suffered in a car accident that was not my fault. He was able to get a great amount for recovery. I told him that the amount was acceptable but that I needed it as soon as possible bc I was going out of town. Not only was he able to get me the money before I went out of town but he was able to increase the recovery even more before settling. I would recommend him and his firm, The Howard Law Firm, P.C. if you were in a situation like mine.
This review is from a person who hired this attorney.
Hired attorney

I knew I needed help with my case so I asked my father for a reference. He called up some of his legal contacts and they recommended Lief Howard. I was very satisfied with the results of my case. His always kept me informed on all updates whenever he made a move in my behalf and I genuinely feel he always had my best interest in mind. If I had to recommend a lawyer to anyone I would recommend Mr. Howard without a doubt.
This review is from a person who hired this attorney.
Hired attorney

He always from day one had my son's best interest at heart. He always kept us up to date on the case. If I had questions I could call him and ask. He was a step ahead of the case and he gave us recommendations. He told us our options and what was best for us. In the end we got the best results and my family thanks you. I would recommend you to anyone I come across that needs a true defendor of justice. God bless you in all you do. Thanks from my heart.
This review is from a person who hired this attorney.
Hired attorney
See all reviews

I endorse this lawyer. Professional and experienced.

Mr. Howard is a rising star in the legal community. His experience far surpasses his years as an advocate. As a former prosecutor who was undefeated in jury trial, he is a true gift to the defense bar! With a unique ability to see things from both sides, I would recommend Mr. Howard to anybody I cared about. Do yourself a favor and hire this outstanding attorney.

Leif and I worked together for several years in the DeKalb County District Attorney's Office. He is a great trial attorney and has a vast amount of experience handling complex criminal cases. I would not hesitate to recommend Leif to someone in need of an attorney.

Leif is a great trial lawyer. Having tried cases against him, I can honestly say he has a fantastic presence and a natural ability to connect with jurors. Your case is in good hands with Leif. I endorse him without hesitation.

He's an excellent attorney, who actually really cares about his clients.

Leif is an Artist in the Courtroom! I do not know any other lawyer with more Jury Trials under his belt! You cannot go wrong with Leif and I personally vouch for his expertise and vigor!

Absolutely fantastic lawyer. Dedicated, passionate and one of the most knowledgeable lawyers I have ever met. I would recommend him in a heartbeat to any client.

Leif is a lawyer that I know for a fact all of his clients will be in great hands after being involved in an accident. Not only is he detailed and knowledgeable of the law, he is an excellent well known trial attorney and negotiator. He is the go to attorney for all personal injury matters.

Leif is an excellent advocate with excellent knowledge. He's fair, honest and trustworthy. He's an excellent attorney who I have had the pleasure of working with before. If Leif is your attorney, you are well represented.

Leif is a very competent and professional attorney. I am thoroughly impressed with his abilities as a trial attorney and would recommend him to anyone seeking legal representation.

Leif is honest, caring, and an excellent attorney. I have seen him at trial and can attest that he is a skillful advocate. He has fought for victims his entire career and continues to do so. I trust him and highly recommend him.

Leif is a caring, committed and passionate attorney who has fought for victims' rights and now uses those skills in the civil arena. He is a true professional in and out of the courtroom and an excellent attorney.

I endorse this lawyer. Leif is an exceptional litigator who works vigorously to represent the interests of his clients.

Leif is a bright and dedicated lawyer with a great deal of trial experience. If I were hurt by the negligence of another I would call Leif.

Mr. Howard is a strong advocate with excellent courtroom skills. I have had the pleasure of working with him at length and would not hesitate to refer him to a client. I endorse this lawyer without reservation.

Leif is a lawyer that I would trust my family and friends with when it comes to personal injury and car accidents. He is very detailed and his character and integrity is unmatchable. He is the go to guy!

I have had the privilege to work with Mr. Howard on numerous cases. He is a consummate professional in and out of the courtroom. His knowledge of the law as well as courtroom procedures is second to none. He is highly respected by other attorneys as well as judges. I whole heartedly endorse Mr. Howard and will be referring him my personal injury cases.