Steve Woodman opened his private law practice in Marietta in 1982 and has successfully represented thousands of people with legal problems.

Mr. Woodman sits as a Judge Pro Hac Vice in the State Court of Cobb County, as an Associate Judge for the Municipal Court of Austell, Georgia and serves as a Guardian ad Litem for the Cobb Superior Court.

His vast experience at the courthouse and in private practice helps him to negotiate a dismissal, reduced charges, and favorable settlement terms. He will advise you when and when not to go to trial. He has never had a Bar complaint filed against him. He returns your phone calls before and after you hire him 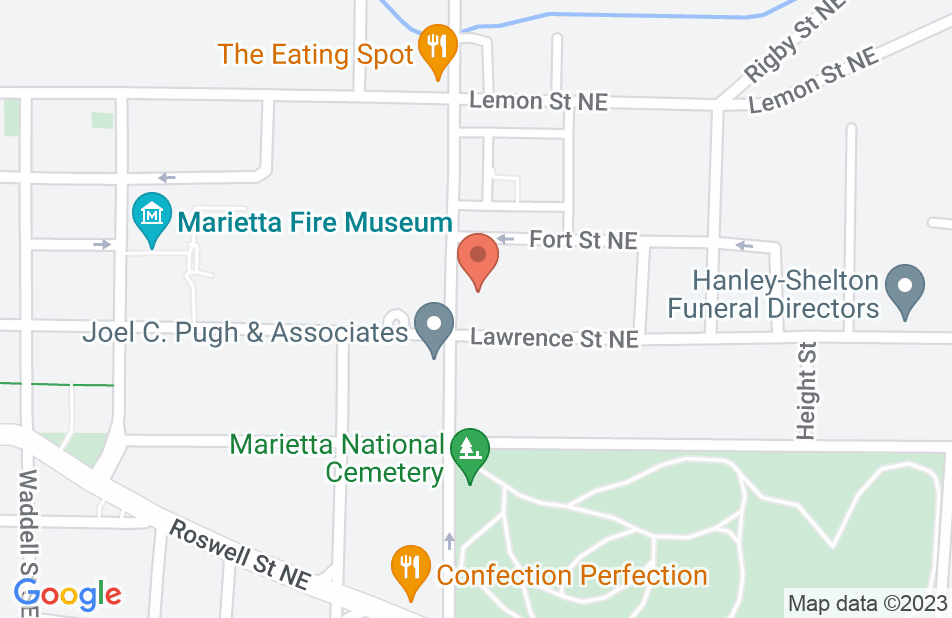 I've hired Steve on two occasions and he obtained the desirable outcome both times. 2/2...he has officially become our family lawyer and I will be recommending him to the people in my life that I care about. To anyone who reads this, my advice is to let him take control of your situation....just sit back and let him take care of it. 1st case: Criminal Nightmare situation. Ex-spouse accused me of Criminal Trespassing. It was resolved in 3 months. 2nd case: Civil Dispute. Libelous content with some very harsh accusations. He took care of it in 2 months. Long story, short: Call Steve if you need a lawyer.....TRUST ME. He won both of my cases!
This review is from a person who hired this attorney.
Hired attorney

I hired Mr. Woodman to assist in a legal matter. Mr. Woodman was extremely professional, thorough, and very reassuring throughout the entire process. He was also very timely in responding to all of my emails and phone calls. Because of Mr. Woodman's diligence, the end result was exactly what I hoped it would be. I highly recommend this attorney!!!!
This review is from a person who hired this attorney.
Hired attorney

I had a Domestic Violence case with multiple charges. Steve was the best decision I made, I just left Cobb County State Court he helped get everything dismissed. I recommend giving him a call he always made time to speak with me about my case and gave me great advice. He knows the law and the best way to work your case. Highy Recommended Thanks Steve Woodman from JB
This review is from a person who hired this attorney.
Hired attorney

A recommendation for anyone looking for a great lawyer!

I got in touch with Steve and hired him to represent me for a DUI charge that dated back to 1998. About 6 months later he had worked for me so hard that the court let me plea to reckless driving. His knowledge and work ethic are beyond compare. He kept me informed about everything that was happening in my case. At one point I thought about pleading guilty to DUI just to get it over with. Steve talked me out of it and I thank God that he did! There is not a better lawyer around! Thank you again Steve.

I was a hard Client to deal with but Mr. Woodman was Patient and did an Excellent job. Highly Recommend. Well respected Man.

Highly recommend , patient and Understanding. Does exactly what He tell You He will. Well respected and Well known. One would be wise to use His vast Knowledge of Te Law. Thank You Mr. Woodman for belong Honest.

I hired Mr. Woodman for my DUI case and I was surprised that I actually spoke with him directly when I called. I called around to all the letters I had received and found that most times I could only reach their assistants unless I actually hired them. He kept me informed every step of the way and got my case reduced to reckless driving and I only had to show up in court once. I could not have asked for a better lawyer, I really felt he was on my side and willing to fight for me. I have since recommended him to a friend who has been very satisfied with him as well.

Detailed Lawyer to hire for success!

Mr. Woodman helped my son as we went to trial for a DUI due to drugs (not alcohol) and we got a not guilty verdict. He knows the law and was honest as well as understanding. He used ever resource plus some to help the case!

Steve Woodman truly is an excellent man of character and anyone to have him as a lawyer is lucky. He will do his best for you, give you the best advice. He knows how to deal with people in the Court. He and his office are excellent at answering the phone. He is absolutely a Christian man.

Mr. Woodman is a true professional. He is a no nonsense to the point hard working lawyer. Mr. Woodman, in my opinion, is the best lawyer in Cobb County and he did a outstanding, above And beyond , job for my son and we are truly grateful for his services.
See all reviews

Steve is committed to the representation of his clients to the highest degree. He is a professional in every sense of the word. He is not afraid to fight for those in need of a strong defense.

I endorse this lawyer. Steve has been practicing law over 30 years and has a great reputation as a strong advocate for his clients. Highly respected by judges, prosecutors and lawyers, alike. Rest assured that he will do a good job for his clients.

Steve Woodman is an outstanding lawyer! I have known Steve for about 25 years. He does a great job for his clients. He is smart, compassionate and zealous. Steve has great respect and credibility with all the judges in Cobb County.I know that they seek his advice, confide in him and ask him to substitute for them when necessary. That's the kind of lawyer you want. He's a lawyer's lawyer and a judge's lawyer. I do not hesitate to call on Steve when I need a lawyer's advice and when I need assistance on a difficult case. I highly recommend him and am very honored to do so!