With 25 years of experience in handling personal injury cases, Jeff Gerardi is committed to protecting the rights of his clients. Mr. Gerardi also has a devotion to the Lowcountry, having graduated from Bishop England High School in Charleston in 1988. He then attended the University of Colorado-Boulder, where he received a Bachelor of Arts in English in 1991, before receiving his law degree from the University of South Carolina School of Law in 1994.

Mr. Gerardi began his legal career at Joye Law Firm, working alongside Mark Joye, Ken Harrell, and founding member Reese Joye from 1994 until 2000, at which time he left to open his own practice. Mr. Gerardi  ran his own practice for twelve years, specializing in personal injury litigation. In his twenty plus years of practice, Mr. Gerardi has tried dozens of cases to verdict on behalf of his clients, and has also served as an appointed circuit court judge for the last twelve years. He has published several articles in the South Carolina Bar Journal, most recently an article on the Summary Jury Trial Process.

Jeff and his wife Tara are passionate Boston terrier owners, and their current dogs are Reggie, Penny and Roxie. Their love of animals has led both of them to be active with the Charleston Animal Society. Jeff is also a huge sports fan, especially when it comes to the Colorado Buffaloes and the New York Yankees. 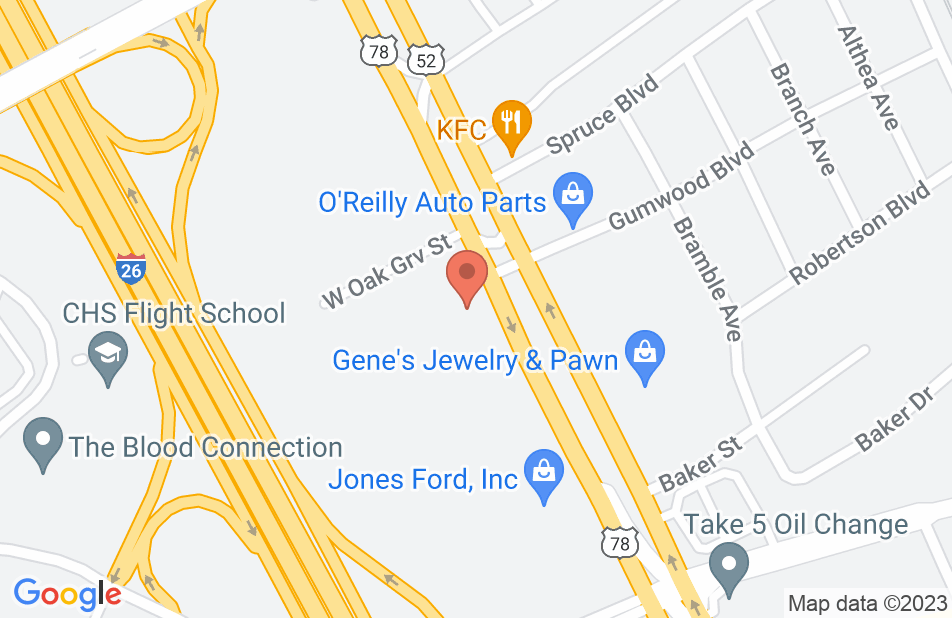 Most Professional and Compassionate Attorney

I hired Jeff Gerardi to represent me after I sustained injuries in a car accident last year. From our first meeting, Jeff was incredibly attentive and supportive of me and my situation. His professionalism and ability to empathize exceeded all of my expectations of a personal injury attorney. Jeff is very accessible, responding to all questions quickly and explaining things thoroughly. He always went way above and beyond my expectations and negotiated with the car insurance company powerfully and nimbly, settling my case for the maximum amount. Jeff made one of the most difficult times of my life so much easier, by juggling all of the details I couldn't and by being a real human being at the same time. I will forever have the deepest gratitude to Jeff for all he did for me and will always refer clients to him with my highest recommendation.
This review is from a person who hired this attorney.
Hired attorney

One of the best decisions we've ever made

My wife and I were in a pretty bad accident, roughly a year and a half ago. A drunk driver hit us from behind, at approximately 50 miles per hour. We flipped, crashed into a tree, and I blacked out after I was torpedo'd into the back seat. I woke up in the hospital several hours later, confused, scared, and in a lot of pain. Fast forward a few days. My wife and I are in pain, and are incredibly frustrated. We've never had to deal with something like this before, and it was very daunting. After a quick Google search of lawyers in the area, we soon landed on Joye Law Firm. A short while later, we were introduced to the wonderful Jeff Gerardi, and our pre-existing fears of "evil blood sucking lawyers" melted away. Jeff was kind, patient, and very clear in his guiding us through the unknown process ahead of us. A year and a half later, my wife and I are back to full health. Jeff Gerardi helped us manuever the tricky insurance battlefields, and we walked away with enough money in our settlement to get married, pay off all of our student loans, and make a down payment on a house!! What could have been the worst event of our lives, ended up being a massive blessing in disguise. And Jeff Gerardi was the man who made it all happen for us. We couldn't recommend Jeff Gerardi, and Joye Law Firm any higher. They were simply perfect. Thanks again, guys.
This review is from a person who hired this attorney.
Hired attorney

I had to hire an attorney to help me settle an auto accident I was involved in. Joye Law Firm's Jeff Gerardi and his Assistant Holly Benton were very professional and treated me like I was the only case they had. Every time I called they were right there to help answer any concerns I had. They kept me informed and up-to-date on everything. I was very happy to have hired them to settle my case.
This review is from a person who hired this attorney.
Hired attorney

Jeff did a great job with my case. He guided me through my medical treatments. He made sure that my health was taken care of first and foremost.And he recovered a very generous settlement for me and my family. Thanks Jeff

Our experience with Jeff Gerardi from Joye Law Firm in handling our case was a very positive one. Jeff was always there when we needed him; sometimes just to reassure us. He is most knowledgeable and very easy to work with besides doing a fantastic job in settling our case with a very positive outcome. We would recommend him to anyone who is in need of a really good attorney. I hope I do not need his or any attorneys services in the future, but if we did, there would be only one attorney I would turn to and that is Jeff Girardi.

Mr. Gerardi did an amazing job! Thanks again!

I am a mother of two small children so I am usually driving my kids around to appointments or sports event. All of this changed whenever I was involved in an accident where my car was totaled by someone rear ending me. I have never had an attorney before or really been into a car accident so I didn’t know where to turn to until I was recommended to go to the Joye Law Firm. I am very thankful of this decision and having Jeff Gerardi on my side. He talked to me in a way I completely understood and never talked down to me. He helped with finding doctors and a rental car. Jeff and his paralegal always kept me updated and checked on how I was doing, along with my the rest of my family even though they weren’t involved in my car accident, thankfully. I felt Jeff was more concerned about me and my well-being than money which is why I will always recommend the Joye Law Firm.

Jeff Gerardi truly cares for his clients and consistently goes the extra mile to obtain the best results for them.

Jeff Gerardi is a fantastic attorney with a massive cache of knowledge and experience when it comes to automobile accidents. I work with Jeff and look to him often for direction on complex insurance coverage issues. He knows how to get the best result for his clients and always strives to do so.

This lawyer does a great job for the community. I endorse this lawyer

This lawyer does a great job with the community. I endorse this lawyer