For over 30 years, protecting my clients has been my passion. I look forward to helping you. 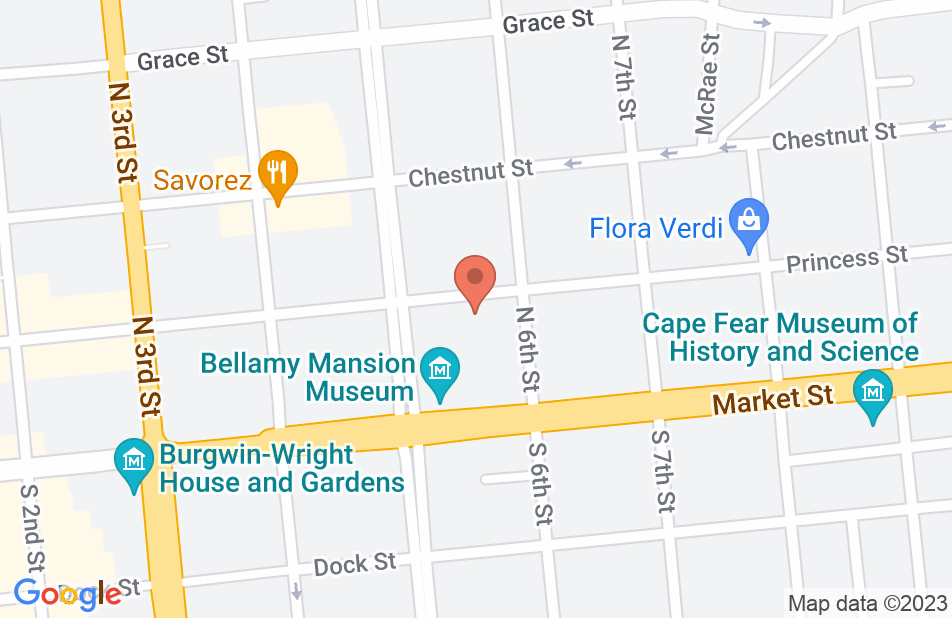 Mason and Mason, Attorneys at Law

Most outstanding attorney in Wilmington

I have hired Mr. Mason on 3 occasions. One not guilty and 2 dismissed by the DA. Bruce is a fighter, not once did he suggest taking a plea, and I was always confident that he would win and had my best interest at heart.

He Knows His Stuff

I called Mr. Mason because someone claimed to have charges filed against me. He called me back quickly, and over the phone explained aspects of the law that I hadn't known which allowed me to relax a bit. I went in for a free consultation, during which time it became clear that Mr. Mason has a lot of experience not just practicing law, but doing so here in Wilmington. He walked me through how local proceedings occur, and who would be involved. In the end, there had been no formal charges filed, so we didn't need to go to court, but I was glad that I contacted Bruce Mason when I did, because I had been very stressed before, and after meeting with him I felt much better.
This review is from a potential client who consulted with this attorney.
Consulted attorney

So Glad I Came to Bruce!

Bruce was extremely professional, knowledgable, and helpful. He came to my aid and was able to get my traffic ticket dismissed, being incredibly thorough and concise throughout the entire process. I highly recommend Bruce!
This review is from a person who hired this attorney.
Hired attorney

Mr Mason is very professional and he works very hard for his clients I would highly recommend him he's the kind of lawyer that you want fighting for you.
This review is from a person who hired this attorney.
Hired attorney

Last year I was charged with three offenses in a short period of time: DUI, driving with no operators licence, and misdemeanor communicating threats, each of which were separate events and unrelated. Bruce came highly recommended by friends of mine whom he had helped out in the past. From the very first consultation I realized he was the attorney for me. Bruce immediately presented me with several different defenses and reasons why we should fight the charges. He is not a lawyer one would hire just to plead guilty. His knowledge of the law as well as the Wilmington court system is impeccable. He always returned my calls promptly and explained the laws and my options concerning them in an easily understandable way, offering excellent advice while at the same time keeping me aware that all decisions were ultimately my own. His office staff was extremely helpful and courteous as well. In the end he got two of my charges completely dismissed and the third with the most favorable outcome possible considering the situation. I can honestly say that in my experience Bruce Mason is undoubtedly the best counselor Wilmington has to offer.
This review is from a person who hired this attorney.
Hired attorney

Mr. Mason was sharp and attentive with all aspects of the case. His defense techniques were extremely effective. He was able to get the case dismissed without having me testify to the unsubstantiated allegations of a vindictive person. I am more than happy with the service he provided. He is genuine and friendly and very reasonable.
This review is from a person who hired this attorney.
Hired attorney

Bruce was an amazing attorney! For being in trouble for the first time ever, Bruce made sure that I was properly informed of all the outcomes and what would happen during court and outside of court. His office staff is super friendly and helped me in every way possible as well. I would highly recommend and go back to Bruce if I ever need a future lawyer
This review is from a person who hired this attorney.
Hired attorney

I hired Mr. Mason when my daughter was wrongfully accused of a serious crime. It was a blatant and nefariously motivated attempt to influence a child custody suit. If left undefended, this attack could have cost her freedom, future, reputation and custodial rights. It was imperative to hire the proper attorney because we may have had only one chance. My daughter and I collaborated utilizing AVVO, Martindale-Hubble, recommendations of other attorneys and of course initial consultations. Mr. Mason stood out above all the rest - he has preeminent credentials and a tremendous track record of achieving positive results for his clients. He called us back hours after our initial on-line inquiry – how is that for responsiveness? He took his time and asked all the right questions. His experience, confidence and ability to digest all the factors involved gave us immediate assurance. After speaking with him we knew he was the one to be both our shield and sword. He advised that there would be no plea bargaining and that this case would end with either a dismissal, acquittal or appeal. We put our trust in Mr. Mason and the case ended with the best possible outcome - in a dismissal and his team is already working on the expunction. I would also like to pay compliment to the support staff at Mason and Mason. They are very professional, responsive and skilled. Mr. Mason’s legal approach was pragmatic, no-nonsense, logical, and most importantly results focused as opposed to some lawyers who are money/profit focused. He is high energy because he loves his work. He is fierce and does not back down; he is a fighter for justice and full of compassion for his clients. Mr. Mason is extremely knowledgeable and professional. He is an excellent criminal defense attorney who is very well respected. He has a known reputation of success and is well connected within the law community. His reputation precedes himself and I believe it influenced the outcome of this case. Mr. Mason and his team were ready to execute on his strategy which led to the case being continued twice and then finally dismissed. Mr. Mason is a respected and renowned “Law Lion” and once on your side the other side will take notice. Bruce Mason was ready to fight to fix the injustice brought on my daughter. We hope to never need his services again, but we can’t control the motivations and actions of others. Without a doubt we would recommend his services to anyone in need.
This review is from a person who hired this attorney.
Hired attorney

Bruce was nothing short of pure excellence in guiding and representing me in a criminal matter which He was extremely responsive and sensitive to my situation and operates with the highest level of integrity.
This review is from a person who hired this attorney.
Hired attorney

I hired Bruce for a DWI case. I was very nervous about this experience. Bruce was not only encouraging and thorough with my case, but also agreed that we needed to fight the charges. I cannot speak any more highly of Bruce. The charges were dismissed. I have no doubt that had I hired any other attorney, that the case would not have had the same outcome for me and my family. I wish that I could give him a higher rating than simply 5 stars. Outstanding Attorney.
This review is from a person who hired this attorney.
Hired attorney
See all reviews

I’ve known Bruce for some time. He is a capable attorney that looks out for his client’s interests.

I endorse Mr. Mason. He an excellent DUI lawyer.

Bruce has an excellent reputation in the area as a strong advocate for his clients. Although his practice is in Wilmington, it is not uncommon to see him in court in Jacksonville working for clients who are willing to travel the extra distance to retain his services, and I am sure they are more than pleased with the return on their investment!

Bruce is a top notch criminal defense attorney. I regularly consult him with novel legal issues. I do not hesitate to refer matters to him.

I endorse Bruce. He is a highly skilled attorney that is well respected in the legal community.

I endorse this lawyer. Bruce is a very talented and dedicated lawyer. I have worked with him on a number of cases and have always been impressed by his knowledge, skill and diligence. I would not hesitate to recommend him to a friend or family member.

Bruce is an excellent attorney, with broad experience and an exemplary reputation, well earned for his courtroom presence and strong advocacy. I highly reccomend him.

I endorse this lawyer. Bruce aggressively defends his clients. He is well-respected in the legal community and gets good results.

Mr. Mason is a top-notch criminal defense attorney. I am confident in his ability to handle all types of criminal claims.