NC Board Certified Specialist in Family Law! Zealous representation in and out of the courtroom!

Kristin Kelly Broyles is a North Carolina Board Certified Specialist in Family Law and a Certified Parenting Coordinator.  She is the recipient of the 2020 40 under 40 award from the Triad Business Journal and the 2018 40 under 40 Alumni Award from North Carolina Central University.  Kristin has been recognized as a Best Lawyers in America since 2019, a Rising Star by SuperLawyers since 2016 and has been recognized as a Legal Elite in Family Law from Business North Carolina.  She was a member of the 2017 Leadership Academy class sponsored by the North Carolina Bar Association and was one of sixteen attorneys chosen from across the state to be involved in the program.

Kristin was born in Wilmington, North Carolina and attended the University of North Carolina at Chapel Hill where she received a Bachelor of Arts in Political Science with a Minor in History. Kristin attended North Carolina Central University School of Law and graduated in 2008. She was admitted to practice law in North Carolina in August, 2008 and began her legal practice working as a Staff Attorney for Legal Aid of North Carolina, Inc. in the Winston-Salem Office. She practiced with the Family Law Unit while with Legal Aid. Kristin went into private practice in 2011 where she began practicing in the area of criminal defense and family law. Kristin has handled hundreds of trials for both family law and criminal defense matters. 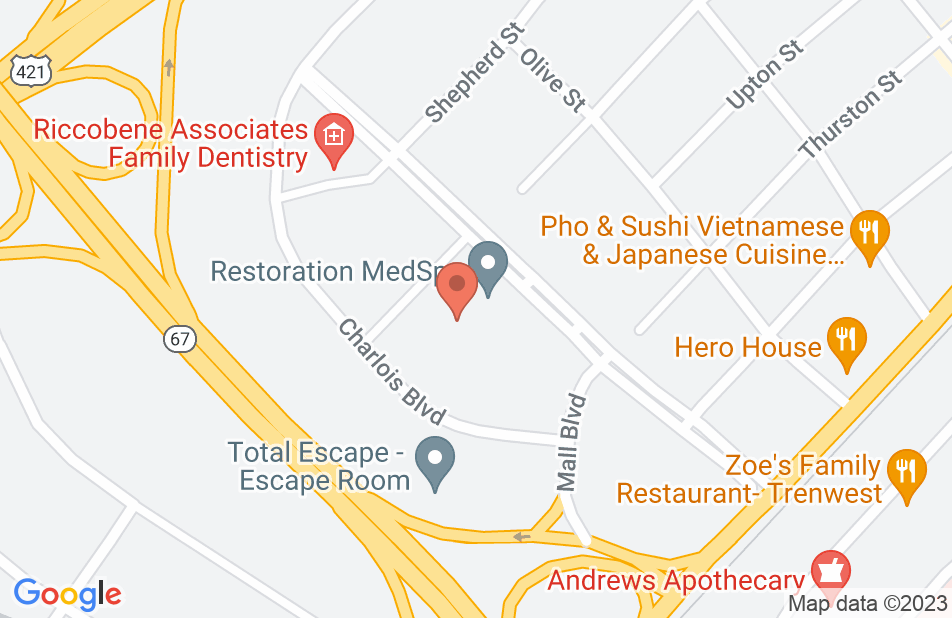 Most qualified, experienced, professional lawyer I've had the opportunity to work with

Kristin Kelly is by far the most professional, intelligent and well-qualified lawyer that I've had the experience to work with. She listened to everything about our case and worked so hard to make sure that our child's best interests were put first. She is the most competent, skilled and prepared lawyer I've ever met. She is sharp as a tack and well-informed. She came to court so prepared, polished and professional and knew exactly what to say and do. Our family is so happy and grateful to have had the opportunity to work with her and are so thankful for her expertise and guidance throughout our case.
This review is from a person who hired this attorney.
Hired attorney

Kristin has assisted me the process of a divorce. I was apart of a domestic violence experience at the of my same sex marriage. She assisted me in obtaining a 50B (restraining order) to begin my journey. I am truly grateful for her guidance.
This review is from a person who hired this attorney.
Hired attorney

It was a year ago my husband and I both frantic and emotionally fragile made an appointment with Kristin after finding her profile in superlawyers. Our situation we knew was going to be challenging because we are Grandparents and our daughter had left her husband for another man and took the children. The story also involved a few other pieces of drama just like most cases involving custody, divorce, visitation etc. We met with Kristin for a consultation and she listened to our story, took notes and spent time explaining things along the way. We knew we wanted to hire her immediately however she had a commitment during the timeframe we needed. She asked us to wait and she made a phone call to another lawyer that she said she uses as a mentor. She arranged for us to connect with the lawyer she spoke with. My husband and I were just so impressed with her sincerity and going above and beyond by finding us someone she trusted to help us with our case. Bottom line, if you are lucky enough to retain this wonderful person and dedicated lawyer do it!
This review is from a potential client who consulted with this attorney.
Consulted attorney

Attorney Kelly Broyles helped me with an emergency domestic matter in 2017. When I went to my consult with her I knew she was the lawyer for me. She is knowledgeable, professional and fought for my rights as a parent. I was ecstatic about the outcome of my case. Again, thank you Attorney Kelly Broyles.
This review is from a person who hired this attorney.
Hired attorney

I consulted with Kristin Kelly Broyles on outstanding issues with a separation agreement. I found her advice very helpful and she went above and beyond to explain my options in great detail. I found her rates to be extremely reasonable when compared to those I consulted with and had no hesitation about hiring her as my counsel.
This review is from a person who hired this attorney.
Hired attorney

Her rates were reasonable and her advice and help was paramount to the success of my child support case!
This review is from a person who hired this attorney.
Hired attorney

Kristin and her staff have been extremely supportive, efficient, and dedicated in their handling of my case. Kristin has done more to facilitate actions in my case in three months time than my previous attorney did in one year. I am extremely impressed with the attention being given to my case, accessibility to Kristin or her assistant if I need help or have questions, the receipt of copies and updates, and the emotional support they always give when needed.
This review is from a person who hired this attorney.
Hired attorney

Genuinely Cared About My Situation

Had an emergency situation within the family and needed help asap! Attorney Kelly gave me excellent advice and assistance regarding my grandparent's rights in North Carolina. I highly recommend her... she was there when I needed help!
This review is from a person who hired this attorney.
Hired attorney

Hardest time in my Life

This is one of the hardest times in my life. I had a 50B, divorce, child custody and support, and division of assets to go through. We are half way through it all. So far Miss Kelly has gone above and beyond for everything. When we discuss the case at hand she helps me feel comfortable. And never does anything with out asking me. If I ask her not to do anything she doesn't do it. I feel comfortable knowing that my son and my best interest is at hand. Her legal aid Mrs. Hancock is outstanding (very quick and thorough) and always cheerful. If I ever need a lawyer again I will call her.
This review is from a person who hired this attorney.
Hired attorney

Kristin helped through Divorce, Custody and mediation. I truly believe that Kristin cared about me and my children throughout the entire process. Couldnt be happier and grateful for her help!
This review is from a person who hired this attorney.
Hired attorney
See all reviews

I endorse this lawyer. Ms. Kelly is a tremendous and zealous advocate for her clients. She is well-prepared, knowledgeable of applicable law and always professional.

Kristin is a hardworking and passionate attorney. She is a powerful litigator, while also remaining very professional.

Kristin is an aggressive, knowledgeable attorney who gives each case the personal attention it deserves.

Kristin is a highly skilled attorney. Her knowledge of the law and advocacy for her clients is top notch. I definitely recommend Kristin.

Kristin is a strong litigator who zealously represents her clients in the courtroom. She is also extremely knowledgeable in preparing and presenting an effective case. Her communication skills and her tenacity will serve you well in any legal matter.

I have known Kristin four years. I have witnessed her firsthand fighting for her client's rights in court and cross-examing law enforcement officers. I recommend anyone to contact Kristin for a free consultation in criminal cases.

Kristin Kelly is an aggressive family law attorney. She has the knowledge and experience to provide her clients with excellent representation not only in family matters but also in criminal matters.

I endorse this lawyer for her extensive knowledge of the law and ability to work WITH other lawyers not AGAINST other lawyers to find an acceptable solution for all parties involved while preserving their dignity and sanity.