Liz is a former prosecutor in both Norfolk and Portsmouth.  She has been in private practice as a general practitioner since 2010.  She has practiced in courts throughout the area and is familiar with all judges in the Hampton Roads area.  She has conducted over 50 jury trials and is an experienced litigator.

Liz is resides in Virginia Beach with her husband and twin daughters. 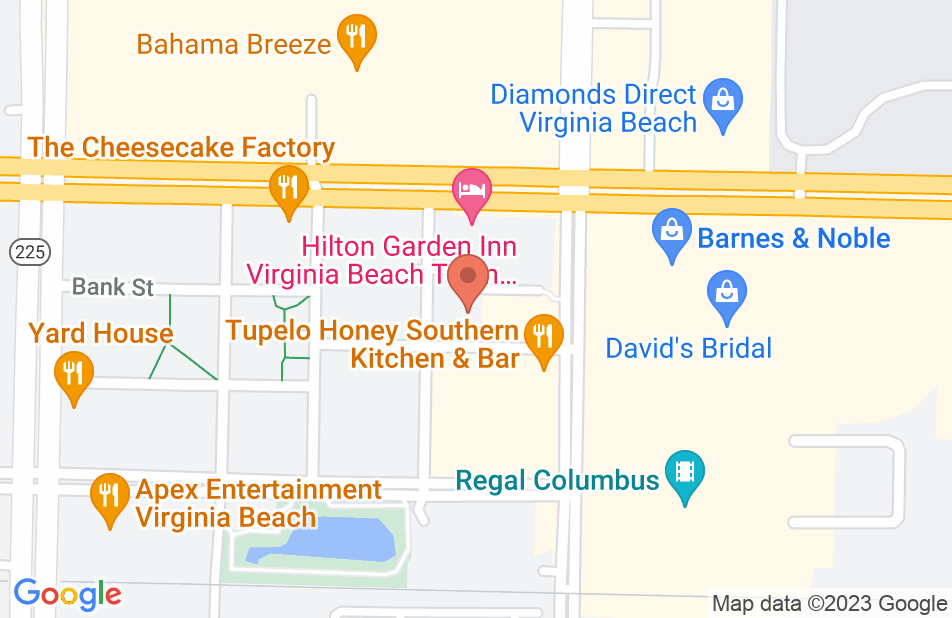 Liz Wood was a game changer for me in my custody case. Before I met with her, I was a stressed out mess and she took the weight off my shoulders for me and made me feel confident in what I was asking for. She was always responsive and easy to speak with. I got what I wanted without having to go broke to do so. She was honest with me from the start and I’m so so so grateful for her.
This review is from a person who hired this attorney.
Hired attorney

From the moment I called her I knew I had to hire her. Liz has been by my side since May of 2018 working on my separation and divorce. I am not stationed in Virginia anymore as I am on active duty but my ex-husband still lives there and she handled everything for me without hesitation. I didn't have to make a trip back to go to court and she insured that I got custody of my children. For 15 months she patiently dealt with me asking a million and one questions without ever making me feel like I couldn't trust her to have my best interest at heart. If every I need a lawyer in Virginia again I know who to call.
This review is from a person who hired this attorney.
Hired attorney

My case involved custody, support, and visitation. Actions by the other party caused the case to be drawn out over an extended period. Elizabeth Woods represented me with great diligence and competence throughout the process and ultimately secured exactly the result that I was seeking. I found her to be effective, trustworthy, down-to-earth, understanding, and a great communicator. I felt well represented during this extended period and was impressed that she always knew the details of my case and what I was seeking even following long delays. I will not hesitate to seek her representation again, if needed, or her recommendation if the matter falls outside her expertise. I recommend her without reservation.
This review is from a person who hired this attorney.
Hired attorney

A phenomenal, trustworthy attorney with effective communication skills and a thorough understanding of law in her purview. An extremely humble and articulate attorney who speaks to your level of understanding. I reside in another State and as a Father, I harbored a legitimate concern with regards to retaining legal counsel to represent my child custody case. I did my research and minimized my legal counsel list to three (3) candidates, with Attorney Woods being at the top of the list. During our initial consultation, she was very forthcoming and genuinely interested in my momentous concerns. I was extremely impressed with her and immediately retained her services. During the litigation process, she definitely did not disappoint and truly set the bar, no pun intended. Attorney Woods demonstrated a great sense of decisiveness, promptness, patience, understanding, and availability. Not once did a feel alone during the entire process. It is satisfying to be able to give her my “highest recommendation”. Seldom have I been able to recommend someone without reservation. She has earned my trust!
This review is from a person who hired this attorney.
Hired attorney

Professional, quick, and on point.

I've had to go back and forth to the court concerning custody, support, and visitation. It is a very stressful and draining process every single time. Especially when you have an attorney that isn't much help. I can't say that about Elizabeth Wood. She is quick to get back to you when she can, professional, and knows what she's doing. She is usually in court, but just send her an e-mail or text message and before you know it, your request is fulfilled and/or you get an answer back from her. She made this last case a breeze. I expressed my concerns and she understood them. She made sure to cover the important details in the agreement. Keep in mind, she will help you realize the realistic view. So work with her and she'll work with you. Plan on having her represent me again in another city. I definitely recommend her.
This review is from a person who hired this attorney.
Hired attorney

I wanted to thank you for taking the time to give me legal advice regarding my daughter. I am taking your advice and contacting an attorney in Virginia tomorrow to get the first step I need to take. I very much appreciate all of your help!
This review is from a potential client who consulted with this attorney.
Consulted attorney

Liz has assisted me on a few issues over the years & has always been thorough, professional, and clear. She worked on my divorce a few years ago and made what I expected to be a long, terrible process actually quite easy and seamless. She has also assisted me on a small claim against a landscaper who damaged my property a few years ago and the process was again easy and informative.
This review is from a person who hired this attorney.
Hired attorney

After having Mrs. Wood represent me on a handful of traffic tickets, and getting a handle on how she communicates and walks you through every step in clear, concise language, I felt comfortable having her do my will and trust work. Never have I dealt with an attorney with more professionalism and better communication skills. You can't ask for much more when it comes to legal representation than to feel as if you have someone leaving no stone unturned on your behalf. That's what I've always gotten working with Mrs. Wood. Highest recommendation.
This review is from a person who hired this attorney.
Hired attorney

Ms. Wood was very helpful in helping set up and manage the legal requirements for several LLC's when I had to leave the area.
This review is from a person who hired this attorney.
Hired attorney

An Excellent Attorney all around!!!

I have used Elizabeth twice. Once was for a traffic ticket that she was able to get me out of. She was very good at explaining the whole process to me as it was really my first time in court. She knew exactly what to say and coached me on how I should act. loved it. The second time was to draft up some legal documents for me including a will. She asked a ton of questions to find out what I really wanted. I even sent it back a couple times for changes and she was quick responding. Overall a great attorney and reasonably priced. You won't be disappointed
This review is from a person who hired this attorney.
Hired attorney
See all reviews

I’ve had the pleasure of having Ms. Wood as my GAL and of working with her together on several matters. She’s a brilliant attorney who is more than comfortable in a courtroom and truly advocates for her clients. She is reasonable and easy to work with and I fully endorse her!

Elizabeth Wood is an advocate for her clients and very knowledgeable.

No problem here endorsing Ms. Wood. She has a firm understanding of child custody. On Ms. Woods website is an excellent article written by her explaining Virginia child custody law. .

I have watched Ms. Wood handle many criminal cases. She is able to think quickly on her feet and understands the process well. Ms. Wood brings the experience of a former prosecutor to each of her cases.

Liz is a zealous advocate and is committed to achieving the best results possible for her clients.

Liz is a fantastic defense attorney with a passion for what she does. She has been an amazing mentor and it is always a pleasure to work with her.

Liz zealously represents her clients and gets vested in her cases. I have found her to be very skillful in her presentations to the Court.

A very talented attorney, who is passionate about representing her clients.

I have know Liz for over ten years. She is a zealous advocate for her clients, and she cares about the outcome of her cases. I highly recommend her.