I have been in practice since 2001 and I have always focused on domestic relations law. 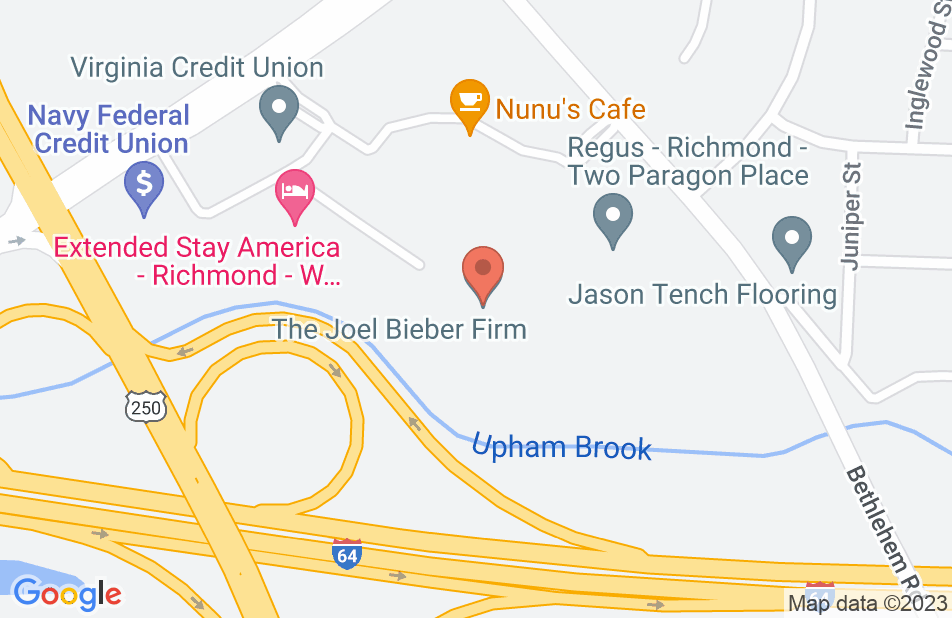 Mr. Leiner is an exceptional family law litigator and mediator who exhibits a rare combination of the highest level of ethics while providing superior legal representation, and is well known and respected in the legal community. I was diligent in researching an effective attorney, and he was consistently recommended. His expertise and attention to detail is only surpassed by his dedication and commitment to achieving the best possible outcome. Mr. Leiner represented me in a child custody case, and achieved a highly favorable outcome. Family law cases are charged and emotional, and Mr. Leiner remained a calm presence through the storm. While tenacious, he always took steps to resolve and negotiate matters in good faith, so as to avoid personal hardships or unnecessary legal fees. I highly recommend Mr. Leiner as he is thorough, provided excellent communication, was highly attentive to the case, and worked vigorously to protect the best interests of my son.
This review is from a person who hired this attorney.
Hired attorney

I found Harris Leiner after talking to a few other attorneys. From the first meeting I felt like Mr. Leiner was unique from the others because he was very attentive to what I needed to say. He has a calm manner that helped with the emotional turmoil of my situation. In general I am against divorce and really did not want to deal with a divorce lawyer or hire someone in this profession. However, after working with him, I have realized there is a critical place for principled family law professionals. He changed my opinion about the profession and has already been recommended to others. When I first met with Mr. Leiner, he told me my goal was virtually impossible. I explained why my situation was so unique and the reason my goals were critical. He then created and executed a plan that achieved my goals. Throughout the process, I felt Mr. Leiner was very fair to both me and the opposing party. As things dragged out and became ugly, he was able to shift from a negotiating point of view to aggressively protect my interests in court. I was always comfortable with Mr. Leiner representing me. He demonstrated he is an expert in the law, even going so far as reading the law to the judge. He was always able to predict the outcome of court, and also able to advise when or why the judge might deviate from his prediction. His ability to predict outcomes went a long way to help me plan my future while still navigating a very uncertain time in my life.
This review is from a person who hired this attorney.
Hired attorney

I had the fortune of working with Harris through my divorce, a very long affair going from 2005-2007, and with various motions and related needs for a few years after. Throughout it all, the one thing that stood out to me was his integrity. Everything we did for our case was based on this premise, and it made it easy to navigate tricky decisions and challenges with such strong principles and ethics as a foundation. Harris is also adept at working with clients outside the Richmond area. I was many states away, but it made no difference to his efficiency. No divorce is pleasant and there are NO winners, but we ended up with a livable and fair settlement and with a good foundation to move forward on. Highly recommend Harris.
This review is from a person who hired this attorney.
Hired attorney

Mr. Leiner, is honest, helpful and answered all questions. He helped me make the right choices for both my son and I. He kept me informed. I felt cared about how my divorce would affect our lives. During this difficult time, I listened to his advise and suggestions, which has made this a better experience for all of us.

Attorney Leiner was thorough in his work. He kept me up to date with his plan of action. He was always on time. He did and excellent job with our case. There should be more lawyers like him. I felt very comfortable talking to him.

I worked with Harris Leiner back in 2012 for a child custody case. Mr. Leiner met with me and reviewed my case to see if was worth pursuing since I am a single father. After reviewing the facts of the case, we proceeded to file the motions. During this process, Mr. Leiner was always updating me on progress through either phone calls or e-mails. Anytime I could not get in touch with mr. Leiner, He would call be back the same day and answer any questions I had. Mr. Leiner worked very hard on my case and was very knowledgable through out the process. I would recommend Mr. Leiner to any one with any case but he was exceptional with my child custody case. He also followed up after the case and was willing to assist me with filing for child support from my former wife. Mr. Leiner is a exceptional lawyer and worth taking the time to go see. He helped me out greatly, I'm sure he will do the same for you.

You will want to hire this lawyer!

Harris Leiner is the lawyer you want and need to hire! I have had the great opportunity to be represented by him through a long, drawn out divorce/support battle since approximately 2004. He came highly recommended after I fired my first lawyer and he has provided impeccable service. Not only has he provided impeccable service, he won and held the court decisions at bay with 100% success. Mr. Leiner represented me even while I lived in another state! Not only does he care about the representation of his clients, their success, he also cares about them as a person. You want a lawyer that gives you the facts, works hard, stays ahead of the opposition, saves you time, does not waste your time financially, and does a fantastic job in court. This is Harris Leiner! Mr. Leiner is extremely knowledgeable, professional, trustworthy, and very, very reliable. He knows how to fight for his clients and he knows the law. If I still resided in the State of Virginia, Richmond area, I would recommended everyone that needed a lawyer to him. In cases where individuals talk negative about their lawyer or lawyer experiences, I have the great experience of bragging on my lawyer and the success we had in court. I would not have succeeded so well, if I had not hired him. I have had the great privilege of being represented by him and I feel honored to know him. If people in our world would hold such high, excellent standards as he does in working for people and conducting his work for his clients, our world would be a greater place. I learned the hard way, hire the best right from the start! Do not start with a lawyer to save on money, the saying "you get what you pay for" - in my case it was true. I am so very thankful to have had his representation! You want to hire this lawyer!!!

I did a lot of research in my quest to finding a lawyer to handle my very specific custody case and was rewarded for it by finding Mr. Leiner. Harris was very honest about how he felt the outcome would be regarding the unusual circumstances in my case, worked dilligently, kept me informed and in the end he delivered. I recommend Mr. Harris Leiner with no reservations.

Harris is a very effective and efficient attorney. He educated me regarding the options throughout the process, and was patient while I took time to make important decisions.

Harris was very upfront with us upon our initial meeting. He made us feel comfortable and let us know that he felt comfortable that we would get the outcome desired even though there were no guarantees. He was generally assessable and responsive and followed up if we were not providing information quickly enough. Demonstrated strong knowledge throughout entire process and particularly at the hearing.
See all reviews

Mr. Leiner is a top-notch lawyer. I endorse him.

I endorse this lawyer. He is an excellent family law lawyer.