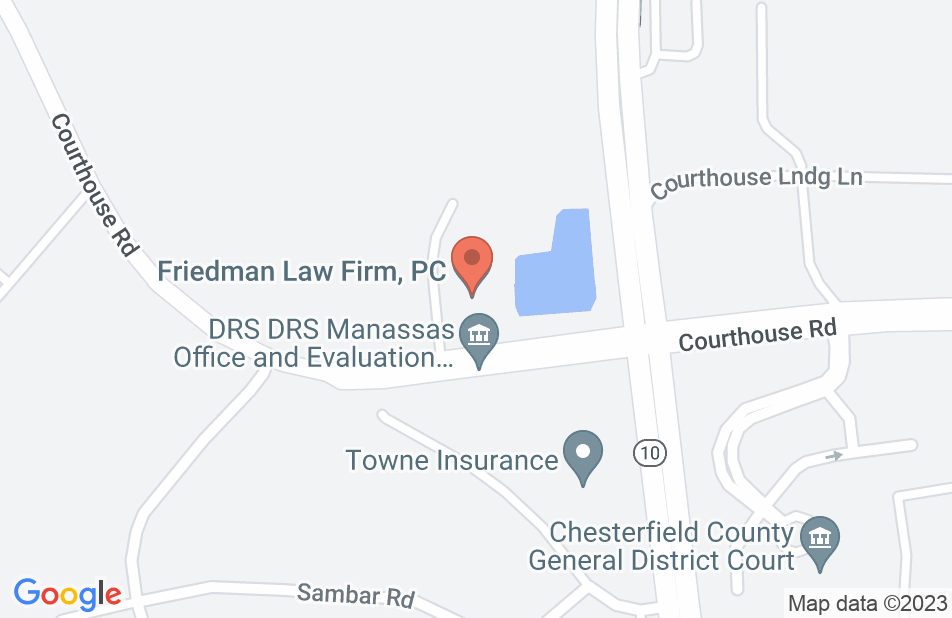 Great Experience from a Great Attorney

Lindsay Dugan is the best attorney I had the pleasure to work with. I have be in and out of court the last 8 years dealing with custody and visitation hearings. I was served once again and my court hearing was fast approaching (after asking for a continuance appearing with no attorney). With the continuance being granted (around the Christmas/new year holiday and 2 snow storms), I was not abe to find an attorney that was able to appear with me on the date of the hearing. I was desperate and in need to find representation immediately. With only 4 days till my hearing I had met with Lindsay Dugan and Mr. Friedman. They were very understanding and empathic of my situation and need. Lindsay was available on the date of my hearing and I retained the firm to represent me. Lindsay was fabulous! She worked on my case the best she could with the limited time I presented her with. She put in 100% in preparation and 200% in court. I could have not done this without her guidance and support. If you are in need of an attorney I would recommend Lindsay and the Friedman Law firm with no doubt. Thank you Lindsay and team!
This review is from a person who hired this attorney.
Hired attorney

Lindsay represented me along with Rick Friedman in my divorce proceedings. I found her to be efficient, knowledgeable and also very caring in my case. She made the procedure bearable and was always quick to respond to any issues I felt I had. She made me feel that my issues were important to her and I felt so much calmer after talking with her. I feel I was very lucky to have her represent me. I think she and Rick Friedman's Law Firm are the #1 law firm in the area. I will miss her!

I hired Ms. Dugan for my divorce. Never explained what was going on or the progress, rarely answered emails or phone calls but definitely billed me for them. It's been 3 years and everything still isn't done. She got my birthdate wrong and misspelled my last name on a document that was being sent to the courts after telling her over a year prior that it was wrong, she never fixed it. But she charged me for writing it... twice. Wouldn't recommend her to anyone ever. This has been one of the worst and most frustrating events of my entire life. I have remarried, moved across the country, bought a house, had a baby, had a miscarriage, pregnant again, lost my Mother and Stepfather BUT at the end of each day I've had to think about this stuff not being settled even though I've moved on in my life. All of this headache for me to get less than $8,000 of my ex husband's retirement, absolutely not worth it, I wish I would have known this 3 years ago. I hope no one else has to go through what she has put me through.
This review is from a person who hired this attorney.
Hired attorney

Lindsay is an extremely skilled attorney, especially in child custody cases. She works diligently for her clients and achieves outstanding results in court.

Lindsay is an excellent attorney. She is not afraid to stand up and assert herself or her position if necessary. She has tremendous experience in the area of Family Law through her years as a Guardian ad litem and as a litigator.

Lindsay is an excellent attorney who truly cares for her clients and is always prepared.

Lindsay is an experienced family law attorney, who does an outstanding job for her clients.

Lindsay is a fantastic attorney who truly cares about her clients and gets great results.

Richard Friedman, Divorce and separation Attorney on May 2, 2013
Relationship: Co-worker

I endorse this lawyer. Lindsay is a very knowledgeable attorney who pays close attention to details. Most importantly, she is a caring person who gives 100% to her clients.