Ryan A. Brown was born in Kansas City and raised in California. His first job in the computer industry began at the age of eleven, building and repairing personal computers for a local store in Santa Barbara, California. In 1993 he began a computer and Internet consulting firm and started the first Internet Service Provider (ISP) in Santa Barbara.

Since starting Arlington Law Group in 2007, Ryan has worked with a wide array of businesses and individual clients on estate planning, business law and tax planning. Ryan also works with several technology start-up and early stage companies on company governance, private placements of stock and debt, and computer and Internet law.

Ryan has served and continues to serve on the boards of several for-profit and non-profit organizations. Ryan previously served on the board of the Arlington County Bar Association and has volunteered for several pro-bono projects in Northern Virginia including Wills for Heroes which provides free wills and estate planning documents to first responders (police, sheriff, fire & paramedics). Ryan regularly gives seminars on estate planning, tax and business law, teaches an annual Continuing Legal Education class at George Mason University School of Law and occasionally guest lectures at the law school. 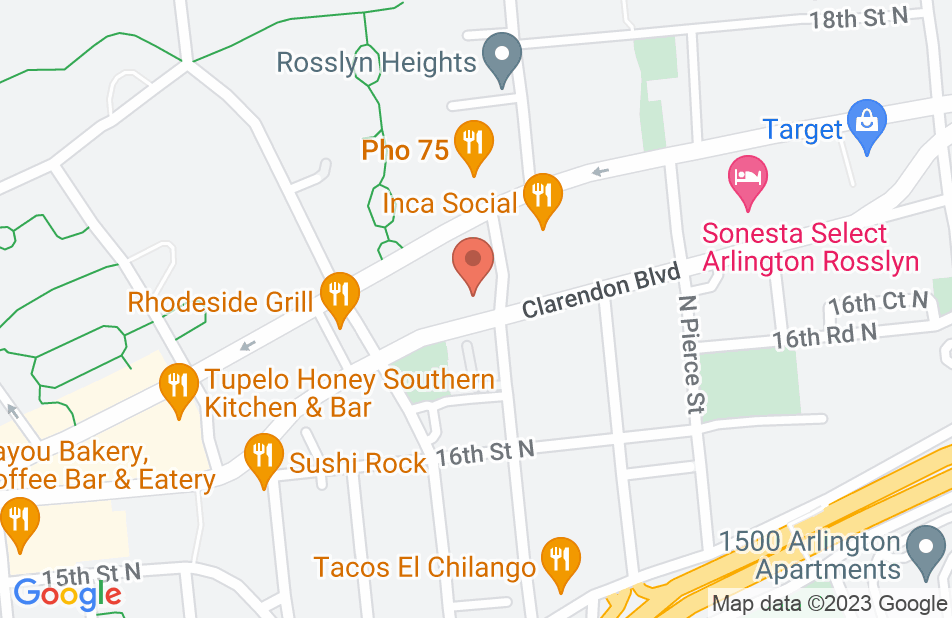 Efficient Use of Time

I run a small tech group, and time and money are both at a premium. Ryan was exactly the right choice, as he knew the technical issues at hand along with the legal issues in our contracting process. He made unbelievably good use of the time spent - lawyers have high billable rates and Ryan's advice was clearly worth every penny.
This review is from a person who hired this attorney.
Hired attorney

Mr. Brown has been tremendously helpful for our company. He demonstrates professionalism and has a strong foundation of knowledge. He has been integral in many of our important strategic decisions to grow our company. We recommend Mr. Brown for any small or large business.

Beyond a doubt the right attorney for my business!

I had my initial meeting with Attorney Ryan Brown on the afternoon of 10/20/2010. I walked away with piece of mind and feeling absolutely great about my startup business. Attorney Brown went above and beyond. Not only did he hit every single question on the head without hesitation or any uncertainty. He provided print outs referencing everything he'd mentioned. There was not a single question left unanswered. Beyond this, he offered additional input and was very thorough as though he was helping a dear friend or launching a business of his own. I have commited my company to his services for 6 months and will extend beyond this as long as my company is successful. I offered to leave this review on my own accord and was not asked to do so in any way. I highly recommend at least an initial sit down with attorney brown for your legal needs. I have no doubt anyone that receives legal counsel from Attorney Brown will certainly not regret it in the least. Thank you and good luck with your endeavours.

Top-notch business attorney who is dedicated to client success.

I endorse Ryan Brown for incorporation, estate planning, and tax work. He is professional, knowledgeable, courteous, and prompt.

Ryan Brown is an excellent lawyer and very skilled at estate planning, among other areas. I have known him for ten years and referred many people to him for estate planning, including close friends and family members.

Robert Olson, Mergers and acquisitions Attorney on Jan 10, 2011
Relationship: Worked together on matter

Mr. Brown and I associated in my client's purchase of a medical practice, and he formed a PLLC for my client, in Virginia. Mr. Brown was extremely conscientious and thorough in his review of the documents, asking many questions to fine tune his review, and was prompt in completing the work. He even did fact-checking to confirm the seller's representations were in fact correct. I am very happy with his work with me on this matter, and would recommend him to others for their legal work in Virginia.