I graduated from the University of Georgia in 2001 and from the University of Maryland School of Law in 2004. I was admitted to the Maryland bar in 2004, and shortly thereafter became Managing Attorney of the YWCA of Annapolis & Anne Arundel County Domestic Violence Legal Services program, where I provided representation to victims of abuse in their domestic violence and family law matters until early 2010. I am a member of the Maryland State Bar Association, Maryland Hispanic Bar Association and the Anne Arundel Bar Association.  I currently serve on the Judicial Nominations Committee of the Maryland Hispanic Bar Association and formerly served on the Board of Directors of the Maryland Network Against Domestic Violence. Since joining the firm in April of 2010, I have concentrated in negotiating and litigating family law matters, including domestic violence matters in District and Circuit Court. 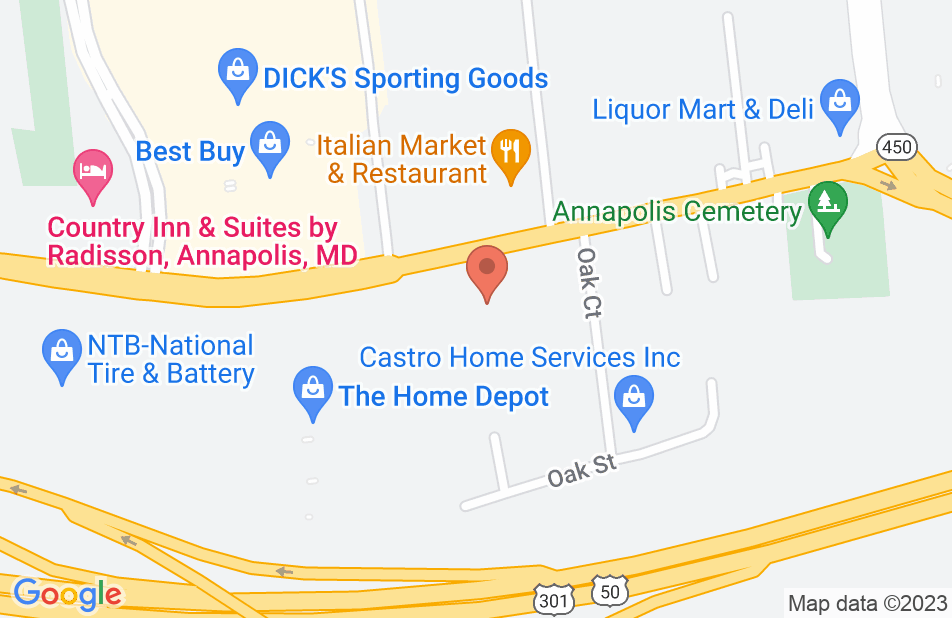 Excellent attorney, attentive, and pays close attention to your case

Highly recommended by a friend who had a particularly difficult divorce. I could not have had a better attorney. Andrea listened, clearly explained what to expect, and suggested a best path forward but left the decision to me. Best of all she stayed on top of everything that happened in the case throughout, which led to quick closure. I have dealt with attorneys many times in the past and it has always been one of those things that you don't want to do but have to. In this case I was completely happy to receive communications from Andrea, it was always to the point and never wasted my time or money. Although I got sticker shock when the hourly rate was explained at our initial consultation, I stuck it out because my friend recommended her. I am extremely glad I did. She never wasted a penny and had my separation agreement and divorce done weeks after hiring her. This after a year of my previous attorney struggling as the divide between me and my ex significantly grew.
This review is from a person who hired this attorney.
Hired attorney

When I first met Andrea she was pregnant with her first child. I knew I was coming to her with a difficult case. I explained everything to her about my ex-husband and his mental issues. She took me anyway ...Going to court, when your not used to going is hard, Andrea made me feel comfortable. She gave me the self esteem I needed to stand up for myself. She always called, e mailed, or texted me when I needed her response. She was always there for me as I needed.
This review is from a person who hired this attorney.
Hired attorney

Legal representation with a warm touch!

I was so please to find Andrea to represent me. She is caring, gentle yet firm, and skillfully balances the delicate terrain of her clients best interest and family harmony. She is fair and straight forward. She has your back. Great to have her in your corner.
This review is from a person who hired this attorney.
Hired attorney

The divorce from my ex-husband was very difficult and turbulent; there was a long history of domestic violence and child abuse. Andrea was compassionate and encouraging; she listened to my fears and concerns and provided practical advice and solutions. Andrea was with me at every step; I never felt alone. In addition to the emotional support she provided; she was always well prepared, professional and extremely adept in court. I highly recommend Andrea and I am so grateful she represented me during that difficult time.
This review is from a person who hired this attorney.
Hired attorney

Andrea Padley Montini is very professional and organized. She always got back to me as soon as possible and gave great information about how to handle issues I was having with my ex husband. She made the divorce process go by much easier than I expected and prepared everything I needed for court so I didn't have to do much of anything. She also was honest and straight forward about what to expect throughout the whole process. I would recommend her to any of my friends to help them through divorce and child custody battles!
This review is from a person who hired this attorney.
Hired attorney

Andrea was our hero!

I switched attorneys and began using Andrea in the middle of my custody case, because it was extremely high-conflict and involved significant neglect of my then infant son, and I felt that my previous attorney was simply going through the motions. I needed an attorney who I felt was compassionate to our situation and would genuinely care about my son and I, but who was also appropriately aggressive from a legal angle. Andrea responded to my myriad of questions thoughtfully. She helped me maintain composure in moments where I felt like I was going to lose my mind. When I faced confusion over all of the "why's" and grief over our situation, she often gave me the encouragement to keep moving towards our final goal, which was safety for my son. She encouraged me early on to enlist the services of a private investigator which I was hesitant to do because of the financial strain, but it ended up being money really well spent, as a lot was uncovered that later truly shaped my case and helped me to provide the evidence I needed to prove to the judge that my son was in a neglectful and at times dangerous situation with his other parent. Having heard so much about other custody cases, I had assumed that my ex would always have certain rights to his son, but after seeing enough unfold, the modification for custody that Andrea wrote up was aggressive and requested that I have both sole legal and physical custody of my son and that visitations be suspended or supervised. In the end, because of her guidance, I was granted sole custody and any visitation by my ex will for now on be supervised, until my son is an adult. I had believed at one point that I would never feel this safe again and that I would always watch my son be terrorized as well, but I am so happy to say that we now have freedom from that nightmare, and my son is safe and happy--I see a very bright future ahead for us! All is now right in the world! The bottom line is that Andrea is deeply thoughtful and very thorough. She showed up well-prepared and knowledgeable about the intricate details of my case. I would use her again should I ever need an attorney (though I hope not!!) and I would definitely recommend her to my loved ones.
This review is from a person who hired this attorney.
Hired attorney

Ms. Montini's knowledge of family law combined with her experience advocating for victims of domestic violence was the perfect thing for my complicated situation. She handled the opposing counsel with grace, strength, and dignity - even when he was trying to be a weasel. She is handling the new opposing council with just as much grace and savvy know-how. She has a great ability to see the case from all angles and her advice was always spot-on. I recommend her enthusiastically.
This review is from a person who hired this attorney.
Hired attorney

When I decided to file for divorce, I was referred to the Krohn & Krissoff law firm by a colleague of mine. I ultimately retained Andrea as my attorney, and it was the best decision I could have made. The depth of her understanding of family law far surpasses the number of years she has been practicing. She was very attentive and always gave me sound legal advice, even if it is not what I wanted to hear. Unfortunately, my ex-wife made my divorce process very complicated, which resulted in a protective order hearing, multiple contempt hearings, and finally a three day trial. Andrea was always well prepared, organized, and very astute, as evidenced by the favorable outcome at each of those court appearances. Going through a divorce is difficult, but with Andrea as your attorney, you can feel confident and at ease knowing that she will be there to help you navigate through the process.

I read somewhere that a good divorce attorney is neither a wolf or a sheep - they are a fox! Not too aggressive, not too conservative, but aware and prepared for everything. I would definitely put Andrea i this category. I hired Andrea to assist with a complicated divorce (but of course, aren't they all!) - children/custody issues, business issues, and home ownership/equity issues. Her advice and guidance throughout was just right. She was very knowledgeable about the county court's most likely decision factors and gave me the tough answers that I didn't want to hear at times but listened and researched other issues when I requested. Overall, I don't believe I could have had better legal advice. Of course she recommended settling, everyone does because you have the ability to set your deal and avoid the risk of the courts coming up with a decision that has the possibility of being worse. We were able to come up with a settlement that worked for everyone and were able to move forward... now 4 years later with a good co-parenting relationship with my ex-hubby, I'm eternally grateful for her support and guidance.

Andrea is a true professional, and provides positive results during turbulent and troubled times. Highly recommend for counseling and action oriented results!
See all reviews

When Andrea is opposing counsel I am confident that her clients are advised thoroughly in their rights under the law, while at the same time encouraged to reach agreement and reduce stress and contention. A good working relationship between opposing counsel benefits the clients of both attorneys.

I have had the pleasure of working with Andrea for many years. Andrea approaches all of her cases with compassion and understanding. She has extensive experience handling family law matters, and all of the complexities that come along with them. Andrea is easy to talk to, and helps her clients feel confident, and heard. I highly recommend Andrea and her firm for all family law matters.

I highly recommend Ms. Montini. She is aggressive, intelligent and always super prepared. If you are searching for an attorney in the Annapolis area, give her call right away.

I have had the opportunity to both work with Andrea and see her in action. She is well prepared, zealous and personable. I highly recommend her. Moreover, her firm is superb.

Andrea is a strong advocate for her clients. She is professional, practical, and offers thoughtful advice to address her clients' legal and personal needs.