Aggressive representation for children injured at birth and patients injured by medical malpractice.

Christopher S. Norman has the unique honor of having been named a “Super Lawyers Rising Star” first for his work defending healthcare providers, and most recently for his work advocating on behalf of injured patients. Chris leverages the “inside knowledge” that he gained as a “Rising Star” medical malpractice defense attorney in his unrelenting effort to get the most for the injured patients that he now represents. Chris also serves on the Board of Governors of the Maryland Association for Justice, Maryland’s principal assembly of trial lawyers.

In addition to being named a “Super Lawyers Rising Star” on numerous occasions, Chris has also been honored with a "Superb, Top Medical Malpractice Attorney" rating by AVVO, with AVVO's "Client's Choice Award" for medical malpractice, as a "Top 40 Under 40" attorney by The National Trial Lawyers, as a Lifetime Charter Member of Rue Ratings' Best Attorneys in America, and as one of America's Top 100 High Stakes Litigators. Chris also attained Martindale-Hubbell's most coveted "AV-Preeminent" rating.

Chris graduated from the University of Baltimore School of Law, where he served as the Senior Staff Editor on the Intellectual Property Law Journal. Chris also served as a Clerk for the Maryland Court of Appeals’ Standing Committee on Rules of Practice and Procedure, and had his writing published in a Law journal. Chris has a B.A. degree in Philosophy and Political Science from Salisbury University, where he was a member of the Bellevance Honors Program, was inducted into the Phi Sigma Tau and Phi Eta Sigma National Honors Societies, and served as a Legislative Aide in the Maryland House of Delegates.

Chris has an intensely competitive spirit, having competed in everything from motorcycle racing, to fishing tournaments, to wrestling, and flew solo in his first airplane before graduating high school. Needless to say, Chris is excited by challenges, and brings his competitive edge and desire to win to every case he handles. 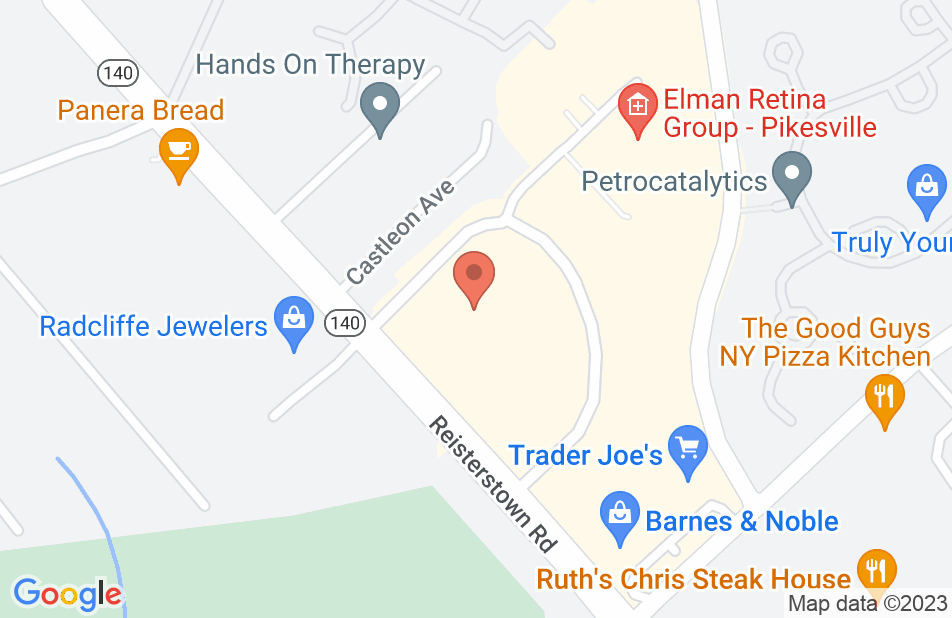 Attorney Chris Norman was exceptionally personable while maintaining an extremely professional relationship. His interpersonal skills are so well developed that it was a seamless partnership of trust, confidentiality and compassion. My husband and I from the outset, felt totally understood and protected; there was an immediate sense of relief that the legal process would be handled with care and that we would receive the highest level of legal advice. We believed that Attorney Norman was fully committed to ensuring we would have the best possible outcome and we certainly did!!! We are clear that what distinguishes him would be his determination, laser focus, thorough approach to details, research and development of all angles of the case. We felt that he left no page "unturned". His quiet and steady confidence, even temperament and in-depth knowledge of all matters concerning our case, resulted in an excellent outcome for our family! We would highly recommend his services and can assure you will have an excellent experience!
This review is from a person who hired this attorney.
Hired attorney
Christopher Norman's response: Candida, Thank you for the review. It was truly an honor to represent you, Myles, and your extraordinary family. You guys have been through a terrible medical tragedy, and I'm humbled that you chose me and the team at WVF&O to help you though your difficult time. I hope that the positive resolution to your case is but the beginning of a lasting friendship. Sincerely, Chris

Mr. Norman is a very compassionate, knowledgeable, and helpful attorney. He has made this very difficult and stressful time in our lives a little easier. He is always available to answer questions and responses quickly. He is very easy to talk with and explains the legal process very well. We wish this never happened and therefore we would not need an attorney, but we are very grateful that we found Mr. Norman to represent us. Very pleasant and easy to work with.

Chris has been an amazing advocate for us and our daughter right from the beginning. He has been very easy to get in contact with and very responsive. He has explained everything to us with such ease, never rushing, answering all of our questions, and providing us with details. We have no regrets in consulting and hiring Chris and he has made this difficult process a whole lot easier to handle.
This review is from a person who hired this attorney.
Hired attorney

The best experience I have ever had with Legal Professionals. Words such as, Personable, Professional and Proficient just skims the surface of describing the quality and care Christopher Norman displayed in all of the months he worked my case. I highly recommend his services. He was able to achieve a victory in my legal matter without long term litigation. He was able to walk me through the process answering any of my questions and was always accessible! If you want effective and knowledgable representation with a personal touch, look no further!!
This review is from a person who hired this attorney.
Hired attorney

Christopher Norman is a very aggressive and personable attorney. after the first 5 minutes of meeting with him, I knew he was the one for my case. I have consulted with many different attorneys before I found Mr. Norman. He is very detailed oriented as I am, and puts all his knowledge on the table to give you all the information possible. He is very experienced in the medical malpractice field, he works very quickly due to his knowledge of the industry. I recommend Mr. Norman for all related cases. Believe me, you will not be disappointed. Superb attorneys are hard to find these days, Chris Norman is Absolutely Awesome. Just give him a call and find out for yourself, YOU WILL THANK ME.
This review is from a person who hired this attorney.
Hired attorney

Christopher is a great listener that wants to know everything about the case. He is very compassionate and understanding of what I was going through. He is very professional about his job, but still connects on a personal level. Christopher worked hard, while always showing how much he cared about my needs.
This review is from a person who hired this attorney.
Hired attorney

During initial meeting, thoroughly laid out the sequence of steps through which the case would proceed. Included information needed from client, information needed through research with other agencies involved and possible outcomes. His process description was very understandable to the layman with spot on accuracy. For example, he said expect 4 months for this type of case and that's exactly how long it took. That's experience talking. Timely updates as the case unfolded. Updates keyed on new developments but Mr Norman was always available to answer questions and quick to respond back when asked. Client options presented with sound explanations and legal advice rendered along the way as needed. Superior outcome was within the parameters he initially presented. Total confidence in Mr Norman. Made the entire process run smoothly due to his professionalism, dedication, experience and unwavering commitment to his clients' best interests. Hold him in the highest regard for his handling of this case. Unequivocally recommend him to others seeking medical malpractice legal services - first choice!
This review is from a person who hired this attorney.
Hired attorney

Chris Norman is a reliable and professional attorney. He helped me with a very stressful situation. Chris is very compassionate. He understands what you are going thru. Chris keeps you informed and returns your telephone call and emails promptly. Everyone in his office is very friendly. I highly recommend Chris Norman.
This review is from a person who hired this attorney.
Hired attorney

Chris' services were exceptional! His response time was immediate and he always followed up with any questions and/or concerns. Chris helped resolve my difficult situation quickly and with the utmost professionalism. I highly recommend him as a reliable and professional individual.

cares, empathic, not a number a person

Chris keeps me informed about progress of the case, returns emails and calls in a timely manner. In short, he cares about you as a person. And there is no stupid question. I am thankful he is representing me.
See all reviews

The bottom line is that Chris treats his clients' problems as his own problems. He is dedicated, determined, and passionate about the work he does. When you hire Chris, you're hiring a lawyer who will demonstrate an attention to detail and a level of caring that will exceed your highest expectations.

Chris is a very thorough lawyer and a thoughtful strategist. I have referred matters to him and he's handled them with professionalism, diligence, and a sense of urgency. Any medical malpractice plaintiff would be lucky to have Chris on their side.

Nicholas McDaniels, Divorce and separation Attorney on Mar 21, 2018
Relationship: Worked together on matter

Chris is my first call for all medical malpractice issues that come into my office. He is knowledgeable, efficient, and able to quickly assess the merits of a potential claim. His manner with clients is exceptional and I am confident referring matters to him.

I have witnessed first-hand the level of compassion and zeal Chris brings to every clients' case. No case is the same, and Chris consistently employs his vast experience and innovative mindset in advocating on his clients' behalf. I can say, without reservation, I endorse this lawyer.

Kelly Mulligan, Personal injury Attorney on May 14, 2015
Relationship: Worked together on matter

Christopher is an exceptional attorney who always has his clients' best interests in mind. He will go above and beyond his duty to achieve the most favorable outcome. I highly recommend Chris.

Mr. Norman is a sharp and engaging attorney who truly has his clients' best interests at heart.

The bottom line is that Chris treats his clients' problems as his own problems. He is dedicated, determined, and passionate about the work he does. When you hire Chris, you're hiring a lawyer who will demonstrate an attention to detail and a level of caring that will exceed your highest expectations.

I endorse this lawyer. As the past president of the Harford County Bar Association I have had the opportunity to interact with numerous attorneys. Chris has knowledge and skills well beyond his years and is a most able & competent attorney, in this very complex field.

Chris is a very thorough lawyer and a thoughtful strategist. I have referred matters to him and he's handled them with professionalism, diligence, and a sense of urgency. Any medical malpractice plaintiff would be lucky to have Chris on their side.