Is your marriage ending? Or, do you need help in a custody dispute? I can help you.

Angela joined the firm in March 2014. After graduating from Hood College in 1993, Angela attended the University of Baltimore School of Law and graduated in 1999. Shortly thereafter, in December 1999, she was admitted to the Maryland State Bar. In addition to practicing law, Angela has co-authored two articles: “Maryland’s Scarlet Letter: The Child Abuse Registry” with John J. Condliffe, Esquire in 2002 and “Representing the Client with Diminished Capacity” with Dr. Paul C. Berman in 2011.

Angela’s primary focus is family law, covering divorce and separation, child custody, child support, financial issues related to divorce and other family matters. She advocates for the clients she represents, and guides them through the extensive and complex legal process. A divorce can be a very emotional and distressing time, leaving the client to feel as though their family is falling apart, Angela provides level-headed support to get them through it. Angela’s clients have confidence in the knowledge that she fully represents their best interests. 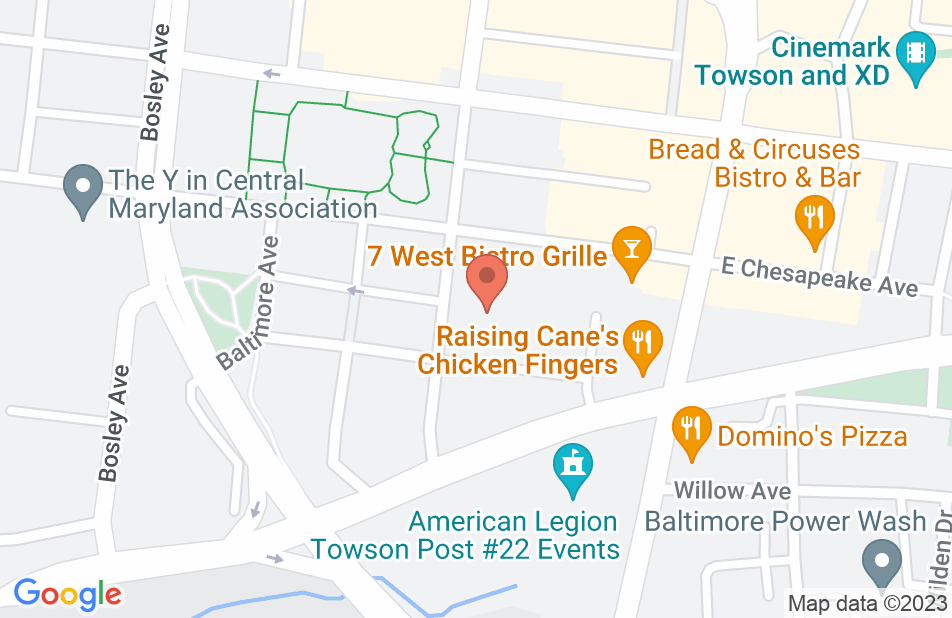 From my personal experience as one of her clients, I can (and do) strongly recommend Angela Silverstein to everyone who ever asks me for a referral to a family law attorney in the Metro-Baltimore area. Her handling of my divorce escorted me through the storm and I am grateful to this day that I had her on my side throughout. I have hired other lawyers before, so I have a good understanding of the importance of having competent legal representation. From a client-perspective, I have learned that merely knowing the law is not enough. I believe that the best attorneys possess certain client-service intangibles that go beyond fulfilling their strict professional responsibility to show up on time and be competent. This is true especially in family law practice where clients are often raw with anger, frustration, powerlessness, and sadness during their most difficult of times. Angela's intangibles while she represented me went far beyond responsiveness and good client-service. She always returned calls and did exactly what she promised she would do. But beyond that, Angela was always willing and able to clearly explain to me not just the applicable law, but also 'where we were at' in the overall process and what possible next steps and outcomes might be. This additional type of information was so very valuable to me because it gave me comfort that someone who understands the playing field was leading me through the game. To be honest, no lawyer can get their clients everything they want or think they deserve. That's just not how litigation, especially divorce works. But during my divorce, the most important "WIN" for me was being represented by someone who during my most painful and confusing time, gave me confidence that my interests were always the most important thing to her as well. When times were tough and I felt like I had no idea what was going on, I needed someone to say "Relax, I got this", and Angela Silverstein always did.

I hired Angela to represent me in a high-conflict divorce case (child custody/access was a major point of contention) after a co-worker told me of his experience with her. Every step of the way, she presented options and probable outcomes of my possible courses of action, replete with instances of case law. She also was able to help me keep a level head and not be overrun by the negative emotions that necessarily accompany such an ordeal. For example, my ex-wife and I went through an "intensive services evaluation", which was incomplete and contained a tremendous amount of prevarications from my former wife; Angela helped me keep the course and understand the actual weight of the content of that document. Overall, the process took four years, but we arrived at a conclusion that resulted in a better living situation for me and my son.

WHAT! Knowledge is tops.

I had been through a few lawyers regarding my case (Domestication of a Foreign Judgement) and non of the other lawyers could get their heads wrapped around it, but within I'd say 15 min. not only was the problem identified but so was the solution. You madam have yourself a new client for sure. Thank you once again.
This review is from a potential client who consulted with this attorney.
Consulted attorney

Words cannot express my gratitude for all that Angela has done for me and my two children! I hired Angela to help me with my extremely messy divorce and custody, involving on-going domestic violence issues and a very non-compliant ex-husband. I was emotional and afraid and Angela accepted and handled my case with great tenacity, wisdom, intellect, and genuine care. Angela stuck by my side as my ex went through several attorneys. She is well spoken, professional, responsive and friendly. Angela gave me the confidence I needed to stand strong in my battle and she never let me down. Angela presented the evidence clearly, and always represented my children's best interest (what mattered most to me). I highly recommend Angela to anyone with complicated divorce and custody issues or needing family law. She is an exceptional attorney!

Called and gave details with Angela’s paralegal as Angela was off on vacation. Returned to her website and left detailed description of my legal needs with all of my contact info. Several weeks hence I have yet to receive a reply. Clearly not a professional and courteous individual. I evidently wasted my time. I have since engaged a responsible attorney.
This review is from a potential client who consulted with this attorney.
Consulted attorney

Angela is a knowledgeable and effective advocate who always exhibits the highest level of professionalism.

Angela is a fierce advocate for her clients, and always finds the best way to get the job done. I endorse this lawyer.