Mr. Meredith was born in Annapolis, Maryland and grew up in Severna Park, Maryland where he graduated from Severna Park High School in 2003.

Mr. Meredith attended University of Baltimore School of Law beginning in the fall of 2007 and graduated in May 2010. While attending University of Baltimore, Mr. Meredith was elected to the law school’s student government 3 times including being elected President of the law school in his third year of law school. He also competed in the Robert Wagner Labor Law Moot Court Competition hosted by New York Law School.

After graduating, Mr. Meredith was honored to serve as a judicial law clerk for the Hon. Joseph F. Murphy, Jr., on the Court of Appeals of Maryland for a one year term.

Following the end of his clerkship, Mr. Meredith joined Iliff, Meredith, Wildberger & Brennan, P.C. in August, 2011 and began practicing law. Since beginning his practice, Mr. Meredith has focused primarily on representing plaintiffs in Medical Malpractice litigation to help clients obtain compensation for injuries resulting from medical negligence.  Mr. Meredith also represents plaintiffs in serious personal injury or wrongful death cases that involve other areas of law, such as automobile or truck accidents or product liability. In addition to his plaintiff’s practice, Mr. Meredith has also served as defense counsel to attorneys in legal malpractice suits.

Mr. Meredith now lives in Severna Park, Maryland with his wife, Jessica, who is a 2nd grade teacher at Folger McKinsey Elementary School in Severna Park, and their daughters, Elizabeth and Margaret. 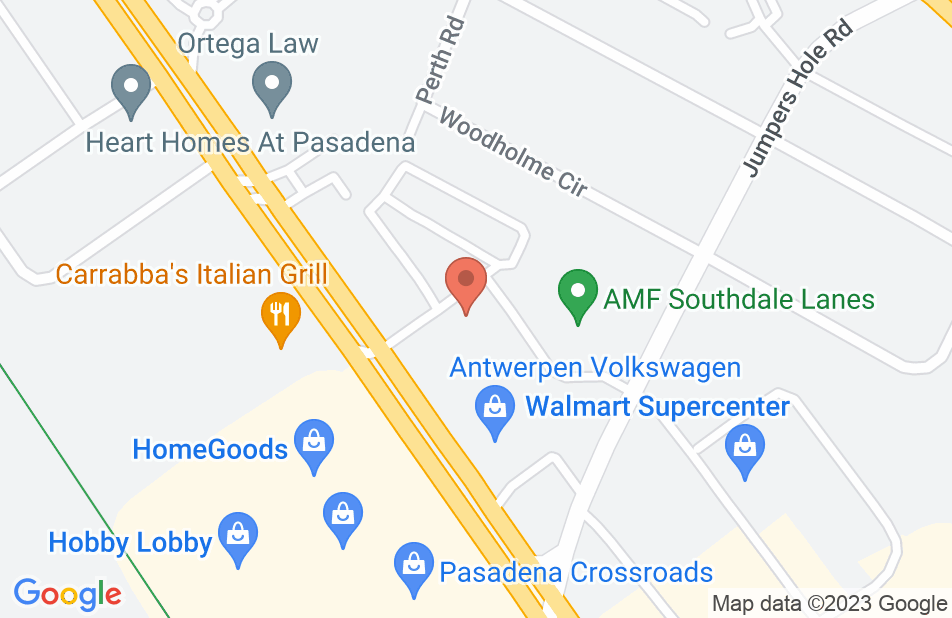 There is no question why Ben and his firm, Iliff, Meredith, Wildberger and Brennan, P.C., were voted the 2014 Best Law Firms by US News and World Report. They are the best! It seems that the misfortunes of life have made me a return client to the firm. Fortunately, there are attorneys like Ben who are there to help their clients make some right out of wrong, and to bring some compassion to a bad situation. Ben was directly involved with my most recent claim. The claim we (my mother and I) brought forth to Ben and his colleagues was to seek justice for the untimely death of my brother while he was working on the job. Ben handled a majority of the interrogatories, discovery responses and other trial preparations. He was very honest and helpful. He guided us through the complexities of the legal system while explaining it in layman's terms. We even got to know Ben and his colleagues at a more personal level. You are reminded that they aren't just working for you, but they are someone's brother or mother. They have spouses and children like we do. Also, Ben was very attentive, and immediately followed up to any questions or concerns we had. He was very accepting and understanding of how proactive I wanted to be in my brother's case. Ben and the other attorneys at Iliff, Meredith, Wildberger and Brennan, PC, make you feel like family.

After I got into a car accident I was not planning on hiring a personal injury lawyer as my injuries were small. But the at fault party's insurance paperwork had several clauses that I felt uncomfortable signing and reached out to Iliff, Meredith, Wildberger & Brennan on the basis of the reviews they had received online. Ben talked me through what I should expect, help me understand the legal language in the paperwork and due to his caseload, referred me to a friend of his whose practice my situation is better suited to. He was generous with his time on the phone with me, even though he determined early on that my situation wasn't suited to his practice. His approach was reasonable (my fears of being pushed to sue for $$$$ were unfounded). And finally I respect a professional who can refer to someone else better suited.
This review is from a potential client who consulted with this attorney.
Consulted attorney
Benjamin Meredith's response: Marlene, thank you for the kind words. It was a pleasure meeting you. I wish you all the best. Ben

Ben was across the board really wonderful to work with on my case. He made sure that I understood the process and the legal language every step of the way, and was always willing to patiently answer any questions I had. I never had any doubts that he was acting in my best interest, and would absolutely recommend him time and time again.
This review is from a person who hired this attorney.
Hired attorney

Ben handled the case for our deceased father in an excellent manner. Despite the complexities of the case, due to my father having passed away prior to pursuing the case for his leg injury, and my mother (who is in her mid-80s) preferring not to testify, he obtained a settlement that was fair and higher than our expectations. He also handled all of this with care and sensitivity to the family's desire to involve my mother minimally since she was already upset and mourning due to my father's passing.
This review is from a person who hired this attorney.
Hired attorney

Mr. Benjamin responded to my contact on a Saturday and continued his help until Sunday the following day. He referred me to his professional colleagues to help me.
This review is from a potential client who consulted with this attorney.
Consulted attorney

Ben is intelligent, courteous, and respectful and and is a very knowledgeable attorney. I would not hesitate to hire him again. He obtained the best possible outcome for me under the law and was always available for consultation.
This review is from a person who hired this attorney.
Hired attorney

I was always treated respectfully and Ben always kept me informed and up to date on all issues. I would definitely hire him again should I need too.
This review is from a person who hired this attorney.
Hired attorney

I've had occasion to consult with Mr. Meredith about a variety of legal issues. Although he has explained that his practice focuses primarily on Medical Malpractice and Personal Injury cases, he's been consistently knowledgeable and helpful with my questions. He has been consistently accessible, trustworthy, and good-natured. Most importantly, he's been helpful. He also provided referrals that I might seek for legal consultation for my particular matters, which I did, and found very helpful. Ben Meredith has my highest recommendation.

I became a client of Ben's in 2012 after the death of my son. From the very beginning upon taking my case Ben was in constant communication, updating me on each step he took. What I found most admirable about Ben was not only his sensitivity, but his honesty and exceptional knowledge of the law. Ben explained and walked me through every detail of my case. His recommentations and advice aided in a successful end to my case.

Ben is an exceptionally astute attorney and highly regarded in the areas of medical malpractice and personal injury. Ben's strong command of the law in these areas allows him to provide excellent legal counsel, while at the same time, being understanding of the sensitives surrounding a medical malpractice matter. I highly recommend Benjamin Meredith.

I endorse this lawyer without reservation. Ben is the consummate professional. He is highly regarded in the legal community and goes the extra mile for his clients. His firm is well known for being the preeminent medical malpractice firm in Maryland. Ben's professionalism and legal ability is what makes him the superior choice.

My colleague and my brother is an excellent attorney. He is smart, hard-working and caring. I highly recommend him.

Ben is an exceptionally astute attorney and highly regarded in the areas of medical malpractice and personal injury. Ben's strong command of the law in these areas allows him to provide excellent legal counsel, while at the same time, being understanding of the sensitives surrounding a medical malpractice matter. I highly recommend Benjamin Meredith.

I've known Ben for many years. He is someone who holds himself to the highest of ethical standards and is truly a zealous advocate for all of his clients. Highly recommend.

I have known Benjamin Meredith since law school and he has proven multiple times his dedication to the legal profession through leadership roles and volunteer experience. Ben has been there to help me with litigation questions and is well known in the medical malpractice field as a zealous advocate for his clients. He consistently puts in the hours for his clients and is up to speed with changes in the industry and medical malpractice field. Furthermore, Ben is very involved with local bar association, continuing legal education, and assisting newly admitted attorneys improve their litigation skills. I fully endorse Benjamin Meredith as a highly skilled attorney and as a knowledgeable resource and mentor for his colleagues.

I endorse this lawyer. Ben has shown nothing but the highest level of professionalism in his work and work product. I feel with Ben reprenting any client, no matter how complex the case may be. He is a proven attorney and would be quick to trust him with any case.

I have had the pleasure to know Ben for most of my life. He is exceptional both in life and in law. Along with being very knowledgeable, Ben will work diligently for each and every client. I highly recommend and endorse this lawyer.

I have known Attorney Meredith for approximately seven years, and I can assuredly say he is both competent and caring in his practice of law. Ben's drive and dedication to his practice would be of benefit to any client seeking to engage his expertise. I highly recommend him to any one seeking an attorney who will give 100% to your case and properly advise you on the matter at hand.

Worked closely with Ben during law school as leaders of the student government and still consult with him on legal matters. I endorse this lawyer without reservation.

Ben is an excellent member of the Maryland legal community. I refer all of my medical malpractice cases to him, because I know that the clients' cases will get the attention they deserve while being represented by a well-regarded lawyer who knows what he's doing.

Ben is a conscientious, helpful attorney with a wealth of knowledge and a great "bedside manner" who I would recommend to any potential client. I am proud to call him a colleague and friend.

I endorse this lawyer without reservation. Ben is the consummate professional. He is highly regarded in the legal community and goes the extra mile for his clients. His firm is well known for being the preeminent medical malpractice firm in Maryland. Ben's professionalism and legal ability is what makes him the superior choice.

I had the pleasure of attending law school with Ben, who was also SBA President our 3rd year. He was an effective advocate for the school and our class at all times. In practice, Ben and I regularly bounce ideas and questions relating to cases off each other. He is an invaluable asset and great friend. I would highly recommend him as an attorney.

Benjamin is a very detail orientated attorney and a terrific public speaker. As a good friend, it has been great watching Benjamin grow into a terrific father and attorney. I highly recommend and endorse Benjamin.