Michael S. Morgenstern's dedication to representing the rights of average citizens hurt by big companies stems from his own small town upbringing. His father, Carl, a Harvard Law School graduate, disliked 'big corporate law,’ opting instead for the 'common touch' by practicing general law in the small town of Hamilton, Ohio. As a boy, Morgenstern worked in his father's law practice after school learning the skills that would later lay the moral and business structure foundation he would need for his successful law practice today.

Graduating from American University Law in 1978, Morgenstern began his legal career clerking for Judge James B. Parsons who was the Chief Judge of the United States Federal District Court in Chicago and also the first African-American federal judge in the history of the United States. After completing the clerkship, Morgenstern joined the 9th largest law firm in the country, Weil, Gotshal & Manges, in its New York City office. Not satisfied working on cases with "nameless faces,” Morgenstern left corporate law to become an instructor at Brooklyn Law School. While at Brooklyn Law, he wrote several treatises and law review articles focusing on the rights of victims and consumers. During this process of research and writing, Morgenstern realized that he missed practicing law; only this time, like his father, he was drawn to helping people with real issues.

In 1988, Morgenstern moved to the Washington, DC area to establish his own practice dedicated solely to representing the injured. Today, with offices in the District of Columbia, Maryland, and Virginia, Morgenstern Injury Lawyers consists of attorneys who follow Michael's approach to meticulous attentive client service.

“We accept a smaller number of cases per year than most other personal injury law firms so that all of our clients get the attention I would expect if I had been injured. My job is not simply the practice of law,” says Morgenstern. "My job is to help put my clients and their families' lives back together after something bad has happened. My clients have already been injured once; my responsibility is to take steps to insure no further harm is done.”

Morgenstern's impressive record of verdicts and settlements proves that his approach works. Among these was a landmark $59.7 million verdict against Toyota Motor Corporation and a $3.35 million settlement with Metrobus.

The combination of solid legal know-how and the moral commitment to help all citizens has earned Michael S. Morgenstern an "A-V Preeminant" rating for 30 years - the highest rating for both legal ability and ethical standards - from Martindale-Hubbell. He is also repeatedly named a "Top Lawyer" by Washingtonian Magazine and elected to Maryland and DC SuperLawyers. 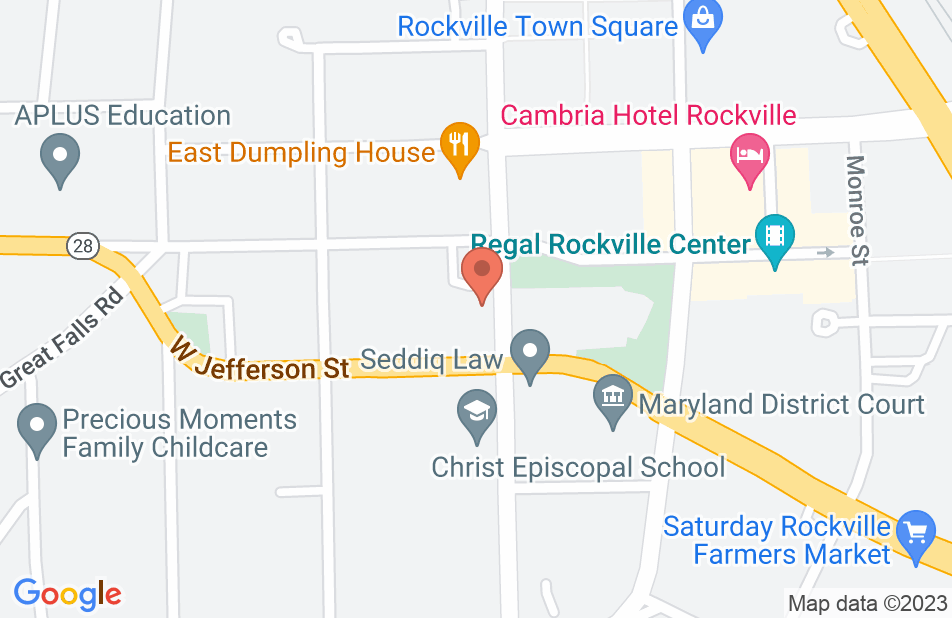 The best lawyer around

A few years ago, I was involved in a deadly car and bus collision. I had been a passenger on the bus, and the incident was absolutely terrifying. Obviously I survived, but the crash caused serious injuries to my back, legs, ribs and clavicle. For days on end, I laid on the bed of a rehabilitation center barely able move my body; I was physically and emotionally broken. Most of the several attorneys interviewed were impersonal, unprepared, and truly made me feel like everything was a lost cause. Then I came to find a miracle worker, the man who heard my voice and won my case, Michael Morgenstern.

I could not be more pleased with the services provided by Michael Morgenstern! The positive outcome of my case was due solely to his diligence and expertise. Michael was clear in explaining at the outset the difficulties of my case. I was kept informed of progress on a regular basis, often receiving answers to questions before I even asked them. Michael was both extremely professional and appropriately supportive and friendly. He seemed genuinely interested in my recovery from injuries. I highly recommend Michael Morgenstern to anyone in need of a talented and caring attorney.
This review is from a person who hired this attorney.
Hired attorney

Michael Morgenstern: An Attorney with Integrity and Compassion

March 2014, I was hit by a D.C. Circulator bus walking in the cross walk with ample seconds to cross. Hit on my left side, I suffered multiple fractures of my left wrist and extensive bruising on my left side as well. A visitor to D.C., I returned to Chicago and one week later, Dr. Daniel Mass at the University of Chicago operated on my wrist. When the intense pain from the surgery dissipated, I went online to look for top personal injury lawyers in the D.C. area. Voted by Washingtonian Magazine as one of the best personal Injury attorneys in the city, I knew I had made the right choice after our first conversation. KInd and patient, he listened and responded in detail assuring me that my injuries were serious and deserving of compensation. Michael was thorough, extremely polite and genuinely concerned. Never too busy to answer my many questions, Michael was meticulous and accommodating. I cannot praise him enough. Not only was I compensated for my injuries, but I was treated with the utmost respect. I highly recommend Michael Morgenstern to anyone with a serious injury. Lorie Cohen Rowley
This review is from a person who hired this attorney.
Hired attorney

Michael is the best!

A few years ago, I was involved in a serious car accident. My knee and hand were broken and I had to undergo surgery. As I was laying on the hospital bed, with both my body and mind broken, I didn’t know what to do. Then a friend gave Michael’s phone number to me and I called. That was one of the best decisions I ever made. Michael was very patient, prompt and very experienced, and he handled the case very well. He not only helped me settle the case, but more importantly he truly cares about my injury and made sure I had the best recovery I could get. I highly recommend Michael to anyone in similar situation and needs professional assistance.
This review is from a person who hired this attorney.
Hired attorney

A few years ago, I was the victim of a hit and run accident in Silver Spring, MD. The driver fled the scene after hitting my left leg, under the influence of opiates prescribed for his mental illness. I was left terrified and alone with an ACL tear. Luckily, I was able to memorize the driver’s license plate. Upon consultation with Mr. Morgenstern, all was well and I was told everything was rather clear cut and could be easily handled. When I met without Mr. Morgenstern in person as an African-American woman, I was suddenly met with apathy. Mr. Morgenstern stepped away from litigation of my case and gave the job to one of his partners. The man was so rude and condescending I honestly forgot his name. He looked at me with disgust during my deposition, looked at me with astonishment when I told him I was a college student on an honors scholarship, and repeatedly told me to fix my posture and general appearance during court. Without my knowledge, Morgenstern and his partner worked directly with the defendant’s lawyers to come up with a mutual process to effectively dismiss the case. I watched before my trial as Morgenstern paid more attention and care to the lawyer he was supposed to be defending me against. It was demoralizing and wholly unacceptable. During deposition the driver who hit me stated on record that he had even been in a vehicular incident similar, killing a deer. He also stated how the medicine for his bipolar disorder was recently changed. The facts lined up so clear cut in this case a circus clown who failed the BAR could have won it. There were obviously much more sinister hands at play. At the end of my case, I walked away with nothing, the driver (who was guilty of a hit and run) walked away without fault, and his insurance did not cover all of my medical bills. Mr. Morgenstern’s partner told me with a smile that I would not be able to purchase a home well into my 30s because of it. Five years later, at the age of 26, I bought a home with excellent credit and am happily married to a lawyer who’s family has been delegates and politicians in this state for generations. This experience taught me that some lawyers only care about themselves and do absolutely NOTHING to service their communities. This experience also taught me to stick to diverse litigation in all of my legal matters. If your lawyer does not understand or empathize with you as a person, they will NOT work their hardest to win your case. If you are a minority, I urge you to not waste your time or precious energy by being devalued by this law firm.
This review is from a person who hired this attorney.
Hired attorney

Michael is an exceptional litigation attorney who is dedicated to client success.

Michael Morgenstern is an outstanding lawyer with a powerful record of litigation achievement. I strongly endorse.