Practicing law longer than you've been alive. You name it, I've done it.

“A prosecutor briefly during the 1960s, he has become one of the most sought-after criminal defense lawyers in the Washington area. His trial appearances attracts large crowds of lawyers and casual observers.” -- The Washington Post.

Barry "the Great" Helfand has made a career out of representing the “famous and infamous.” His victories include exonerations from murder charges, and million dollar civil awards. However, he also can be found in a Maryland or Federal courtroom just about every day of the week representing good people from all walks of life who have found themselves in difficult circumstances. Although licensed in Maryland, the Federal Courts, the Supreme Court and the District of Columbia, Barry Helfand’s skills in the art of trial advocacy and cross-examination often make him a valued attorney in many other jurisdictions across the country.

“Throughout my 40 years of trying thousands of cases, I have found that the unspoken request of any client is to ‘Win, Barry, just win.’ That is where I start when I begin evaluating a new client’s situation. I am not particularly interested how similar cases have been handled the past or ‘the way things have always been done around here.’ Every new case requires a fresh look at the law, how the case was first initiated, why the case is being prosecuted, and the undeniable human tendency of many witnesses who stand against my clients to lie, embellish, and shade the truth to the prosecution’s advantage.”

Barry Helfand has been rated as one of the Top 100 Trial Attorneys in Maryland by the American Trial Lawyers Association in 2010, 2011, 2012, and 2013. The Washingtonian Magazine named him as one of Washington’s Best Legal Minds for criminal defense in 2013. Also in 2013, the AV Preeminent organization gave Mr. Helfand the highest possible rating in both legal ability and ethical standards. Mr. Helfand also is a professor of trial advocacy at American University’s Washington College of Law in the District of Columbia.

“Some people may think that because some of my client’s cases have been profiled on the Discovery Channel or in national newspapers, that his or her case may be too small for my consideration. In fact, I may get the most satisfaction helping the everyday man, woman or young person who finds themselves the target a criminal prosecution, or who has been terribly harmed by someone else’s carelessness. The traffic ticket that threatens a working mother’s ability to keep her driver’s license is no less important that the felony embezzlement charge lodged against a corporate executive.”

“I know when a person gets arrested, there is an overwhelming feeling that the entire world is against him or her. No part of the initial arrest, processing, and filing of charges is designed to make the defendant feel more comfortable. It is usually not until the client hears my voice in a courtroom that he or she begins to feel like the playing field has been leveled.”

I encourage anyone who has a problem that needs solving -- whether it be a personal injury, criminal charged, DUI arrest, or some other dispute -- to call my assistant, Kristin King, and arrange a meeting with me to discuss the matter. 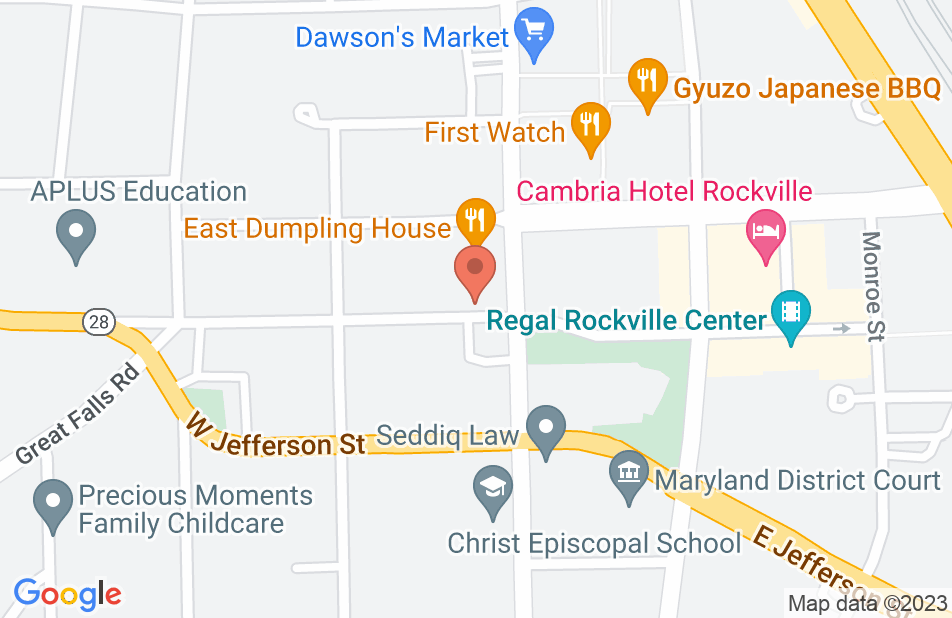 Barry Helfand is the single greatest lawyer that I've ever heard of, let alone had on my team. As a repeat offender I was sure that I was going to have "the book thrown at me". The day of my trial I was extremely nervous but Barry kept me confident. I'm still unsure of what sort of legal wizardry he preformed but five minutes after his arrival into the court room he had my case verdict: Nolle prosequi. I never would have dreamt this to be possible for a third DUI charge. I will absolutely recommend Barry Helfand to anyone in a tough spot legally. thanks again Barry!
This review is from a person who hired this attorney.
Hired attorney

I was facing sexual assault allegations Mr Helfand listened in intently and handled the situation . he knows the law like the back of his hand and I would recommend him to anyone when you get you into with the law
This review is from a person who hired this attorney.
Hired attorney

Mr. Helfand has been always been there for me. For many years I had troubles with addiction and it led to court cases. He always stayed by my side and made sure I had the best possible outcome. Hands down the best lawyer around.
This review is from a person who hired this attorney.
Hired attorney

Barry H. Is the MAN!

Barry Helfand is a really smart individual . He came highly recommended from a couple of people who have used him before and was worth every penny . He manage to get my case annulled with just a few words /details , but it was the WAY he said them that really sealed the deal . He was actually able to make a stressful situation kind of fun . He’s got a top-notch team working with him , Melanie is an A+ assistant and all the David‘s are top-notch attorneys as well ! Thank you Barry and team for all your help!
This review is from a person who hired this attorney.
Hired attorney

Excelent Attorney! The best in the area!

I cannot thank Mr. Helfand enough. I still remember his appearance at court, just magnificent!. He was able to reduce my sentence, which was mandatory jail time to just a PBJ, even under a strict judge's eyes. It has been 3 years since that incident, and I am still thankful that I made the right determination in hiring Mr. Helfand as an attorney. Ms. Kristin is the most dynamic supporting staff that I have ever seen. She is on top of everything. 10/10 would recommend.
This review is from a person who hired this attorney.
Hired attorney

Barry is the best lawyer in Montgomery county hands down. I was facing three aggravated animal cruelty charges felonies and three animal cruelty charges misdemeanors with a maximum sentence of 9 years in prison. Barry listened to my case and helped me prepare a defense that was presented to the district attorney. Weeks before my scheduled trial date Barry was able to get my case steted which will eventually be expunged. He saved my career and my freedom. I am able to now continue my life with a clean record. Not sure how or what magic wand Barry bought but he definitely used it here. Its finally over, thanks Barry! O and by the way, he also helped me get a trespassing charged dropped with in 25 minutes of entering the court house. (Long story at the casino)
This review is from a person who hired this attorney.
Hired attorney

Mr Helfand has been my attorney for 3 cases thus far. All three were major cases! Felonies and misdemeanors. The first case I had i met another attorney whom told me to take a plea deal. When i met mr helfand he told my family and I not to worry and the case was dismissed. The last case was a few weeks ago and mr helfand was superb during trial. He is so smart and confident! His staff is great especially Kristin and mr martella is always there to help as well. They are like family and treat me like family. Thank you for saving me time and time again! 3 for 3!! All expunged!
This review is from a person who hired this attorney.
Hired attorney

Barry gave me straight forward expectations from day one , then exceeded them. He had Pros. witnesses contradicting each other throughout I am very blessed that I found this man to handle my case.
This review is from a person who hired this attorney.
Hired attorney

Best lawyer in the united states

He got me out on a fugutive wArrrant that never happens i had a hold and a bond in the state of kentucky he got me out yes got me out if you got the money pay this guy! There not a day that goes bye i dont think about what you did im sure you want to smack me in the face lol because i still have no learned my lesson for some reason money seems to allways get me free but barry is the best
This review is from a person who hired this attorney.
Hired attorney

Well you need not look up the meaning; briefly, a person or model of excellence and perfection that should be followed by others. And that is what Barry is. He is just that. He has practiced LAW for over 50 years with the excellence and dignity and at times humor that makes him the most sought after attorney and the most respected by his peers, the court and police officials. Thanks Barry, for your wonderful representation of my wife for her DWI/DUI in her hour of need.
This review is from a person who hired this attorney.
Hired attorney
See all reviews

Mr. Helfand is the reason I became a criminal defense attorney. He is, quite frankly, a Legend.

Mr. Helfand is a Legend. I endorse Barry Helfand without hesitation

I strongly endorse this lawyer. I have known Mr. Helfand for many years . We have worked together on cases and represented conflicting parties. I have watched Mr. Helfand in trial and in negotiations. He is remarkable. Mr. Helfand is extremely knowledgable in the law, and even more knowledgable in the ways to deal with people. He is truly a star in the Maryland legal community. Any person chosing Barry Helfand as his or her lawyer is making a great choice.

Mr. Helfand is a true legend and icon of the legal profession. He is masterful, creative and caring. He carries great weight with and has earned the respect of the Judiciary. In fact, on numerous occasions, he has represented Judges and fellow lawyers who became involved in legal matters. That speaks volumes about this man's ability... I endorse this lawyer without hesitation or reservation.

I endorse Barry Helfand. The need for lawyers to stand up against abuse is greater today then ever before!