He gets results for his clients. CALL NOW if injured in an accident or charged with a crime or DUI.

He has also completed a comprehensive training course in mediation training and earned a mediation certificate. In 2014, he was named to Maryland's Outstanding Young Lawyers, and he was recognized as a Top 40 Under 40 by the National Trial Lawyers in 2012 through 2014. In 2013, the National Academy of Personal Injury Attorneys (NAOPIA) honored Mr. Farmer as a Nationally Ranked Top 10 Personal Injury Attorney under the age of 40. He was selected to the 2014 and 2015 “Maryland Rising Stars” list by Super Lawyers Magazine, which comes as a result of an intensive selection process requiring third-party validation of accomplishments and trail results.

He has also headlined “Southern Maryland Women's Magazine.” The Charles County Bar Association honored Mr. Farmer in December 2013 with an award for his service to the legal community, recognizing his “Exemplification of the Values of Personal Integrity, Competence and Civility.” The award was based on his legal work and specifically his pro-bono volunteer work with multiple organizations, to include the Family Recovery Court Program. 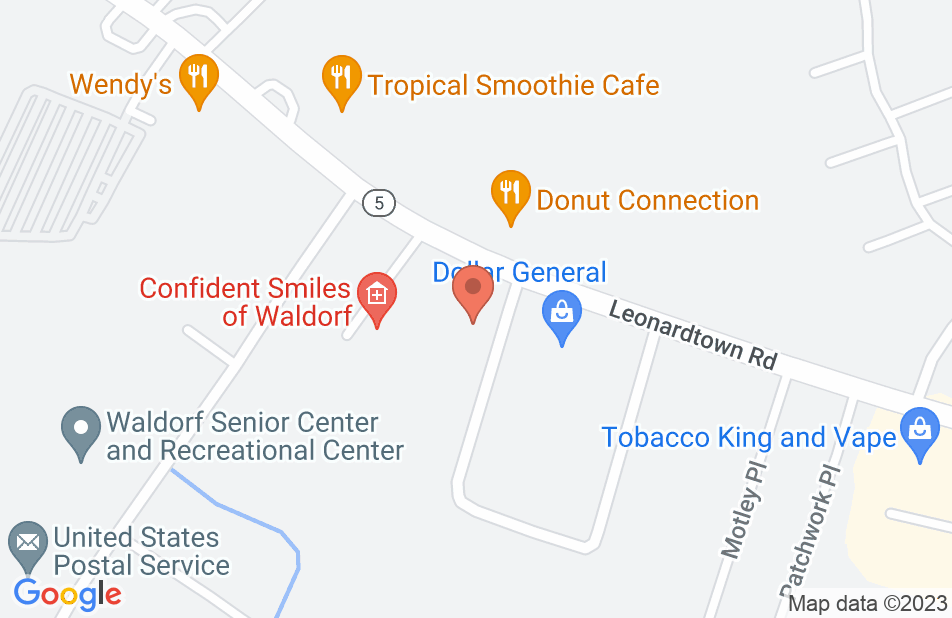 After being in a car accident I was referred to James E. Farmer to represent me in my case. He was there for me every step of the way and made me feel confident that we would receive the best possible outcome. I was more than happy with the support provided from Mr. Farmer and his entire staff throughout the tedious process of dealing with automobile insurance companies. James was always available for me to ask questions and receive feedback anytime I needed, and felt that he gave me 100% of his efforts. It was wonderful to feel so guided and supported in this experience. Absolutely give James Farmer a call for any type of law support needed!

got me best possible outcome I couldve wished for.

The judge I had couldve really layed down the hammer on me but James worked his magic and did a incredible job. He knows what he is talking about and is very humble he keeps in touch with you throughtout the whole process and even after your case is over with and he explains everything so you know exactly what is going on this is my first time hiring james and without a doubt I would hire him again He would be the first person Id call if another legal problem should ever rise tho I've made a Promise to my self to stay away from the law as much as possible He will be highly Recommended to anyone that ask me If I know a great lawyer.

I was referred by my 2 bothers that got in trouble in Charles Co. multiple of times. When my daughter got in TROUBLE I remember my brothers got in the same trouble as my daughter. I called them up and ask them who was your lawyer because I need that same lawyer that got you guys off the hook for my daughter. They gave me Mr. James E. Farmer number and I call him up and schedule appointment and they gave me to Mr. Patrick Troxler I did not know anything about their office. I was soooooo scared when I went in with my daughter. Mr. Troxler saw that we both were scared. Mr. Troxler ensure us that EVERYTHING is going to be fine. Guess what it was Fine. Mr. Troxler is was knowledgeable and very professional in what he do in the court room. I would definitely command Mr. Troxler name and number to anyone that needs a lawyer. Mr. Farmer I know you are VERY PROUD of Mr. Troxler. He is BEST OF ALL BEST'S!!!!!!!!!!!!!!!!!
This review is from a person who hired this attorney.
Hired attorney

I had no prior arrests and James was able to get my possession case dropped. I would recommend him to anyone--great communicator, very professional, and seems very dedicated to his work.
This review is from a person who hired this attorney.
Hired attorney

I was referred by a family member. My family member hired him to handle several legal issues. The Law firm is very warm (important to me). When you arrive it feels as if you're sitting in your living room; it calms your nerves. Attorney Farmer's firm has the highest level of integrity. I never felt alone in my process. Highly recommend.
This review is from a person who hired this attorney.
Hired attorney

James Farmer and his team exceeded all expectations! I had a very serious criminal case and his firm was recommended to me by a family member. I was incarcerated during this time and he and his associate Stephanie came to update me on multiple occasions on the progress of my case. They were not only professional but the amount of time and energy they put into my case showed me true dedication that goes far beyond a paycheck! They prepared for trial, but in the end was able to work out a plea deal that did not include any jail time. I couldn’t have asked for a better attorney. I highly recommend Mr. Farmer and his team for any criminal case!
This review is from a person who hired this attorney.
Hired attorney

We found Mr. Farmer through an internet search. After meeting with him we were impressed with his intent, intelligence and professionalism. We hired him and were represented by him and one of his associates. I am very happy with the outcome that he got us.
This review is from a person who hired this attorney.
Hired attorney

Mr. Farmer and staff are awesome!!!!

I couldn’t be happier with the service I received from this law firm. I felt comfortable from the minute I first walked through the door. I had less than two weeks before the expiration of my personal injury filing date and was overwhelmed. My first appointment was with Elizabeth who took my huge stack of papers with a smile and said “Let me take care of this for you.” Although all of the staff that I encountered were wonderful, my main experience was with Mr. Farmer and Elizabeth who were both kind, sympathetic, reassuring and more importantly, very knowledgeable. My case was handled professionally and in a timely fashion. My case was recently concluded and I am very happy with the outcome and would not hesitate to use them again or recommend them to my friends and family in the future. Need a good law firm, no need to look further.
This review is from a person who hired this attorney.
Hired attorney

Mr. Farmer and his team were impressive through their work effort and detailed approach in every phase the Civil Court Personal Injury case. They also were responsive to any questions/concerns, supportive and communicated well through out the process. In the end, a satisfactory settlement was achieved. Mr. Farmer would be a wise choice for anyone pursuing legal justice and/or a defense.
This review is from a person who hired this attorney.
Hired attorney

AMAZING. I initially spoke with Mr.Farmer in regards to my case and he was nothing but amazing. Very kind, very knowledgeable. I contacted them last minute, and Mr. Farmer was busy and I got the chance to be represented by his associate, Stephanie Maddox. Ms. Maddox knows her job and what it takes to receive a good outcome. She was strong, aggressive, and super kind. It was like conversing with someone I’ve known forever. Very luckily, my officer did not show up and my charges of speeding and aggressive driving were completely DISMISSED. I trust this law firm entirely and would recommend them to whom ever. Thanks again!
This review is from a person who hired this attorney.
Hired attorney
See all reviews

I know James well and can personally attest to his greatness as a man and attorney. he is diligent and determined in always pursuing the best possible outcome for clients. he is a talented litigator that welcomes the toughest cases with aplomb. born into the profession, he fears no one in court and yet always exudes professionalism. i would heartily trust him to handle any case with poise and precision. you cannot go wrong with him in your corner.

I endorse this lawyer. I have handled cases against Mr. Farmer and he is an aggressive lawyer that knows when to attack and when to negotiate a favorable outcome for his clients.

I endorse this lawyer. James and I have worked as opposing counsel on several cases and I find him to be competent and cooperative. While aggressively representing his clients, he is also easy to work with.

James Farmer is an excellent young attorney in Southern Maryland in the fields of criminal defense and personal injury. He is professional, knowledgeable and has significant trial experience. He has a passion for serving clients and works for a highly respected practice in Waldorf.

Andrew Diblasio, Divorce and separation Attorney on May 23, 2013
Relationship: Fellow lawyer in community

Mr. Farmer is a top-notch attorney. He fights agressively to obtain the absolute best result possible for each and every one of his clients. Mr. Farmer's exhibits superb presence and experience in the courtroom. He is definitely an attorney I would want on my side.