Attorney Gabriel Levin is known as a tenacious fighter who protects his client's interests as though they were his own; he has tried hundreds of cases and handled all types of injury and accident related cases.  Mr. Levin prides himself on preparing every case for trial. He works under the belief that the defendant will not settle and the case will be decided by the jury. Clients know that Gabriel Levin is a very responsive attorney, keeps client fully informed, and always gets back to them in a timely manner.  Contact Mr. Levin today if you or a loved one has been injured and in need of representation. 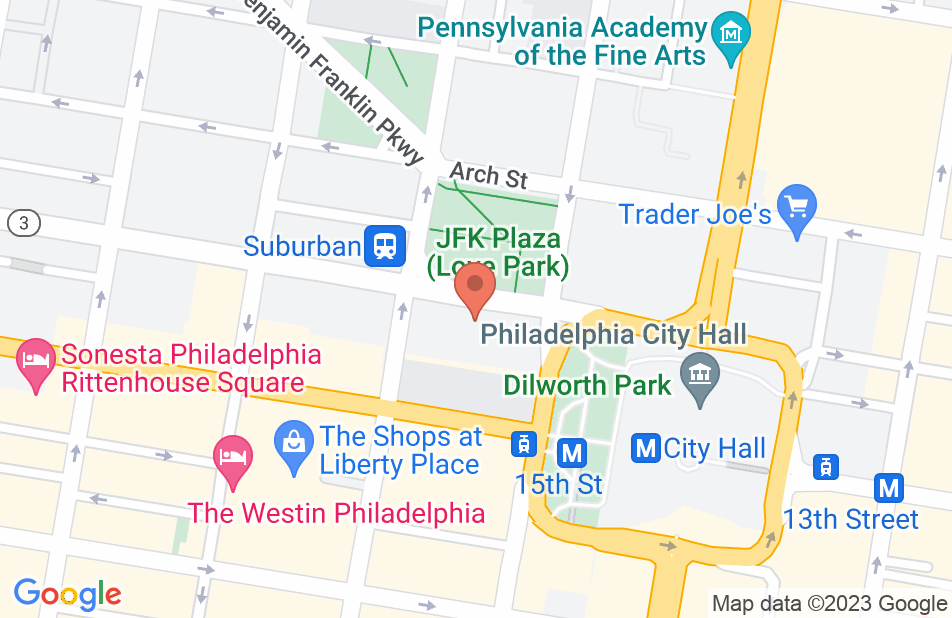 Gabriel Levin handled my case with expert precision. He was always available and responded to my questions quickly and accurately. He provided the advice I needed to make decisions on my case based on knowledge and strategy. I can confidently state that the excellent result in my case was due to the work, knowledge and expertise of Gabriel Levin. I dont know any other lawyer who would have achieved the same result.
This review is from a person who hired this attorney.
Hired attorney

I sustained injuries in a car accident in 2016 that required surgery and extensive rehabilitation. I knew I needed a lawyer, but had never used one before and had no idea where to turn. Gabriel was extremely helpful and answered all my questions. He was always available and promptly answered my emails and calls. He dealt with the insurance companies 100%, so I didn't need to worry about anything. He assured me I had a good case and that he would do everything possible to get me the settlement I deserved for my injuries. Most importantly, he followed through. He went to bat for me and got the best settlement possible. I would highly recommend him to anyone dealing with an injury from an accident.
This review is from a person who hired this attorney.
Hired attorney

I would highly recommend Attorney Levin. I needed immediate help and action to be taken, and he allowed a free consultation, after which he felt secure and ready to tackle the case on the spot. They moved as swiftly as possible, they were communicative and responsive to my questions for sure. He showed compassion and eagerness to restore justice. When it came time for my deposition, he prepared me very thoroughly, and definitely helped me feel at ease going into a stressful environment across from a much colder defense team. I felt taken care of, as he presented me with all the options and scenarios that could possibly play out in terms of securing the highest settlement, and negotiated well to get a very fair number for the case. He was very prompt and ready to do whatever it took to win the case. I would return to him in the future.

Great result on my fall case

Helped with my car accident

I was injured in a car accident and needed help. Gabriel Levin handled my case from beginning to end and got me recovery quickly. He was always available to talk on the phone and returned all the messages I left for him. I would highly recommend this Philadelphia car accident attorney.

I was very happy

I was scared when I was arrested for a DUI. Mr. Levin told me not to worry and took great care of me. He returned all my calls and handled my case very well. I would highly recommend him to anyone.

I am a mother who was scared because my son was arrested for dealing drugs. The first lawyer I went to told me to take a deal and my son would get two years in jail. Mr. Levin won a motion and the case was dismissed. I would highly recommend him to anyone who has been arrested.

Gabriel Levin saved my life. I was going to jail for years and he got me off. GET THIS LAWYER!!!!

I was found not guilty of all charges after my jury trial. A great criminal lawyer.

I endorse this lawyer because of the result he got my client in a car accident case. It is hard to avoid hyperbole when describing Mr. Levin's ability to pursue justice for clients. His vision and commitment combine to ensure positive results, which is especially impressive because the system is designed to prevent such outcomes. Anytime an individual needs an advocate in Pennsylvania or Southern Jersey, I will send them directly to Mr. Levin and I highly recommend you do the same.

Gabriel Levin is a dedicated, ethical and persistent attorney who seeks justice for his clients. The diversity of his experience speaks to his desire to help people in all walks of life and in a broad range difficult situations. I endorse him with the highest approval.

Gabe is an aggressive and tenacious lawyer. He has outstanding courtroom ability and achieves fantastic results for his clients. I highly recommend Gabe.

Mr. Levin provides a lot of good content in his Avvo responses and elsewhere. I would recommend him to anyone in need of a personal injury attorney in the greater Philadelphia area.

I have had the unique opportunity to be both an adversary of Mr. Levin's and co-counsel. When I was a former prosecutor and he a former Assistant Defender, we often did battle in court. I always had tremendous respect for his trial prepartion and presentation. Years later, we sat at the same table and defended criminal co-defendants. I learned a ton from Gabe during that trial. Now, he's expanded his trial practice beyond criminal defense and just as aggressively represents those injured in accidents or victims of police brutality. Gabe is an intelligent, personable, well-prepared trial attorney who fights for his clients. If you've been wronged, he will be in your corner.

Mr. Levin is an intelligent lawyer with a grasp on the law that is lacking in the profession. I endorse him.

Gabe was my trial team partner in law scholol when we won the National Championship. There is no one that performs in the courtroom as well as Gabe. His ability to persuade and connect with a jury is second to none. I have referred many friends and family to Gabe!

Gabriel Levin, is as talented a criminal defense attorney as he is handsome. Gabriel Levin, is dedicated, experienced and well respected in Philadelphia County, Pennsylvania as well as the surrounding counties. I endorse this lawyer.

I endorse this lawyer. Gabriel Levin is one of the best lawyers in Philadelphia. His knowledge of criminal law and DUI law is very impressive and I highly recommend him to any perspective clients who are arrested in Philadelphia for criminal and DUI charges.

Gabe is the first attorney I recommend to anyone that needs a criminal defense attorney. I have known him since law school, and his skills as an advocate were obvious even then. His results and track record, both as a public defender and as a private practitioner, are excellent. He also does an outstanding job of handling personal injury matters in a variety of cases. I cannot say enough good things about Gabe, as a person, friend, and fellow attorney.

I endorse this lawyer because of the result he got my client in a car accident case. It is hard to avoid hyperbole when describing Mr. Levin's ability to pursue justice for clients. His vision and commitment combine to ensure positive results, which is especially impressive because the system is designed to prevent such outcomes. Anytime an individual needs an advocate in Pennsylvania or Southern Jersey, I will send them directly to Mr. Levin and I highly recommend you do the same.

Mr. Levin is a terrific lawyer. In particular, his work championing civil rights in police brutality and discrimination cases has been tremendous and commendable.

I've known Gabe Levin for a decade. He's one of the finest lawyers and finest persons I've met. I have watched him destroy prosecution cases in the courtroom even as he charms the jury. When I know someone who is arrested in Southeastern Pennsylvania or New Jersey, I send them to Gabe.

Gabriel Levin is a dedicated, ethical and persistent attorney who seeks justice for his clients. The diversity of his experience speaks to his desire to help people in all walks of life and in a broad range difficult situations. I endorse him with the highest approval.

I endorse this lawyer. Gabriel Levin is one of the best. If you work with Gabriel you can expect an attorney with outstanding courtroom presence who will handle your situation professionally and represent you well. I have referred matters to Gabriel in the past and would recommend him to anyone seeking a reliable knowledgeable and experienced legal counsel.

I endorse this attorney. Gabriel Levin is a knowledgeable, enthusiastic, and dedicated personal injury lawyer.

I endorse Gabriel. He is a hard hitting defense lawyer and an excellent trial attorney.