BIOGRAPHY:  Mr.  Brennan was raised in the coal region working in his family’s well known mom and pop restaurant. He began his legal career in the Lehigh Valley as a Bethlehem and Northampton County Solicitor. He now lives in and is a council person in Doylestown.

Mr. Brennan graduated from Ursinus College in 2000, where he received his Bachelor of Arts with a double major in English and Politics and a double minor in International Relations and American Studies. During this period he completed separate United States Congressional Internships with Congressmen Joe Hoeffel and Congressman Tim Holden.

Mr. Brennan has been published in the fields of equine law and redistricting law, has argued several times before Commonwealth Court and has lectured on various topics at the Dickinson School of Law and for the Pennsylvania Bar Association. He has appeared on numerous local and national television and radio shows.

Mr. Brennan volunteers for or has founded a number of charitable, legal, political, religious and community organizations and is an Adjunct Professor for Northampton Community College. He is a member of the Pennsylvania and New Jersey Bars. 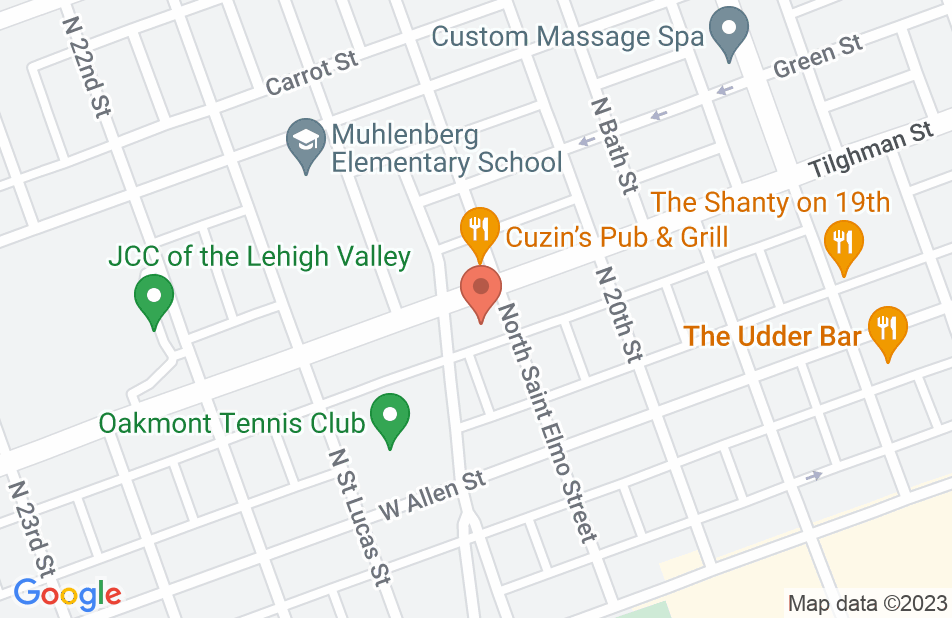 One of the Best!

Tim Brennan is a great attorney! If you want an attorney that cares about his clients, give him a call. I wasn’t the greatest client, yet he was patient with me, empathetic and fought hard for me. He responds quickly and never leaves a question unanswered. He will go the extra mile for his clients to ensure that they are making the best/right decisions for the present as well as the future. He definitely takes his job seriously. Helped me tremendously. Thanks Tim!
This review is from a person who hired this attorney.
Hired attorney

I highly recommend Mr. Brennan. He went far above and beyond my expectations to provide the best legal consultation and service that I have ever received. He will always be my first call!
This review is from a person who hired this attorney.
Hired attorney

Had a workman's compensation case. Was not sure how to even pick a lawyer as I had never needed representation before. Actually decided on Attorney Brennan because of his discounts that he offers to Emergency Responders, and I am very glad I did. Attorney Brennan was extremely knowledgeable, down to earth, but very professional. Since it was the first time I had been involved in a legal proceeding, I had a lot of questions and he was always quick to return calls and emails with answers to walk me through the whole thing. You will I have already recommended Attorney Brennan to a friend and will continue to do so to anyone I know that needs an attorney.
This review is from a person who hired this attorney.
Hired attorney

One of the good guys

Tim was helpful and knowledgable in all areas of my comp case. I had zero understanding of how this works and he was able to accurately predict the outcome. I would not hesitate to do business with Brennan Law again.
This review is from a person who hired this attorney.
Hired attorney

For my first time seeking legal council, I could not be happier. I received a call the second business day, received good advice and information to get me on my way. Knowledgeable, courteous and informative. I look forward to working further with Timothy in the future and I strongly recommend him
This review is from a potential client who consulted with this attorney.
Consulted attorney

Timothy is a very caring and compassionate lawyer. I had the pleasure of speaking with him in regards to a law suit for my restaurant. He took time out of his vacation to speak with me on my case. Thank you again Timothy for all your help!

Got resolution to my questions right away

Very nice!! He answered all my questions and gave me honest opinions to come up with a solution to my problem. Very knowledgeable!

Attorney Brennan provides loyal and hardworking support to his clients in a variety of fields like workers compensation, election law, and personal injury to name a few. In my time working with Tim, he has proven to show care, compassion and dedication to each person's individual needs.

I called Mr. Brennan with a Workman's comp issue. He returned my call within an hour and won my cause for me. He was very easy to get a hold of and caring. Great job!

I cannot say enough good things about the work Tim did for me. He was highly responsible and incredibly helpful in my traffic ticket. He knew the judge, knew exactly what to say to the police officer in my case and helped me get a reduced fine. Tim did a great job. Hire him!!
See all reviews

Super intelligent and highly personable. I really like Tim as a person and as a lawyer (a rare combination!). I rely upon him for advice and guidance and send him clients because I trust him and know he will do a great job.

I have known Tim for over 10 years. He is an intelligent and skilled lawyer, a relentless advocate, and perhaps most importantly, a great person and dear friend.

Tim is a skilled attorney who cares about his clients and the law.

I endorse this lawyer. He enjoys a great reputation in the field.

I endorse Timothy. Highly respected in the legal community. A skilled lawyer with a strong reputation for client advocacy and dedication.

I endorse this lawyer. Mr. Brennan is a skilled and respected member of the legal community. He is a zealous advocate for the rights and interests of his clients

Timothy is a quality attorney who is know for his willingness to do what is necessary to achieve the best possible outcome for his clients. I endorse this lawyer.

From reading Mr. Brennan's comments and answers on Avvo, it is clear that he is a knowledgeable and analytic attorney. If you are in eastern PA and in need of an attorney, you can't go wrong with Attorney Brennan.

It has been a joy to watch my former law student Tim Brennan develop into one of the smoothest and most tenacious litigators in the Lehigh Valley. He civic-minded activities exemplify the finest traditions of the Bar, and I know that I can refer prospective clients to him with complete confidence in his skill and professionalism.

I unhesitatingly recommend Tim to people when they are looking for a lawyer because I know that he'll always do an excellent job for them.

I endorse this lawyer. Tim is a passionate attorney who is extremely diligent in his representation of his clients. He works hard to obtain effective and positive results, and his service to his clientele is commendable.

Super intelligent and highly personable. I really like Tim as a person and as a lawyer (a rare combination!). I rely upon him for advice and guidance and send him clients because I trust him and know he will do a great job.

Tim Brennan truly represents his client's cause with unyielding zeal and has the smarts and "people skills" to break through any "red tape" to accomplish the objective.