Neal Goldstein has been practicing law for over 19 years. He began his education at CUNY Queens College and went on to receiving his law degree from New York Law School. While in school he worked as a law clerk at various law offices gaining experience in criminal, appellate and personal injury law. After graduating from Law School, Neal worked for a well known medical malpractice firm in New York City. In 1991, he began as an associate at Edelman & Weinberg. He quickly became a partner with firm.

Neal has had extensive experience in the area of Personal Injury law. At Goldstein and Bashner he managed the firm's caseload and has been involved in the resoultion of millions of dollars for his clients. He has resolved matters involving significant injuries some of which were covered in the media. He has had extensive experience representing Long Island Railroad, Amtrak and Metro North employees in their claims against the railroad. Over the last twenty years Neal has expanded the firm's clientele so that the firm now represents injured parties all over New York and is co-counsel in numerous claims in other states.

Neal is involved in many community based organizations. For many years, Neal was the President  and Chairman of the Board of the Friedberg Jewish Community Center. Additionaly Neal was involved for many years with the Manhatten Society an organization that raises money for Multiple Sclerosis. Recently, he has been involved with the Adelante a cultural and social service organization in the latino community on Long Island.

Neal is licensed to practice law in New York and New Jersey. He is a member of the New York State Academy of Trial Lawyers and The Ameican Association for Justice.

Neal lives on Long Island with his wife and two children. During his  off time  from work Neal spends time with his family. He enjoys traveling and is a fan of jazz and sixties rock and roll. 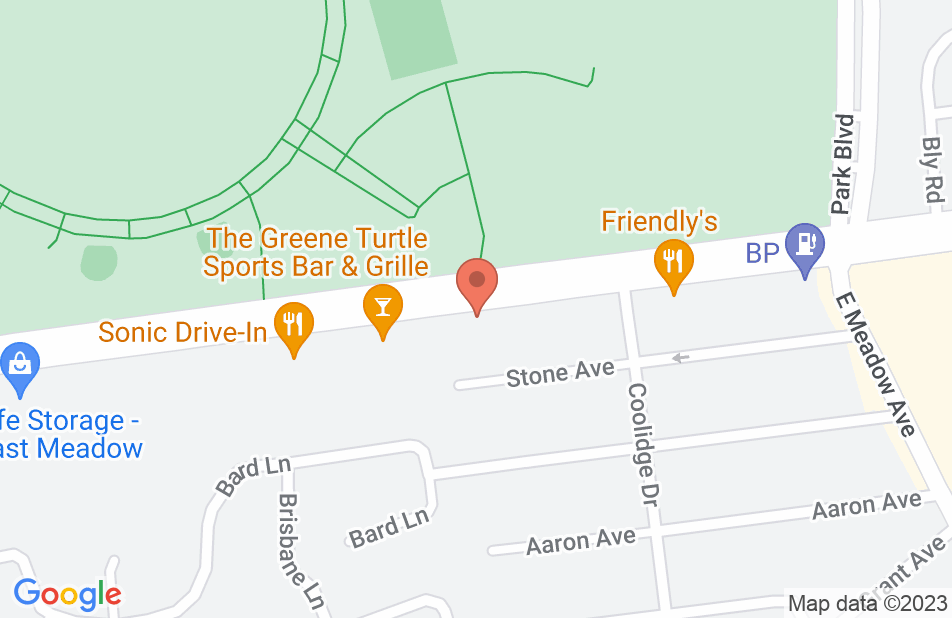 Neal Goldstein is an extremely knowledgeable and resourceful attorney. He always fights for the best possible outcome and is a polished and well-spoken attorney.
This review is from a potential client who consulted with this attorney.
Consulted attorney

Neal is a top shelf atty that will advise you about issues with your case that may not be clear to you or other attys that practice the same type of law. By directing me and my case he actually cut himself out of the loop and also a percentage of the total recovery that would be his fee, this is one guy who actually cares about doing the right thing! Neal went on to advise legal issues for 30 minutes without hiring him. Be Well Neal-Gary
This review is from a potential client who consulted with this attorney.
Consulted attorney

I know Neal Goldstein as a great lawyer for personal injury cases. He is extremely dedicated to his clients, very knowledgeable attorney easy to work with. He achieved the best possible outcome in my case. I highly recommend his service to anyone.
This review is from a person who hired this attorney.
Hired attorney

I have known Mr. Goldstein for more than 5 years. He was recommended to me by a friend for a personal injury case. I have found Mr. Goldstein to be extremely thorough in his analysis of my case and a pleasure to work with. He combines his knowledge and expertise in obtaining the best for his clients. Mr. Goldstein is very conscientious about his work and about the satisfaction of his clients. He is a man of great integrity and possesses a high level of commitment.

Neal is an excellent, personable attorney

Neal is a wonderful attorney. He is a very personable guy who keeps you informed every step of the way. Neal is a very honest guy and never talks down to you. He takes the time to explain things and makes you feel comfortable.

Kept me informed throughout my case

I had a small matter that Mr. Goldstein was kind enough to handle. He took the time to explain the entire legal process to me. Throughout the matter when i needed to speak with him he was accesible. I would highly reccomend him and his firm for any personal injury matter.

I have worked with Neal on a number of personal injury matters over the past 15 years. He is extremely knowledgable and gives tremendous attention to the cases he handles and the clients he represents.

Neal has a ton of information at his website that any personal injury victim should read BEFORE making a decision on who to hire. Its free and I highly recommend it.

Neal is a nationally recognized for his caring and skilled representation of injured clients. Neal is an extremely trustworthy and knowledgeable attorney. Neal’s clients rave about him. Keep up the good work!

I endorse this lawyer. I have known Neal Goldstein for many years, having worked for his firm in the past. We have kept in touch, and worked together on several cases since that time. Neal is knowledgeable in the area of personal injury, intelligent and creative. He is an experienced litigator, who is always compassionate to his clients. I maintain a valued working relationship with Neal, and enjoy reading his web log postings on recent events in his area of focus.

I endorse this lawyer's work. Neal is a dedicated, focused and thorough attorney who succeeds in having his clients get what they need and deserve. Excellent communication skills, able to think on his feet and has a heart.

Almost every lawyer touts their experience, but not every lawyer has the proven track record Neal has. Yes, Neal's experience is impressive, but his successes are even more so. I endorse this lawyer's work.

Having known Neal for over ten years, I can say with confidence he is one of the finest lawyers I know. A partner in his firm, Neal takes special care to see that his clients are satisfied and has a genuineness about him most lawyers lack. And with Neal on your side, you know you have an attorney who will always fight hard and get the most for his clients.

I endorse this lawyer's work. I have known Attorney Goldstein for over 30 years. I have always found him to be honest and intelligent.

I endorse this lawyer's work. He is a wonderful attorney and a caring individual. I would be proud to have him represent me.

I have known and worked with Neal Goldstein for several years. Neal is known in the legal community as a dedicated and hardworking professional. He has achieved outstanding results for his clients.

I endorse this lawyer's work. Neal Goldstein is a dedicated, effective professional. He cares deeply about his clients and provides them with outstanding representation. I have personally met with Neal on a number of occasions for the sole purpose of getting his insights on New York law and practice management. He is extremely knowledgeable about personal injury law in and around New York I have no doubt that Neal has a clear vision of not only how he practices law, but also in how he handles each individual case. I would highly recommend Neal, and certainly any clients of mine that would need New York representation would be referred to Neal.

I endorse this lawyer's work. I have had many mutual clients with Mr. Goldstein. I have represented the client for workers' compensation and social security disability. Those clients have had very good results in their personal injury lawsuits. Goldstein & Bashner provide excellent service to their clients. It's is important to have a lawyer you can talk to. Neal Goldstein is such an attorney.

I have known Neal for many years. I have worked together with him on several matters. His expertise in the area of personal injury is second to none. I have trusted the cases of my dearest friends and family members to Neal Goldstein. He is a zealous advocate for his clients and produces stellar results. His truly caring nature combined with his compassion for people and knowledge of the law make Neal one of the greatest attorneys in practice today.

I have known Neal in a professional capacity for my entire legal career. We have worked together on countless cases. I would handle the workers compensation or social security aspect and Neal would handle the personal injury aspect of the case. This is far more difficult than it may seem. Often times our respective positions could be at opposites. However, Neal's integrity is truly beyond compare. When we work together on a case there is only one thing that matters at all - the best benefit of the client. No matter the situation, that integrity is what stands out and allows me and Neal to work together to reach the BEST result for our mutual client. It is not about whose case is better or who gets a larger fee, it is about doing what is right for the only person that really counts under the circumstances, the client. For that reason alone I highly and professionally recommend Neal A. Goldstein