A native of Brooklyn, New York, Elena L. Greenberg is a graduate of the University of Rochester and St. John’s Law School. After having been admitted to the New York State Bar in 1983, Ms. Greenberg has concentrated almost exclusively in matrimonial law in her over 35 years of practice. Ms. Greenberg joined forces with Florence Fass in 2001, and is a partner in the Garden City firm of Fass & Greenberg, LLP; one of the top matrimonial law firms on Long Island. Ms. Greenberg is a founding member and President of New York Family Law American Inns of Court in Nassau County the Past Chair of the Technology and Practice Management Committee of the Nassau County Bar Association, member of the New York State Bar Association (Family Law Section).

In addition to her extensive trial experience, Ms. Greenberg is a certified mediator, having completed two courses in both New York and California. She has been a matrimonial fee dispute arbitrator since 1994 and served as an adjunct faculty member for Hofstra Law School Trial Advocacy from 1999 through 2003. Ms. Greenberg has lectured to the Nassau County Supreme Court Judges, as well as attorneys for their continuing legal education for the New York State Bar Association and Nassau County Bar Association, and accountants and other financial professionals. In addition to lecturing, Ms. Greenberg was a featured columnist on matrimonial law for the New York Law Journal, i.e., “Applying College Credits in Divorce Cases” (February 2008) and “How to Deal with CSSA COLA Adjustments in Child Support Agreements” (May 2008). Ms. Greenberg is rated “AV” in the Martindale-Hubbell Law Directory and has been named a New York “SuperLawyer” since 2010. She has also been listed in Pulse Magazine’s “Top Legal Eagles – Long Island” from 2009 to the present, and named as one of the Ten Leaders of Women of the Law on Long Island by Digital Press. Outside of the office, Ms. Greenberg is a history buff and a competitive tennis player. 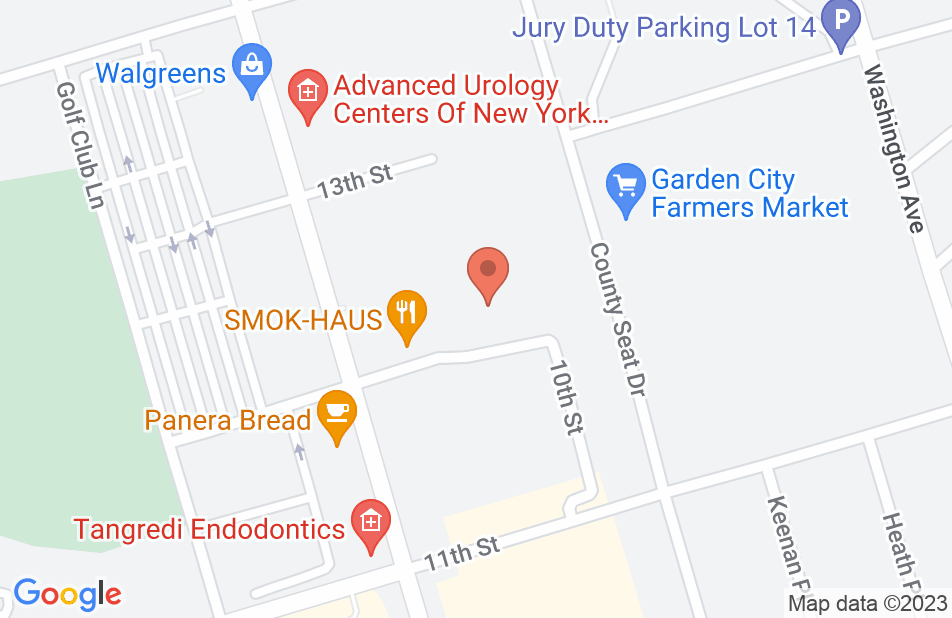 I found Elena Greenberg on "SuperLawyers.com" and that she is! Why? Because she listened to me and didn't push her agenda to make more money off of our divorce. I approached our divorce with an amicable tone and Elena respected that. She explained the law and provided me with guidance and information I needed to negotiate with my ex. She pushed where needed, expedited the work for me and laid out the process so I could plan my next steps with confidence that our agreed upon deadlines were not moving targets. This was all done remotely with zoom during the Covid pandemic. Elena responded to my emails or phone calls promptly, even after hours. She worked for me to meet my timeline and goals. She and her staff were professional throughout and I highly recommend Laney and her firm! Thank you.
This review is from a person who hired this attorney.
Hired attorney

I had a great experience with Laney during a very difficult time, and would absolutely recommend her. She is very talented - strategic yet tactical where needed. She negotiated a very fair compromise and is a great partner thru all the challenges.
This review is from a person who hired this attorney.
Hired attorney

Laney is the real deal!

Looking for the best divorce attorney on Long Island? Laney Greenberg is smart, meticulous, experienced and always on her game. She’s honest, knowledgeable, strategic and means business. Laney was responsive to my calls, emails and concerns throughout the process. Laney often redirected me to focus on the big picture instead of getting caught up in the drama. She offered solid advice, was supportive and always had my best interest in mind. Laney is extremely hard-working, passionate about her job and dedicated to satisfying her clients. Her communication and negotiation skills are unparalleled. Laney listens and truly cares about bringing resolution to your case. Laney’s staff was extremely helpful, patient and easy to work with. I was so grateful to have Laney represent me. I can’t recommend her enough!
This review is from a person who hired this attorney.
Hired attorney

My divorce dragged for 3 1/2 years. It drained me physically, emotionally and financially. After the decree, subsequent harassment issues propped up. I was fortunate to have Laney as my new lawyer. She’s honest with where I stand and does not give false assurances. She studied my case judiciously and was able to dismiss promptly every after divorce issue brought against me. She is also transparent with her legal fees. I’m grateful and satisfied having her as my lawyer.
This review is from a person who hired this attorney.
Hired attorney

Taking Care of the UGLY- Efficient and Effective!

Being in an ugly situation and having to seek legal help is really trying and stressful. I've had a bad experience with another law firm prior to meeting Laney. If you're looking to get things taken care of efficiently and effectively- you MUST see her. She lays out the facts, the reality of things and gives helpful advice to help you see things clearer, therefore making better decisions. You won't ever regret hiring such a fantastic lawyer and you'll be happy that she's on your side.
This review is from a person who hired this attorney.
Hired attorney

My 5 year relationship with Elana Greenberg of Fass & Greenberg llp.

Thorough knowledge of the new divorce laws of NY State / Active in judicial system of the Nassau Courts / Organized - follow - through of all details needed to fight a case / Excellent use of outside sources one might need in a complicated divorce case. / Utmost professionals, clearly respected by colleagues in the court system/ Easy to work with and easy to discuss all issues related to one's divorce.

Elena was respectful of my needs and alway provided thoughtful advice.

Elena (Laney) was tremendous in helping me through a very difficult situation a few months ago. She has a no-nonsense approach while being incredibly supportive and empathetic. I felt comfortable with her immediately and knew that I could trust her expertise. She was so accessible and easy to contact; she always responded right away. I would recommend her services without reservation.

During a very difficult time Ms. Greenberg always remained positive, professional and caring regardless of the challenges of my case. My calls/emails were quickly returned and her office staff was very friendly and efficient. I will always be appreciative for all of her hard work!

Divorce is a generally u satisfying experience, especially in the NYS court system. But I have to say that Laney did a great job explaining everything to me. Keeping me level through the process and (trying) to engage my Exe and her attorney in a positive sense.
See all reviews

One of the finest and smartest adversaries that I have ever had on a matter. I recently finished a post judgmemt matrimonial matter with her. A well-respected member of the matrimonial bar, she has the instant respect of her adversaries and the judges. She is well liked, well prepared for every instance, and stops at nothing to protect and safeguard her clients. I do not hesitate for a second to endorse her, and do so without reservation.

I have known Elena for many years. We have been adversaries, but we have also served on several committees together. I endorse Elena wholeheartedly and without reservation.

I endorse this lawyer. Elena is a highly regarded matrimonial attorney in Long Island and provides her clients with zealous advocacy. She is well versed in the law and I recommend her services to all clients.

I proudly endorse this lawyer. Attorney Greenberg is well respected in both her local legal community and here within the AVVO community. I would highly recommend this attorney to anyone in need of Family Law representation.

I strongly endorse Laney Greenberg. She is a fierce advocate for her client's, while also maintaining respect for her adversaries and the legal system. Laney never gives up and pursues every possible alternative resolution that she thinks is fair for her client.