Jonathan Cooper is the proud father of 9 - that's right - 9 children, who keep him very busy when he's not running his law practice. 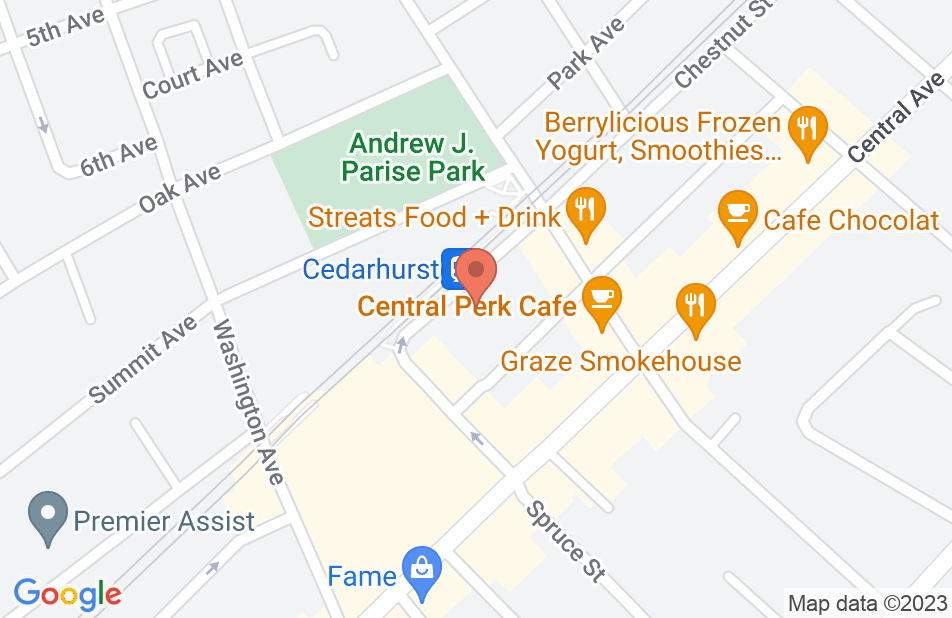 Jonathan helped us through a tough situation, where many great lawyers advised us to file bankruptcy. We hired Jonathan, and he held our hand and guided us. He was able to show the plaintiff's lawyer that we weren't at fault and we were the victims of a fraud. He also successfully negotiated a settlement
This review is from a person who hired this attorney.
Hired attorney

I retained Jonathan when my separation from my firm of almost 3 1/2 decades began to lose traction and i realized I was in need of quality counsel. Jonathan Cooper took to the task quite rapidly and adeptly. He drafted an ideal agreement and we were able to keep almost all of Jonathan's terms through final execution of the documents. Jonathan kept a cool head despite what he described as trying conditions and that attitude was extremely helpful to me. I could never have negotiated this deal myself without the able and informed advice I received from Jonathan. If you ever need a lawyer to handle non-compete clauses in an overall effort to get what is fair and just, make sure you sit down with Jonathan first. Unless you secretly like to lose ground, you'll sign his retainer and get him on your side as fast as possible. The legal fees you spend on the quality lawyering Jonathan Cooper delivers can be measured in: i) the number of your goals achieved; ii) the number of your dollars saved; and iii) the doctor bills you avoided. Thanks a lot Jonathan
This review is from a person who hired this attorney.
Hired attorney

Jonathan Cooper has represented us on a rather complex case. Here's my overall review: 1) He is very fairly priced, not not just per hour... Based on the amount of work he did versus what our previous attorney did, it ended up costing us about 80% less than what we paid for our previous attorney. 2) He is very hands on. He gets the full picture and comprehends the minute details very quickly which ends up saving a lot of time, headaches and of course money. 3) His work is very professional. 4) Finally and most importantly, his advise to us was purely based on what he believed was most beneficial to us, and not what would bring him more billable hours. Once you get to know him you see that that's just the kind of person he is - honest and straightforward!
This review is from a person who hired this attorney.
Hired attorney

I was involved in litigation related to a non-compete contractual dispute that involved dual litigation in California and New York. While initially i had tried to fight for the case to be heard in California, we ultimately failed in that effort, it was then that after searching online I came across Jonathan's website. If you've ever been involved in a lawsuit, then you know you're initially hungry for information. Jonathan's articles on the issue were quite clear in demonstrating his knowledge on the subject matter, and the style was also very easy to read. Upon an initial consultation, he came across as a very understanding of the situation and seemed confident that the situation could be handled based on the initial details on the case, which eventually led me to retain him as my attorney. Without knowing much about how litigation goes, I've come to realize that notwithstanding a solid background in the legal principles behind your defense, knowing how to sell it to the other party is crucial. When it came time to actually sit down with the opposing party for mediation, understandably both sides were somewhat confrontational, but I felt Jonathan managed the pace and took control of the situation and just seemed more conciliatory - without knowing what went on behind closed doors with the other party, I certainly was happy to have him on my side than the opposing attorney defending the other party. In the end, the settlement was more than satisfactory, and I could almost argue it to have been a win. Not to wish upon myself that I would ever need his services again, but if it came to be, and in particular to non-compete/trade secret/confidentiality issues, I'd definitely go back to him, and I would recommend him to anybody in NY in need of similar expertise.

Jonathan provided my company with wonderful advice and assistance in resolving a complex nuisance lawsuit by a former consultant. He was extremely competent and professional. He guided us through the process to achieve the most cost effective resolution without going to trial. I would highly recommend him.

Jonathan Cooper recently was recommended to me as an attorney after I was served with papers requiring legal action. He was able to reassure me that it would be handled and talked me through the entire process leaving me feel that I was in good hands. The case was taken care of and we were able to settle out of court.

Great experience with an attorney. I would recommend Jonathan to anyone seeking attorney services. He is knowledgeable, responsive and very professional.

I reached out to John based on an article he wrote on his website about non-compete agreements in New York. John provided the expert advice I needed to feel comfortable with a litigation involving my former company. He also made me feel comfortable that I did not take any malicious activity against my firm and as a result had very little to worry about. If you are in a sticky situation with a non-compete and you feel like your company is illegitimately bullying you around with your non-compete, John is the New York state litigation attorney to call. Mike

Jonathan is a terrific lawyer and a great person. We have consulted and worked together on several matters. I have found him to be extremely knowledgable and a zealous and effective advocate for his clients. I highly recommend him.

Jonathan defended us against a lawsuit relating to a non-compete. He was professional, knowledgeable and easy to work with. I hope to never get sued again but if I do, I would call Jonathan before anyone else.
See all reviews

Jonathan is a thoughtful attorney who is focused on the interests of his clients and providing his clients with important resources and information to understand their legal rights and options.

I have known Jonathan Cooper for many years. He is very professional and an outstanding litigator. I highly recommend him.

Jonathan has a fantastic reputation in the legal community because he is knowledgeable on the law as well as considerate to his clients and lawyers. I highly recommend Jonathan for your legal needs.

I endorse this lawyer. Jon is incredibly sharp, knowledgeable, trustworthy and thoughtful. His advice is always clear and indicates great insight and understanding. I would definitely recommend him.

I've known and worked with Jonathan on a number of matters of the last few years. If you have any business litigation issues I would certainly talk to him first because he has a wealth of material available to help you decide whether you need an attorney and if so how to find the best attorney for your case.

Jonathan Cooper is an oustanding lawyer. I had the opportunity to work with him for several years, in the past, on various matters and found him to be an excellent lawyer and legal mind. I would feel comfortable referring to him any of my clients who had need of his services.

Jonathan is an aggressive and determined New York lawyer who believes that his clients are worth fighting for. He understands that your case is more than your injury and your future is at stake. As a personal injury lawyer, Jonathan cares deeply for his clients and is willing to go the extra mile to ensure you receive fair compensation for your injuries. If you are looking for a skilled New York attorney who will fight for your well-being, you need a New York lawyer like Jonathan Cooper.

I endorse this lawyer's work. Mr. Cooper is well deserving of his reputation for zealous and exceptional representation.

I endorse this lawyer's work. Jonathan is a fellow lawyer in the community as well as a friend. I find him to be of the highest ethical caliber and enjoy his blog entries.

I have always found Mr. Cooper's abilities as being excellent. He is dedicated to his clients and to the outcome of the case. In addition, he is a real gentleman

I endorse this lawyer's work. I am always greatly impressed by Jonathan Cooper's bredth of knowledge and aggressive approach to helping his clients. I have the utmost respect for him, his ethics and, his professionalism.

I endorse this lawyer's work. By reputation, as well as from my personal interactions with Jonathan, I know that he as an outstanding attorney. More importantly, he possesses the highest ethical character and always places his clients' interests before his own. He relentlessly advocates for his clients' while maintaining the highest level of professionalism.

I endorse this lawyer's work. I have never worked with or against a more diligent attorney than Mr. Cooper. On several occassions I have had the pleasure of working along side him on complex matters and always know my clients are in the best hands if he is on their case. I have read Mr.Coopers written legal work and have never read more thorough and complete arguments made in support of his clients. It is my pleasure to endorse him.

I endorse this lawyer's work. He is one of the finest lawyers that I've ever had the pleasure of knowing and a most worthy advocate. He is a formidable adversary and a trustworthy ally, honest and honorable, thorough and reliable, knowledgeable, and scrupulously attentive to his client's best interests. We began as opposing counsel on several matters, but have become friends and I would not hesitate to refer a matter to him and recommend him to anyone who needs an attorney.

I endorse this lawyer's work. Mr. Cooper is one of the finest attorneys I have ever opposed in litigation. He is honest and represents his client's vigorously and with exceptional attention to detail. I would recommend him to anyone looking for an attorney