Lerner & Lerner, P.C. is the father-daughter team of former prosecutors who defend YOUR RIGHTS!

Kimberly began her career working at Brown & Wood, LLP, a large firm in New York City. In 2002, she joined the Nassau County District Attorney's Office where she tried numerous cases to verdict. She joined her father Richard's practice in 2005.

At Lerner & Lerner, P.C., she handles most of the criminal matters, including felonies, misdemeanors, and traffic violations, and assists Richard with all other matters.  She is also the head of the Nassau Bar Association's District Court Committee and has been assigned to a special task force investigating indigent client services. Kimberly has repeatedly lectured at the Nassau County Bar Association and recently was chosen by Senator Fuscillo to speak to high school students about DWI. 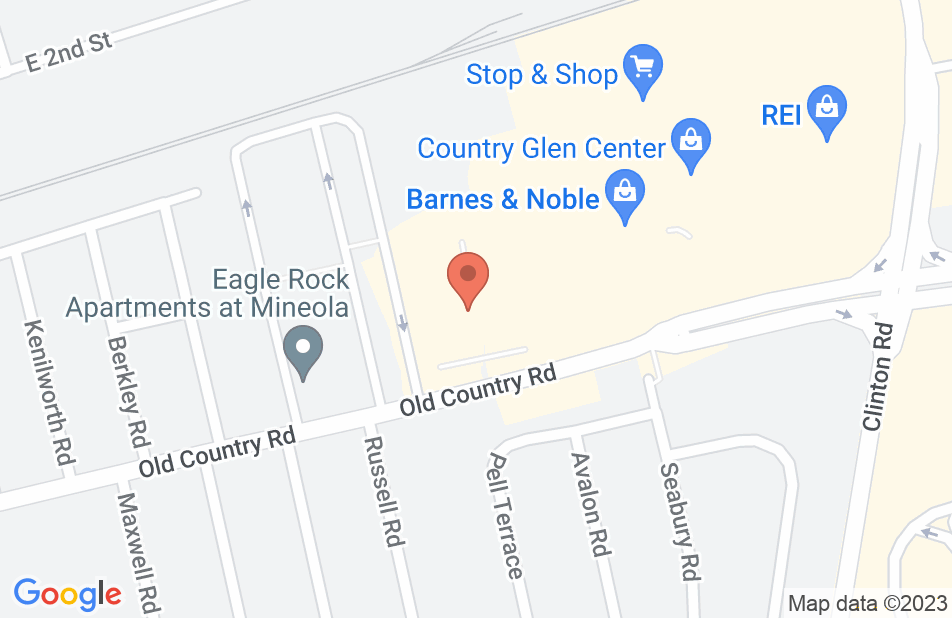 Kimberly really cares about her clients. She represented me on a DWI case and she really knows her stuff. She was right on everything she told me to expect and made the nightmare a lot easier. She is so reasonable and will really listen. I strongly recomend her.

Ms. Lerner handled my situation with such compassion. She is so smart and well respected in the courts. She was able to show the DA the situation without going to trial and my case was dismissed. She does not give up.

Kim is a sweetheart . She represented me last year for dwi. She told me what to do. Guided me every step of the way. She's very caring and understanding. Always returned my calls and answered all my questions promptly . I was tight on money but she was very patient and never gave up on me. She's a great lawyer and fought for me until I got the lowest penalty. She's extremely informative, reliable and respectful . I would definitely refer Kim to anyone in need of legal help.
This review is from a person who hired this attorney.
Hired attorney

The best attorney you can ever ask for!

Kimberly Lerner is above and beyond what anyone can hope for when it comes to a criminal defense attorney. Originally, I was faced with a DWI charge and another misdemeanor charge which really seemed like an uphill battle to me. Me graduating college next month, I was very afraid of the outcome that I would possibly get a criminal record, be put on probation, and have the rest of my twenties ruined and have difficulty in finding employment in the future for the rest of life with a criminal conviction. I contacted Kimberly several days after I was arraigned and met her and her father (they are partners at the firm) where they provided me a free consultation. Kimberly told me she thought I could get my DWI reduced and and the other charge dismissed or reduced. I was skeptical, but I hired her because I thought she was my best shot at getting out of this alive without a criminal record. She did just that. Months passed with the courts, but at the end of the day in the end, I ended up with no criminal record, the DWI charge reduced and other charge eliminated completely!! This lawyer cares about you, sees you as a person and not just another client, and goes above and beyond to take care of you to protect your future. I am truly amazed and forever grateful that I now have my life back, court is resolved and I will never have to worry about charges again. DWI in Nassau County is an extremely difficult area to practice, and your outcome will vary based on various factors in your case, however I can say confidently hands down that this is the best attorney you can ever hire for your money and be confident with the outcome of your case. I cannot be any more grateful for the outcome of my case and how great her and her father are when it comes to defending you. There is simply no one else to trust with DWI or other criminal charges in Nassau County than this attorney. Thank You Ms.Lerner for getting me my life back.
This review is from a person who hired this attorney.
Hired attorney

While going through documents/paperwork preparing for a court date the following day, it had come to my attention that there were dates that did not overlap; in essence meant that my situation became significantly more serious and had not yet arranged for an attorney. A few people had pointed me to Kim and honestly... it was such a relief once we were in contact. Professional and knowledgeable, she dissected the situation and researched everything she needed in a matter of minutes. Within an hr after my initial call, she was my representative. **In this case, it happened to work in my favor that her client and myself had the same court appearance... Had he not she wouldn’t have been able to represent me** The outcome was worth it - definitely saved money in the long run by hiring an attorney. Kim was patient/understanding and easy to work with.
This review is from a person who hired this attorney.
Hired attorney

SIMPLY THE BEST, BETTER THAN ALL THE REST...

COMPASSIONATE AND AN EXPERT AT WHAT SHE DOES I RECOMMEND HER HIGHLY THE BEST LAWYER I HAVE EVER MET.

One of the Best Lawyers I know ...

I'm out of state needed a Lawyer to help my Husband with tickets in Nassau Found her Tues She was in court Thurs ..WoW amazing so impressed What a wonderful lawyer . Great communication And finished in 3 days amazing Greatly appreciated everything she did for us Made our worries at ease Dropped my husbands tikets all down to just a seat belt ticket amazing A++++++ Lawyer Thankyou again

Kimberly Lerner is an excellent lawyer. She is well respected in the courts and knows the das and judges. She always returns calls and knows the law. She does not judge you and does not get angry if you ask the same question a ton of times. The law is messed up and confusing and she really explains it well. I am so lucky that I found her. If you are unlucky and get locked up she is the only one to go to.

Lerner and Lerner is the only firm I would trust when you are in trouble. Kimberly and Mr. Lerner and honest, smart and so good at what they do. They always return phone calls and never bs you.

Kimberly Lerner represented me on an assault charge which was bull and she knew it. We were redy to go trial but the da backed down when she showed them that the lady was a total liar. She is tough and so smart.
See all reviews

Kim is an amazing advocate and a talented trial lawyer. She is a true professional. I endorse this lawyer.

Kim Lerner is an exceptional attorney who is truly passionate in her quest to help each and every client. Choosing a criminal defense attorney is a challenging task because many will tell you how great they are, but you should be skeptical of such self promotion. I have been practicing law for over 20 years in both state and federal court and have represented clients throughout the country and I can unequivocally state, without hesitation, that Kim Lerner is among the best there is. She cares. She works hard. She is intelligent and has great instincts. Rest assured that in a business where second place is last, that you can trust Kim Lerner to get you the best outcome possible.

Kim and I worked side by side as prosecutors in the district attorney's office where I witnessed first hand her dedication and commitment to her cases. She has a tremendous amount of experience in criminal law and I'd highly recommend her to handle any criminal matter.

Kim is a very talented and experienced attorney. She zealously advocates on behalf of each and every one of her clients. I strongly endorse Kim as an attorney for all criminal matters.

Kim is an incredible attorney. Her past experience as a prosecutor has provided her with the knowledge and the experience necessary to be very successful in the field of Criminal Defense. She is very devoted to her clients, is a hard worker and is very passionate about what she does. I enjoy working with her as Co-Counsel and highly recommend her to anyone who needs a criminal defense attorney.

I endorse this lawyer. Kimberley is a great lawyer and colleague. I highly recommend her.

I endorse this lawyer. Kimberly is a knowledgeable attorney that you can trust when looking to refer a case to.

I have made referrals to Kim Lerner and always receive feedback indicating successful results and fantastic customer service.

Ms. Lerner is an exceptional advocate for her clients. She is knowledgeable on the law and skilled in the courtroom. It is a privilege to endorse her.