In 2002, Mr. Drucker was awarded a Juris Doctorate from the Benjamin N. Cardozo School of Law, New York, New York.  Mr. Drucker is a graduate of the University of Michigan, Ann Arbor earning a Bachelor of Arts Degree in 1999.

Upon graduation from the Cardozo School of Law, Mr. Drucker worked as an associate attorney for a medium sized law firm in Mineola, New York, specializing in insurance defense litigation.  During this time, he defended personal injury cases on behalf of various insurance carriers and their insured, and gained valuable litigation and trial experience.

In 2005, Mr. Drucker joined his father, Mark S. Drucker, at The Drucker Law Firm in Jackson Heights, New York.  He quickly became immersed in Immigration Law, and is now proficient in all of the firm’s immigration practice areas.  In addition to Immigration Law, Mr. Drucker has a substantial personal injury practice, representing clients who were involved in automobile incidents, slip/trip and fall incidents, etc.  In addition, Mr. Drucker represents clients who are in need of legal counsel for criminal defense, family law, and general litigation.

Mr. Drucker is an active member of the American Immigration Lawyers Association (AILA), the Queens County Bar Association, and the New York State Bar Association.  He has lectured on various topics of Immigration Law, and served as a Supervising Attorney for the annual CUNY/Daily News “Citizenship Now” Call-In event in New York, New York. 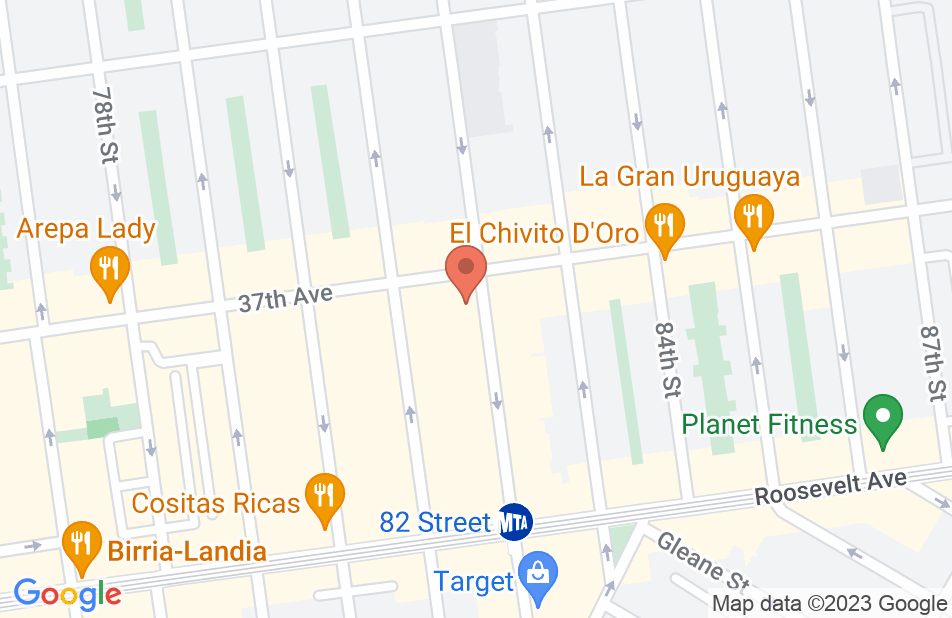 Daniel and Mark Drucker have been my immigration lawyers since 2009 and I could not be happier with their services. They were very attentive to every detail of my history and made sure to build my case for the Green card first, and the naturalization second on solid foundations. They are thorough, meticulous, and professional without sacrificing in human touch, understanding and thoughtfulness. Daniel came with me to the naturalization interview, and having him there, as well as the prep beforehand, were invaluable. I very much recommend them to anyone in need of superlative immigration lawyers. I, myself, retain their contact at hand in case of other legal needs!
This review is from a person who hired this attorney.
Hired attorney

Daniel Drucker helped me with my case. Due to ongoing covid-related reason my case took much longer to process, and even then I felt very confident with my choice of a lawyer. Daniel has been professional all the way throughout the waiting process, straightforward, very helpful with collecting all the required documents, filing on time, and been responsive to all the questions I had. He has attended my interview as well, and made sure that everything was handled properly. Have received my green card - thank you for your work Daniel!
This review is from a person who hired this attorney.
Hired attorney

Daniel is a professional immigration lawyer who handled my H1B transfer matter in a timely and proper manner. He diligently worked on the documents and regularly informed me about the progress. I recommend him and his law firm.
This review is from a person who hired this attorney.
Hired attorney

Dan, was very proactive, knowledgeable and forthright with my case for my H1-B process. I will highly recommend him to anyone.
This review is from a person who hired this attorney.
Hired attorney

My husband and I had a great experience with Drucker law firm. Mark and Daniel were professional, efficient and helpful throughout the whole process. I would like to highlight the easy and quick communication by email and in person about any questions/concerns we had. The process was smooth and we really recommend to hire these lawyers for Green Card applications.
This review is from a person who hired this attorney.
Hired attorney

A truly honest and compassionate Attorney

I did a lot of research to find a knowledgeable and trustworthy attorney to handle the very delicate process of adoption. Daniel was honest and committed to my case from day 1. He understood how important this was for my family and I and was truly part of the whole process with us Daniel represented us with the utmost professionalism In court and help us make our dream come true. We are very thankful to have found Daniel!
This review is from a person who hired this attorney.
Hired attorney

Had a DUI cases, didn't know who to turn to, so I went with the law firm that has helped most of my family members with their legal cases, the Drucker Law Firm. Daniel Drucker did a great job of listening to the situation. He accomplished what he said he would in my case. I am pleased with his service and would definitely recommend him.

Daniel is very professional, knowledgeable, respectful and friendly at the same time. He kept me updated of every single step of the process and was able to answer any question very efficiently and in a manner that I was able to understand it. Definitively, a great professional in the field.

My case was handled flawlessly and it made the Immigration process vastly less daunting. He was clear and detailed in the requirements and responded extremely quickly to any enquiry I had.

Daniel is such a terrific lawyer and so easy to work with! He would keep me informed every step of the way and so knowledgeable and efficient that it never felt like a difficult process. I really appreciate that he was so responsive and approachable and would always respond to my emails almost right away. Even when he was on vacation with family, he would still email me back promptly! I can't thank him enough for all the work he has done for my case and I would recommend him in a heartbeat!
See all reviews

Dan is a knowledgeable, hardworking attorney. I would recommend his services to anyone seeking an immigration attorney!

I strongly endorse this lawyer. Although I've selected Immigration as his area of endorsement, I also endorse him for Criminal Defense and Personal Injury. I've known Daniel Drucker for years and I know him to be an intelligent, charismatic and talented attorney. Moreover, every client I have ever recommended to him has been extremely pleased with his work. I would highly recommend Mr. Drucker.

I have known Dan for almost 20 years. He is bright, professional, and a fierce advocate.

Mr. Drucker works tirelessly for his clients, and provides exceptional results. He is very comfortable in a courthouse setting, and knowledgeable of the law, and procedures. I highly recommend Mr. Drucker to any potential clients.