Relentlessly Fighting to Protect Your Rights from Start to Finish. Call today 212-619-3900

New York City Criminal Defense Attorney Lance Fletcher grew up near Philadelphia, Pennsylvania.  After graduating from high school, Lance received his Bachelor of Science from the University of Rochester in Rochester, New York in 2000.  While an undergraduate, Lance interned for the Supervising Judge of the New York City Criminal Court in 1998.  In 2001, Mr. Fletcher attended law school at the University of Pittsburgh where he graduated and received his Juris Doctorate degree (J.D.). While in law school, Lance participated in moot court and a family law clinic, interned at the Department of Justice, the Philadelphia District Attorney's Office, the Pennsylvania Supreme Court, and clerked for a law firm in Hartford, Connecticut.

Upon graduation from law school in 2004, Lance was appointed as an Assistant District Attorney at the Manhattan District Attorney's Office, a position he held from 2004 to 2008. While at the District Attorney's Office, Lance prosecuted hundreds of cases involving violent and non-violent offenses, DWI and DUI cases, and was a member of both the Identity Theft Unit and the Domestic Violence Unit. Additionally, Mr. Fletcher conducted numerous jury trials ranging from misdemeanors to complex felonies.

Since leaving the District Attorney's Office, Lance has successfully represented clients in criminal, and DWI cases in Manhattan, Brooklyn, Queens, The Bronx, Westchester, Long Island, and in Federal Court. Mr. Fletcher is nationally recognized as a criminal defense attorney and is a member of the National Trial Lawyers Top 100 Trial Lawyers. 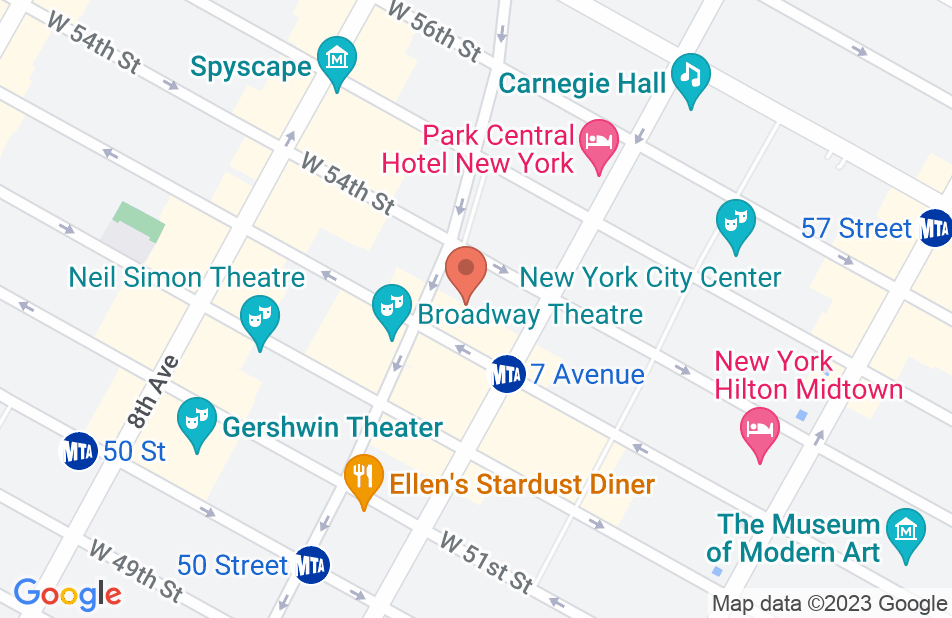 Lance is a great guy. I have hired him for his help in three different cases dating back to 2012. In my most recent case this past year, he hit a home run in the courtroom and had my DUI case dismissed. I can't explain what a great day that was for me. Worth every penny, Lance will definitely be my first call if I ever wind up in trouble again
This review is from a person who hired this attorney.
Hired attorney

Lance is a stellar attorney

Lance Fletcher was a huge help in a DUI case that I went through a few years back. The charge was for a DUI misdemeanor that was reduced to an DWAI through Lance's efforts. Beyond that though, he was a source of confidence and clarity for me and my family during an extremely difficult time. He clearly outlined the details of the case, and was honest about the challenges and options that were available to me. He was extremely communicative and available for my questions throughout and even after the case was resolved. I couldn't recommend Lance more highly and am completely grateful to him.
This review is from a person who hired this attorney.
Hired attorney

I came to Lance Fletcher with as my case. He listened my problems and asked all the right questions to get the facts, then presented me with all the possible outcomes. I liked his approach to defense as to secured his services. His knowledge and experience of the law made all the difference in the outcome of my case. Thanks Lance Fletcher and I highly recommend his services to anyone needing a attorney.
This review is from a person who hired this attorney.
Hired attorney

I hired Lance last year for a DUI case and he had it dropped and sealed. He even saved my license from a suspension after I had a refusal. He's really great to work with and tells you the truth and what to expect. I would suggest hiring him right away.
This review is from a person who hired this attorney.
Hired attorney

I have hired Mr. Fletcher two times. I was charged with public lewdness in two different occasions, in the first one he was able to reduced it from a misdemeanor to a violation and in the second occasion he found a mistake done by the prosecutor and the case was dismissed. He is really thorough with your case and he really fight for you. Very professional and well-prepare but at the same time he creates and environment of trust and peace. Since day one he makes you feel protected and whatever he tells you it might happen on the court day that is exactly what happen. I do not hesitate to recommend him, 100%. You will be able to sleep better and go through one of the most stressing and frightening moment a person can have in the life.
This review is from a person who hired this attorney.
Hired attorney

I can explain how professional mr Fletcher is.. he gets the job done.. has very good communication and knows what his doin.. I am very happy how he handle my case and all I can say is thank you..
This review is from a person who hired this attorney.
Hired attorney

He went to court on my son's behalf

Mr. Fletcher was great I had to contact him for my son, We live in Atlanta and my son had to go to court in New York! He went to court on my son's behalf and the outcome was great thank you so much for taking the stress off of me!!
This review is from a person who hired this attorney.
Hired attorney

I was being charged with two Class A misdemeanors and a violation. Which in turn translates to a maximum of two years in prison along with a heavy fee's for the violation charge. I knew this was serious, so I contacted several lawyers for consultations. Majority of the lawyers attempted to scare me into hiring them. I'm thankful that I didn't sign off and I waited. After meeting Lance I realized that he was the attorney that I needed to hire. Lance never scared me into hiring him and explained the situation I found myself in. He did this in a demeanor that permited me to comprehend everything without frightening me. Furthermore as a former prosecutor turn defence lawyer I feel that his experience has granted hjm a better understanding of what's going on. While I was waiting for my court date I was worried about the possibility of being thrown into The Tombs or Rikers Island. This thought consistently emerged in my head - However whenever I spoke with Lance he has this calming presence about him. I would stop thinking about this possibly. Fast forward to my court date their was a plea deal for Disorderly Conduct along with Anger Management classes. I found it to be acceptable and I took it. I will NEVER find myself in legal trouble EVER AGAIN but if anyone I know finds themselves in legal trouble I wouldn't hesitate to recommend Lance Fletcher.
This review is from a person who hired this attorney.
Hired attorney

Mr. Fletcher got me out of a huge mess. I was facing a felony for criminal impersonation. It’s all gone. He told me “don’t worry I got this“. He handles everything. I mean everything. He is your man and he won’t let you down.
This review is from a person who hired this attorney.
Hired attorney

I was facing four years. I have a prior armed robbery felony that I did time for. I thought I was screwed for good. But lance fletcher saved my life and got it to a misdemeanor and all I have to do is stay out of trouble for a year. I highly recommend him. He’s so handsome and articulate and charming as well no DA will dare go against this fierce amazing lawyer. Lance thank you for saving my life. Hopefully I won’t need you in the future but if I do, this is the man I am calling. He is better than the famous lance lazario. If your in trouble I would trust this man with your life. And he got it done within three court dates when the public defender before I hired him was saying this is going to drag out and I was most likely going to prison. There’s not enough words to thank you.
This review is from a person who hired this attorney.
Hired attorney
See all reviews

I endorse Lance Fletcher he is an amazing criminal defense lawyer. He trained in the New York County District Attorney's Office where he learned the inner workings of the criminal justice process.

Lance is a professional and an excellent attorney. I would not hesitate to recommend his services to a client.

Lance is an exceptional attorney whose reputation speaks for itself. He is highly regarded in his field.

I had the pleasure of working side by side with Lance as a prosecutor for several years at the Manhattan District Attorney's Office, and am now a colleague of his in the defense bar. Lance is an excellent lawyer who knows the court system in and out. I've seen him in action and he is a zealous and caring attorney who I would want on my side if need be. I endorse this lawyer.

Attorney Fletcher is a dedicated, highly-skilled lawyer well-respected within the legal community. I fully endorse him.

I worked with Mr. Fletcher a few years ago at the Manhattan District Attorney's Office. He is one of the most hardworking and intelligent individuals you will ever meet. In private practice, he fights for his clients and always has their best interests at heart. If you need an aggressive advocate on your side, Mr. Fletcher is your man. Without a doubt, I endorse this lawyer.

Mr. Fletcher is a dedicated and experienced attorney. I endorse this lawyer.

I endorse this lawyer. Referred a criminal matter, could not be happier with the results.

I endorse this lawyer. Mr. Fletcher is a hard-working, diligent, and compassionate attorney who gets the job done.

Lance Fletcher is an excellent attorney. He combines top-flight legal abilities with excellent people skills. Anyone represented by Mr. Fletcher is in fine hands.

Highly experienced and extremely articulate and persuasive in court. One of the top criminal defense lawyers in New York City.

I have referred quite a few clients to Mr. Fletcher, and all of them were very satisfied both with the level of service and with the outcomes of their cases. Mr. Fletcher is a pleasure to deal with, and he delivers the best professional service one could wish for.

Scott Grossman, Criminal defense Attorney on May 30, 2012
Relationship: Other

Let me start by saying that Lance has all the attributes of an effective and highly skilled criminal defense attorney. As a former NY prosecutor he has perfected his craft inside the courtroom. In conversing with Lance, his colleagues will find him to be both personable and extremely knowledgeable about NY State Statutes as well as case law. As a highly skilled trial attorney he exudes confidence without arrogance. It is these unique character traits along with his thorough preparation that makes Lance a most effective presence in criminal court. When a client's liberty is at stake, he or she can turn to Lance Fletcher and know they will have a competent, experienced, skilled and compassionate advocate in their corner.

I endorse this lawyer. If I were to ever be in trouble, I would call Lance in a heartbeat. He is tough, yet personable, and well-versed in all matters criminal defense. I highly recommend him.