I subsequently attended Rutgers School of Law Newark where I earned a Juris Doctorate. During law school, I tutored first year law students in both Torts and Civil Procedure. I am admitted to practice before the state courts of New Jersey and New York, as well as the New Jersey Federal District Courts.

I am a member of the litigation team and concentrate my practice in personal injury litigation; including auto accidents and premises accidents of all natures.

On a personal note, I love to play and watch sports of all kinds.  I've been a loyal Knicks fan, even over the past seven years.  It makes it easier because the Yankees and Giants have done so much winning!  I practice Mixed Martial Arts and have been studying Krav Maga (Israeli hand-to-hand combat) for the past four years.

The reason I love to fight insurance companies:  "The bottom line is that insurance companies make money when they don't pay claims," said Mary Beth Senkewicz, who resigned as a senior executive at the National Association of Insurance Commissioners. "They'll do anything to avoid paying, because if they wait long enough, they know the policyholders will die." 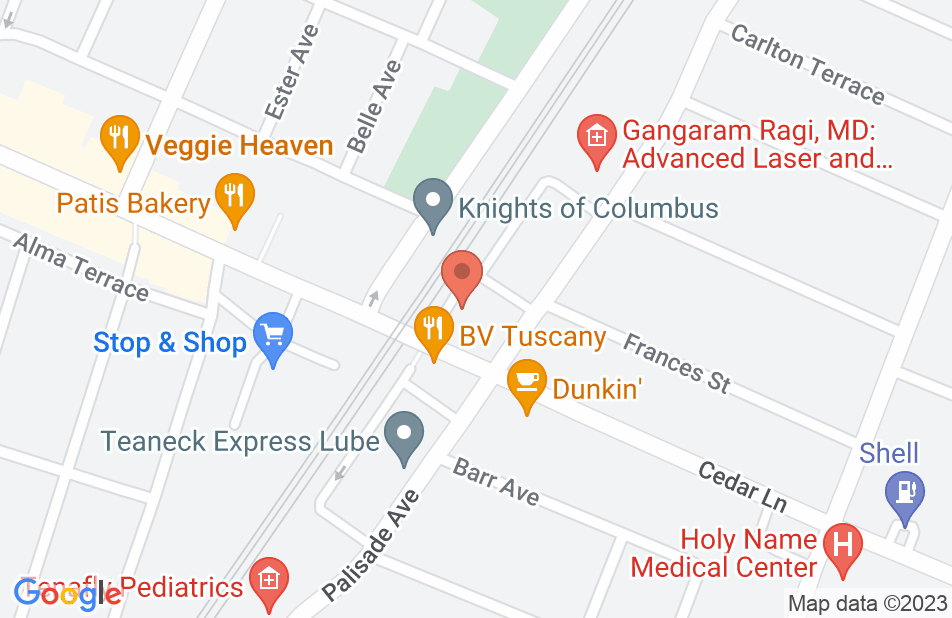 Thank you, You went above and beyond I cant say enough about Davis, Saperstein & Salomon and their staff."

From the very first meeting they helped me with a difficult case. The paralegal was so helpful and explained everything during the whole process. They kept me will informed and walked me through the entire process and in the end I was very happy with the settlement I received. My attorney was very knowledgeable of my case and did a great job "Way to go Adam Lederman, You ROCK!" . I would recommend Davis, Saperstein & Salomon to anyone needing help with a legal problem. Much Thanks
This review is from a person who hired this attorney.
Hired attorney

Adam is an excellent attorney. His age isn't a fault, it's a bonus! He is knowledgeable, intelligent, unbelievably easy to work with and incredibly mature. His age only makes him hungrier for the "difficult" cases. I would recommend him to anyone in need of a lawyer. He knows more about personal injury law than any lawyer I've come across. Give him a chance and he'll wow you with his understanding of the law and ability to communicate with people. He's a terrific lawyer and I'd recommend him to anyone in need!

Adam is an attorney who fights hard to get his clients what they deserve. With his extensive experience in personal injury litigation, he is widely acclaimed in the legal community and his hard work has been rewarded with many accolades. I endorse this lawyer.

I endorse this lawyer. He's patient, intelligent and a nice attorney. I believe he would meet client's goals by employing a great strategy,

Adam is very intelligent and fights to protect his client's rights. He is a well-respected attorney in our profession and an asset to our office. I endorse this lawyer.

Adam is a phenomenal attorney. He is a highly trained and skilled litigation expert who has earned the title: Certified Civil Trial Attorney. He fights hard to get the best results for his clients while keeping them informed and educated about their case. I absolutely endorse this attorney.

I endorse this lawyer. He is a great lawyer!

Adam is my go to attorney for all personal injury referrals. He is highly professional and knowledgeable in all aspects of PI, and works hard to achieve good results for his clients.

Adam is THE attorney I refer all my personal injury cases to in Bergen County and throughout north jersey. I highly recommend him.

I had the pleasure of meeting Adam through a networking group. Since I've known him, I have found him to be exceptionally knowledgeable in his field and well-respected by his peers. I've also recently referred a dear friend to him and trust that she is in the best hands. I absolutely endorse this lawyer.

Adam is one of the most diligent,hard working, and detail oriented attorneys I know. He truly cares about his cases and the well being of his clients. You will get a sense of comfort, care, and attention with Adam. I recommend Adam regularly to my network when there is a need for a personal injury attorney and the feedback has been all positive. Please call Adam should you need assistance or guidance with a personal injury matter.

Adam is a talented, diligent and persistent attorney who fights for his clients no matter how large or small the matter is. He is my first classmate (that I know of) to be named as a Super Lawyer, Rising Star, a well-deserved honor. I would not hesitate to recommend Adam to any of my clients, friends or family members in need of a personal injury attorney.