Attorney Michael B. Pollack is the founder of the Law Office of Michael Pollack, LLC, in Hartford, CT.  He is dedicated to defending the rights of the injured and exclusively devotes his practice to personal injury law and workers’ compensation.  With more than two decades of experience as a personal injury and workers’ compensation attorney, Michael B. Pollack has the experience and skill to successfully defend your rights in court, hold accountable those responsible for harming you and obtain the compensation you deserve.

Michael Pollack grew up in Colchester and now lives in South Windsor with his wife, son and daughter.

Since practicing law in the State of Connecticut, Michael Pollack has also served in Farmington on a condominium association's Board of Directors and sat on the Town of Newington Board of Ethics. He also served as a volunteer Trail Ambassador for the New England Mountain Bike Association.

At this time, Michael Pollack is a member of, and the former Team Manager of, the Manchester Mountain Bike Search and Rescue Team (MBSAR) that specializes in locating lost, missing or injured persons in the woods and in urban settings. He provides instruction in search and rescue, supervises search operations, coordinates training and conducts searches.

He is currently the President of the South Windsor Youth Hockey Association and previously served as the Vice President and as a Board Member.  He also coaches (certified as a Level 4 Coach with USA Hockey). 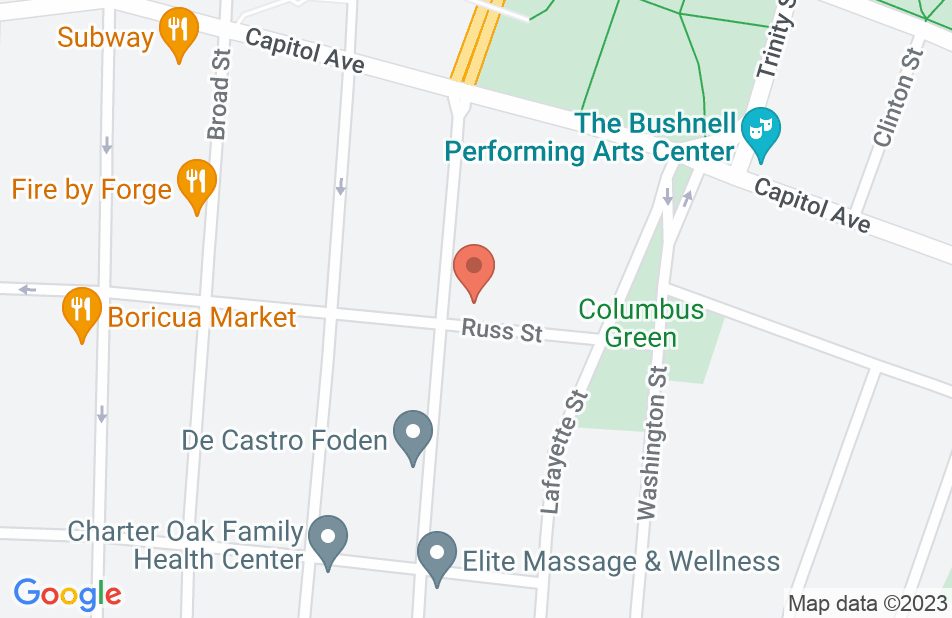 I was seriously injured on the job in 2005 needed 3 back surgeries between 05 and 09then was able to close out my case in 2013 very very pleased with attorney Pollacks hard work' professionalism and determination.he had my back literally for the entire ordeal' no matter what was going on attorney Pollack was always on top of it. he installed great courage and strength in me thru out ' without his help and understanding I would have never made it to the end point. in my opinion attorney Pollack is a great asset to any and all of his clients. on a scale of 1-10 I give him a 10 and would recommend him very strongly to anybody that needs a injury lawyer I myself think he is one of the very best at what he does.
Michael Pollack's response: Mike, it was a long road. I appreciate the opportunity to help you and I thank you for your kind words.

My review of Attorney Pollack

In 1998 I was recommended to Attorney Michael Pollack for a workers comp. injury case that was severe enough to require surgery. It turned out to be an excellent recommendation. Michael was very clear of our objective, confident of the outcome and caring of my needs. Michael is professional at all times, meticulous in his preparation for court and when necessary, aggressive with his opponent’s. He is the best at what he does and as a person he is someone who cares about people and looks for justice for his clients. He has a passion for righting wrongs. I knew he was only a phone call away should I have any questions and he always promptly returned my calls. My case was settled and I received a generous settlement beyond my expectations. I am certain that this result was due to his excellent negotiation skills. I was very fortunate to retain Michael as an attorney and highly recommend him to anyone who may find themselves in need of his services.
Michael Pollack's response: Sheila, thank you so much for sharing your experience. I appreciate it.

Attorney Pollack represented me in a personal injury/Motor Vehicle accident case. I needed someone to stand up for me, after I was bullied by the plaintiffs insurance company. Attorney Pollack was my “Knight in shining armor,” not only is he smart, proactive and assertive, he’s also extremely empathetic. “He is the best,”he got me a settlement in my favor.He helped me navigate through a difficult situation. He was super responsive with any questions, phone calls and emails. I would highly recommend him to anyone that wants amazing representation.
This review is from a person who hired this attorney.
Hired attorney
Michael Pollack's response: Melissa, thank you so much for the compliments.

If you are looking for an attorney that is on his game look no further than Attorney Micheal B Pollack! This attorney returns phone calls and emails promptly something my previous attorney never did! Beyond that he has always taken the time to explain everything to me answering any questions I might have and making sure that I received the settlement that I deserved. He is a man of integrity and I am very happy and proud that he represented me!
This review is from a person who hired this attorney.
Hired attorney
Michael Pollack's response: Maria, that's very kind of you to say. Thank you.

I have had the pleasure of having Mr. Pollack represent me in two motor vehicle accidents that I received debilitating injuries. Michael was understanding of my injuries, he was also calming during a very difficult time in my life, and he was extremely knowledgeable, understanding the law and my rights as a victim. Both claims were a success and my injuries are now behind me for the most part. I highly recommend Michael Pollack for any personal injury or motor vehicle accident case. He will definitely be there for you and your best interests.
This review is from a person who hired this attorney.
Hired attorney
Michael Pollack's response: I really appreciate the kind words. Thank you.

An attorney that listens to you???

Attorney Pollack is a smart, spunky lawyer who actually listens when you speak. He is compassionate about his clients and does not like to lose. I would recommend him to anyone who is in need of representation and wants an attorney that will work hard for you. Want legal help without the usual attorney ego? Call Attorney Pollack for excellent representation from a one of the best!
Michael Pollack's response: Thank you, Amy.

Very courteous , knowledgeable . This guy pointed me in the right direction , he took time to communicate with me. Thanks for all your help . At times it felt like I was hounding ou but you managed to respond to all my inquires . Thank you again attorney Pollack
This review is from a potential client who consulted with this attorney.
Consulted attorney
Michael Pollack's response: You are most welcome. Thank you for sharing the experience.

Micheal pollack is a professional lawyer He cares about the client well being and case .He did a great job for me. Also he stays in touch with me during the case and after
Michael Pollack's response: Phil, I appreciate your kind words very much. Thank you.

I have trusted Attorney Pollack for more than 15 years!

Michael Pollack is a hardworking, tenacious and trustworthy lawyer who will work his tail off to get you the compensation you deserve. That is what he did for me when I had a case. He started by asking so many questions, I thought that first meeting would never end. But then I realized that he was really getting all the information he could to put together a great case that got me a great result. So don't be surprised that he asks so many questions -- he has his reasons! It was about 15 years ago that I first engaged his services. Since then there have been a few other cases and Attorney Pollack has always been the first person I call when I think I need a lawyers help. One thing that makes him trustworthy in my view is that a couple of times he referred me to another lawyer, saying that the case was not his specialty and another attorney would be better at it. That shows he is not going to try to BS his way on a case. To me that is trustworthy. So I think you wont go wrong calling Michael Pollack.
Michael Pollack's response: I appreciate this very much. Thank you, Adam.

I endorse this lawyer. Capable, considerate and thoughtful.

I endorse this lawyer. Michael is a real professional. He works hard for his clients and is well respected for his skills and expertise.

I endorse this lawyer. Michael's a bright and personable lawyer who works hard on his clients' behalf.

I highly recommend this lawyer he is a true professional

I endorse this lawyer. Go to Michael Pollack if you need help with your worker’s compensation claim.