Prior to establishing the Law Offices of Harold D. Carr, P.S. in 1989, Mr. Carr actively practiced in law firms in King County, Pierce County, and Thurston County.  He obtained a Juris Doctor degree from University of Kansas School of Law in 1981 and his undergraduate B.S and graduate Masters degree from Kansas State University in 1977 and 1978, respectively.

He devotes his law practice to obtaining just and fair compensation from insurance companies for those individuals injured as a result of negligence in cases primarily involving motor vehicle accidents. He has served as a mediator on the Alternative Dispute Resolution Panel and as an arbitrator on numerous UIM panels.

Mr. Carr is actively involved in the community and has served as President of the Lacey Lamplighter Lions for three terms and as chairperson for several Lion's committees.

He is married to Dorrie Carr, retired former personal assistant for the past 16 years to the Commander of Madigan Army Medical Center, Ft. Lewis. They have three daughters and one son. 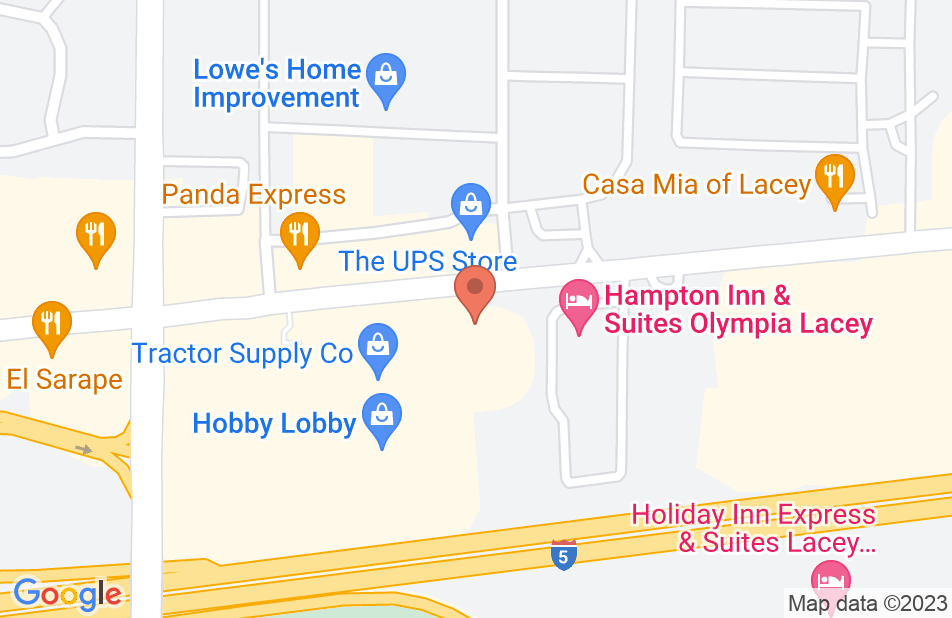 I hired the lawyer and the case is in progress, I am amazed by the way they treat you with dignity, call answered timely, wormly welcomed whenever you visit there office. Attentively lawyer who will listen to you and guide you with questions concerns. In whatever outcome of the claimI feel that I am at the right persons and will ask them to keep! Keeping on the excellent work.!!!!...
This review is from a person who hired this attorney.
Hired attorney

I had a very positive experience with this Law Firm. They actually drove to me in Shelton so that I wouldn't have to drive all the way to Olympia. From the GetGo, they have gone above and beyond for me and have been extremely helpful. Michael Montgomery was my attorney and not only did he fight for me, but he took the time to hear me out and was very empathetic and kind. Plus, it's a bonus that he's super hot and looks like Clark Kent :) Unlike other attorney offices, they actually return my calls in a prompt manner and they're great communicators, which is very important to me. Overall, I had a great experience and I was happy with my settlement.
This review is from a person who hired this attorney.
Hired attorney

Stacey Rex should have on her desk name plate " Your Advocate" . Always pleasant, always responsive and always professional. In fact going the extra mile more than once! I felt comfortable navigating the system process with Stacey leading the way. Never once did I think she had nothing but my best interest in mind. Could not have been more pleased with the process and the firm.
This review is from a person who hired this attorney.
Hired attorney

Harold Carr and his staff made sure I received the treatment to recover from my injury from a car accident. The insurance company offered a low settlement, so my case went to arbitration. I received a fair and reasonable award.
This review is from a person who hired this attorney.
Hired attorney

I was in 2 different car accidents only 4 months apart! Martin and Carr were able ti process my claim and get me the restitution i needed to proceed with my life. All i had to do was go to the dr and they handled the rest! I highly recommend to anyone who has an injury and would like to move forward after an auto accident.
This review is from a person who hired this attorney.
Hired attorney

I was in a bad car accident 2 years ago, the man totalled my friends car and tried to run away. I was sent to the hospital and from there received chiropractic therapy. I can say my back has never been the same, I wake up in the middle of the night and cry because of the pain. The only thing that has helped me though this process is my attorney. Him and his whole office have gone above and beyond to try and do everything they can to make things right again. I put my full trust in them. I can't imagine where I'd be with out my attorney. I am in good hands and I recommend him to anyone who needs help.
This review is from a person who hired this attorney.
Hired attorney

Hired this firm when my insurance failed to keep up with my medical/chiropractor recovery plan after my autoaccident. Satisfied with their work, their local offices, and their speedy reply to my questions and concerns.
This review is from a person who hired this attorney.
Hired attorney

When I was in an auto accident and I hired Mr. Harold Carr and his firm, Harold Carr and Brett Stetzner (who is also an attorney for Harold D. Carr P.S.), and their paralegal Angie Smith-Babbit, they all worked hard for me and are some of the most wonderful people I have had the chance to get to know. They are very caring and helpful. My case was settled after mediation, but they were ready to go to trial if they had to. I will recommend Mr. Carr and his firm of lawyers and paralegals. They do care and will help you.
This review is from a person who hired this attorney.
Hired attorney

The entire team at the office of Harold Carr is excellent. I received very professional representation from all staff, from Mr. Carr, my assigned attorney Ann Marie Evans, and his very caring staff. My auto injury case went through negotiation, arbitration (good award) and finally mediation after opposing team appealed the arbitration. At each step, Mr. Carr, Ms. Evans, and their entire legal team communicated with me to give me my options. I communicated my expectations clearly and Mr. Carr and Ms. Evans worked diligently toward my goal and settlement. Specifically, during mediation, Mr. Carr and Ms. Evans showed a masterful and experienced approach. Mr. Carr and Ms. Evans were able to come up with unique solutions, or legal "gymnastics" to get me the settlement that I deserved. I know that Mr. Carr's office made no great amount of money on my case, but I felt that they treated me and my case as if it was very important. I would recommend Mr. Carr and Ms. Evans to anyone looking for an attorney who will work hard to get the best settlement for the client.
This review is from a person who hired this attorney.
Hired attorney
See all reviews

I endorse this lawyer. I have worked for a handful of attorneys in the past 12 years, and Harold in one of the most compassionate, caring and knowledgable attorneys I have ever had the privilege to know. He works tirelessly for his clients and fights hard to ensure a successful resolution to their claims. And he works to instill the same values in his staff and the attorneys that work for him.

I endorse this lawyer. Harold is a great lawyer that provides excellent service to his clients. He is also very involved in the community and supports a number of organizations that do good work.

I endorse this lawyer. Harold has a tremendous wealth of information on how to handle personal injury cases. He is a gifted negotiator and a fantastic person and friend. He understands how insurance companies work and knows how to get his clients great results. I was very fortunate to learn under him for several years.

I endorse Harold. He is a highly skilled attorney that is well respected in the legal community.

I endorse this lawyer for his kindness, professionalism, and skill.

I have worked with Harold since 2005 and strongly recommend his practice. He is a lawyer of great integrity and skill. He always puts the interests of his clients first with sound advise and strong advocacy. Not only is he a great lawyer but he has also cultivated a great law firm with pleasant and professional staff that provide high quality service to their clients.

I strongly endorse Mr. Carr's work. He is well respected by opposing counsel because he knows what to expect. I've referred several clients to Mr. Carr and they have been pleased with his professional and resolution.