Blake Harris limits the scope of his practice to criminal defense to include pre-charging, pre-trial and trial practice. Mr. Harris has represented over 300 clients during all aspects of trial including, first appearances, sentencing hearings, jury selection and plea negotiations. He has written successful motions for suppression of evidence, material witness warrants, briefs and subpoenas. He has scrutinized police body camera footage and reports to find Constitutional issues to suppress footage and reports based upon improper procedures used by the police.

Notable cases include winning an Assault 4 DV case where his client allegedly hit his son and his client’s ex-wife took his son’s side. Mr. Harris was able to show that the ex-wife was lying because he introduced a recorded interview of the ex-wife, which differed from her testimony in court on where she saw the assault happened. He was also able to get an anti-harassment order dismissed showing that there was not a pattern of harassment.

Mr. Harris understands there are often ulterior motives when making unfounded allegations against the accused. Mr. Harris has honed his abilities to effectively argue these ulterior motives before judges and juries. He goes the extra-mile for his clients and responds promptly to his clients.

Mr. Harris is well-like and well-respected by his clients, colleagues, prosecutors and judges. This comes in handy when working with prosecutors to obtain favorable results for his clients. 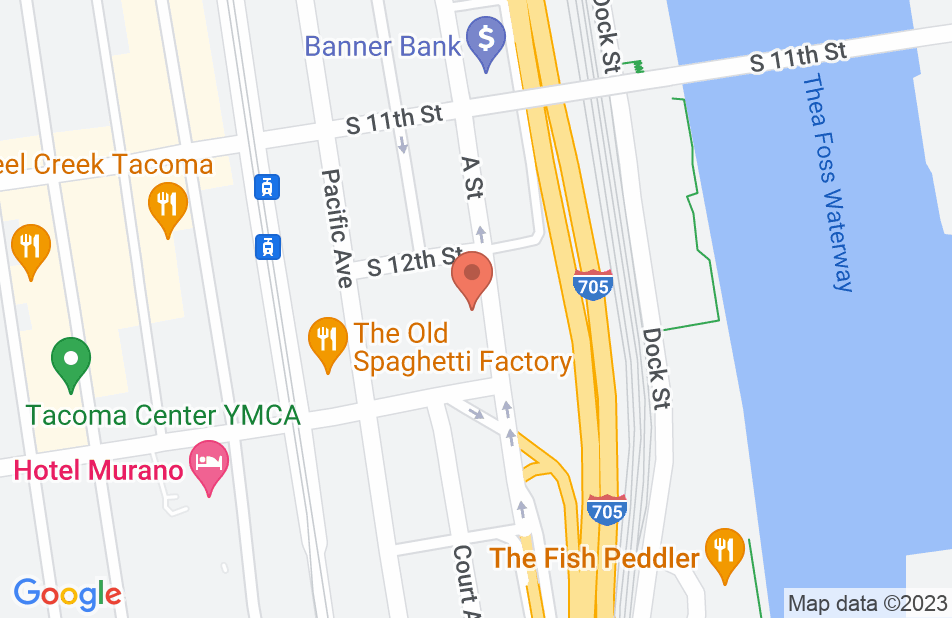 Blake Harris is phenomenal legal representation in Criminal Law and makes the impossible outcome...possible! He definitely exceeded my expectations and was extremely respectful and caring. When looking for legal counsel, please don't let age be a factor in deciding your criminal defense attorney. Blake is up to date with our current laws and works with an highly educated team with excellent communication skills. It's very beneficial having a young attorney because their educated and experienced with the most up to date laws. This is an important factor because we live in a judicial system that consistently changes state/federal laws daily, but Mr. Harris is extremely knowledgable with our most recent laws circulating in the judicial system. Blake is on the rise and exceeds my expectations by a long haul. He is well known in our legal system and is highly professional. If you choose Mr. Harris as your legal defense attorney and work with him closely, your final outcomes will exceed far beyond your expectations and you'll be very pleased with his services. Thank you dearly Mr. Harris for taking my case and helping me through a stressful time in my life. I now feel a peace of mind and I'm so grateful that I'm with my family. Also, i would like to thank you for helping our Veteran Community and Disabled Veterans. Blake helped me connect with other Veterans dealing with Post Traumatic Stress Disorder from Combat and with Veterans experiencing fetal injuries/illnesses caused by war. I'm so blessed that he steered me in the right direction for treatment and he reduced stress in my life substantially. I'm very grateful for his services and helping me achieve treatment goals when coming back from deployment. Again, thank you for your services helping our military community, disabled veterans and civilians. Blake dearly and truly cares about our brothers and sisters in arms. Blake will represent you with the highest standards, making our men and women in uniform a high priority because he respects anyone that puts their lives on the line of duty for our country. Don't hesitate and immediately seek his legal advice regarding criminal law.
This review is from a person who hired this attorney.
Hired attorney

Blake is a great attorney!

Blake was able to negotiate away my DVPO. He went through everything step by step and was easy to communicate with. I appreciate all his hard work and an beyond satisfied with the outcome he negotiated!
This review is from a person who hired this attorney.
Hired attorney

Blake is a magnificent lawyer, very reliable and dependable always answered any questions I had. Definitely got me the best possible deal without a doubt! Would 100% recommend Blake, he’s and awesome attorney wouldn’t hesitate to hire him again if need be!
This review is from a person who hired this attorney.
Hired attorney

I was charged with aiming a firearm. Blake was able to negotiate a deal where in a year those charges will be dropped. From the day first day I talked to Blake over the phone until even now he has made himself readily available to answer any questions I had throughout the process. There was never a moment I wondered what the next steps looked like.
This review is from a person who hired this attorney.
Hired attorney

Blake always listened to what I had to say then worked to see how he could help. He was kind, respectful and always incredibly professional. He will always put the client first.
This review is from a person who hired this attorney.
Hired attorney

Blake is extremely patient and respectfu . He was extremely helpful with my case and was willing to go out of his way to make sure his client is satisfied
This review is from a person who hired this attorney.
Hired attorney

After months of the state dragging my case out, Blake was able to show the different pieces of conflicting evidence and negotiate a dismissal. My life can finally go back to normal. Thanks Blake.
This review is from a person who hired this attorney.
Hired attorney

Blake was able to work out a reduction from a sex crime felony to a misdemeanor. I was confused throughout the court proceedings as this was the first time I had ever been in serious trouble, I was really appreciative of the constant contact Blake provided so as to clear any questions up along the way as well as the fact that he battled for me through this whole vase. He took every step possible to ensure that I got the best outcome and I am more than grateful for all the work he put in. He gives a sense of reliability and peace and will work with you from the beginning till the end, even after your case is over! No doubt my life could’ve been ruined but Blake helped me have a second chance at life and continuing my career! If you have any doubts or uncertainties, Blake will help! Blake will get it done for you!
This review is from a person who hired this attorney.
Hired attorney

Blake was able to get my case dismissed. Now I can apply for permanent residence. Thank you Blake.
This review is from a person who hired this attorney.
Hired attorney
See all reviews

Blake is a dedicated, compassionate advocate and I endorse this lawyer.

I've seen Mr. Harris practice in numerous jurisdictions, and I've observed him to be a knowledgeable, compassionate, and personable attorney. I endorse Mr. Harris.

Blake Harris is an outstanding attorney. He's diligent, driven, and genuinely cares about the people he serves. Blake will fight to get you the best outcome possible. I highly endorse this lawyer.

Blake is an awesome attorney and I really enjoyed working with him in the past. He is very knowledgeable, respectful, and professional. Blake is also very fluent in Spanish so that is a plus! I would definitely work with him again.

I endorse this lawyer. He works tirelessly on cases and is always willing to go the extra mile for the defense.

Blake is a skilled negotiator and trial tested attorney who works tirelessly for his clients. He is calm under pressure and knows how to handle difficult situations. I highly endorse this lawyer.

Blake is a great attorney who cares very much for his clients. I've seen him in court on numerous occasions and he is always a prepared and effective advocate. I endorse this lawyer.

I endorse Blake wholeheartedly. He is the perfect combination of aggressive representation in the courtroom and compassionate counsel in the office.

Blake is an excellent attorney who will fight for the rights of his clients. He is empathetic and listens to his clients and always has their best interests in mind. I highly endorse him.

Blake has shown himself to be an exceptionally bright, creative and hard-working attorney. He will often come into my office to discuss a theory or idea and I find myself wishing I had thought of it. He also throws himself into difficult cases without hesitation and handles complex matters deftly. Blake is a lawyer you want on your side, and I give him my highest endorsement.

Blake is a fantastic advocate who cares greatly about his clients. He works diligently to investigate each individual case and secure the best outcome possible. I endorse this lawyer.