I am the third of four children born to Sesinando (from Burgos, Pangasinan, Philippines) and Lourdes (from Aparri, Cagayan, Philippines) of Renton, Washington and St. Anthony Parish. I attended preschool in Quezon City.  We then immigrated to the U.S. in 1974 and lived in the Rainier Valley in Seattle for several years before moving permanently to Renton.  My father worked during the day as an accountant, while my mother worked at night as an registered nurse, while the four kids tried to stay away from trouble at school. Eventually, all the children finished school with accounting degrees, but the third one couldn't cut it as an accountant.  One day, I learned that my father was a corporate lawyer in the Philippines, and that my mother was able to obtain a work visa as a nurse to come to the United States.  She filled out the work visa application on her own. So it was my destiny to become an immigration lawyer, to help others, and I love what I do. 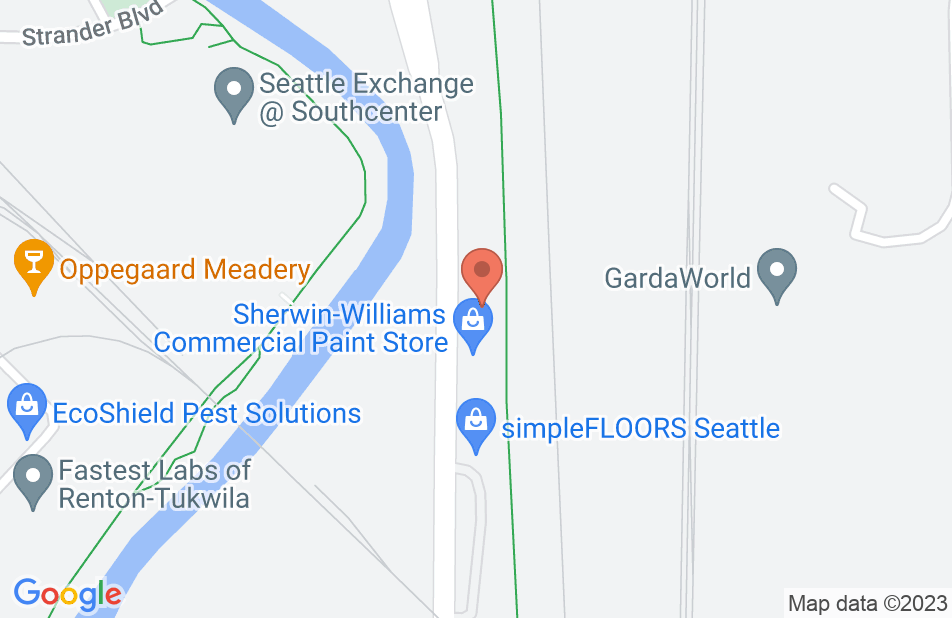 I hired Mr. Cantor on my very complicated case and this decision has changed my life forever. HE IS REALLY A LIFE SAVER!! Not only he was extremely knowledgable, he truly cared about his clients and their successes. He could be a little uncomfortably straightforward sometimes, but he only wanted the best for his clients. He knew he was good, therefore he was very confident and he took pride in all everything he did. The fees were very reasonable, too. I have to say I am forever grateful, and can't thank him enough for helping me with my difficult case. Please don't miss out on Patrick, when it comes to immigration, I assure this is your to-go lawyer :)
This review is from a person who hired this attorney.
Hired attorney

the best immagration lawyer in washington!

What amazing experience. Patrick Cantor is a great lawyer that cares about his clients. Very knowledgeable and works hard to win his clients cases it doesn't matter weather the matter is hard or easy. My wife and I was recomended to use him by a family member. We scheduled an appointment and a couple days later we are sitting face to face with Mr.Cantor. With his diplomas hanging proudly on the wall and piles of paperwork in every corner really gave a sense how many people trusted him with their immagration matter. He was direct and straight to the point no bullsh*%. The correct papers we needed and what we needed to do. His expert advice and his thoughts about our matter. Gave me and my wife the confidence that the only lawyer that should be handling our matter is Patrick Cantor. Patrick thank you. 2 thumbs up

Atty. Patrick Cantor processed my immigration papers. When i was scheduled for an interview for green card, i was so anxious and nervous. Patrick eliminated that feeling. He is so knowledgeable, informative, and most of all honest. He guided me through the process until i received my green card. I'm so bless to have him as my lawyer and looking forward to hire him again in the future. Thank you Patrick and also to your staff for a job well done.

Atty. Cantor was the one who helped me petitioned my wife. He is very honest and straight forward with every information he wanted me to know. My wife is here in the United States because of him and his hardworking staff. The one thing that STANDS OUT to me is no matter how busy his schedule is, he will find a way to reach out to you. I will definitely hire him again to process my wife's 10 year green card. I would happily say that I'am VERY SATISFIED with his services. THANK YOU SO MUCH Patrick !!!

Atty Patrick Cantor the best atty that you ever had in united states.He is very excellent doing his job.Finally my paper work already done because of him I recommend this atty.he treat very good and very nice to me and his all client I rather have to comeback again for my citizenship.Thank you so so so much atty.patrick cantor because of you my son and I had a permanent card finally 3yrs waiting and now already with my hand Thank You and more Power Sir..

I was referred to Patrick, a reliable immigration attorney by a very good friend of mine. When I met him the first time, he was blunt and honest. He laid out all of my options and any good and bad possibilities of my case, which I like that. I rather be informed the bad side than promised something that might not even happening. Right from very beginning, Patrick states that honesty is really important. He wont do any case when a client is trying to commit some fradulent acts because he doesnt want his client be in trouble and not succesful in getting their case approved by the immigration. He is very busy lawyer but Patrick always have time for me. He keeps his words whenever he says he will call me back. He also willing to take my appointment over the weekend so that he can fit in with my schedule and he make sure everything is taking care of promptly. He is also a good listener. Besides discussing my case, he also willing to listen my other problems in life, as we all do. So during the course of my case we build a good relationship. He pays attention to details, double check the forms, files, immigration updates, etc. He does very good job in preparing his case. For some people, it maybe little difficult to deal with his bluntness, but trust me, Its worth the money you spent. At the end, you are the winner, your case will be approved, and your life will be better to achieve the american dream with the green card in your hand!! Just like he did to me. Thanks Pat!!

I hired Patrick many years ago when my immigration status was in dire straits. He was very assuring on my marriage case, assuring me that since I was honest, and I had nothing to hide, that the USCIS would grant my waiver case, and they did. I have referred him to other relatives recently, and they are very happy with him.

Patrick was my lawyer when I had immigration problems, but because of him I am now a U.S. citizen and I have hired him to petition my father. I had a lawyer before him, but once I paid money to my first lawyer, it was hard to get a hold of him, and so I would only be able to talk to an assistant or receptionist....with Patrick, he was always accessible and he always returned my calls....I admit that I was a difficult to get along with, and I had an immigration history of not being truthfull, but from the very beginning he was very direct with me that no one, including him and the immigration officials that I would be interviewing with in the future, would take my history lightly...whenever I tried to minimize what I did, he always put me back into my place, that honesty was the best policy, that I had to admit when I am wrong, improve myself and prove to the immigration that I was deserving of the benefit for which I was applying for. As I continued to work with Patrick, I saw that he could be very direct and blunt, and I can see that he did not like to help people who wanted to continue with their lies if they had lied in the past, or if the person was minimizing what wrong was done in the past...Patrick explained to me that there are many waivers or pardons available, and that honesty is the best policy...when it came time for my interview with immigration, the immigration officer told me that he appreciated that I had admitted my wrongdoing and did not try to hide it at all, and my application was approved.

He as helped our family. First with my dad's citizenship and then helped my mom, my brother and I get our green cards. Later we referred my uncle; he also helped him with his citizenship and to bring my aunt and my cousins to the U.S. He is very professional and has always been honest about everything. The only issue, which is extremely minor, would be the paralegals his office chooses to hire. One of the paralegals was very rude and not very professional; she was working with on my uncle’s case and made a mistake that delayed their immigration process a lot. We had to work with her a lot as she was the bilingual paralegal. Fortunately, Patrick was able to fix that issue. Additionally, she was always extremely rude to my aunt when she would call his office and ask for him, I think she took advantage of the fact that my aunt needed her for translating. So I had to start calling his office for on my aunt's behalf whenever she would need anything from his office. It has been long since we worked with Patrick and I don’t know if this woman still there. Hopefully she is not, because she ruined the very good experience we had experienced with Patrick before she was hired.

Very reliable and gets the job done

He has helped me out with a variety of concerns including immigration for citizenship and helping family members to receive passport and visas. He is very thorough and he pays close attention to detail. He is always willing listen to my concerns and provides a lot of advice. I highly suggest him to anyone looking to become a citizen because he has a lot of knowledge in the area and many successful outcomes! I am now a citizen and loving it!
See all reviews

Patrick Cantor is a skilled, responsive and experienced immigration lawyer whom I wholeheartedly endorse. He is an excellent choice.

I endorse this lawyer. Patrick is smart, hardworking, diligent and effective in handling immigration matters. I have known him for over 16 years. As a criminal defense attorney, I often have questions regarding the consequences a legal conviction may have on my client's immigration status--Patrick is the first person I call and he has always been able to help me. Additionally, when I was starting out as a lawyer I initially practiced immigration law and Patrick was the one who mentored me in the area and answered my many questions. I highly recommend him!

I endorse this lawyer. He is brutally honest and straightforward. He thinks of others before himself. He respects the law.

I endorse this lawyer's work. Pat Cantor is highly respected in the Seattle legal community. His success for his clients is well known.

I have known Patrick Cantor since 2003, when I was working as a Canadian immigration lawyer in a very busy immigration law office in Seattle. In 2008, I had the opportunity to work at Patrick's office as a contract attorney. Patrick Cantor is a wonderful attorney with a sound knowledge of immigration law. He has been very helpful to me and has provided me with support on very complex issues related to immigration law. Patrick is very devoted to his clients and work. He always provides outstanding legal representation to his clients and the cases he handles have a high rate of approval. Therefore, I refer Patrick all my clients dealing with deportation and asylum because of his vast expertise in that area. I fully endorse Patrick Cantor and his work.