Anne practices solely in family law. She earned her law degree from McGeorge School of Law at the University of the Pacific. Anne started her legal career as a public defender, honing her trial skills, and eventually transitioning into private practice handling family law matters. Anne understands the value of close client-attorney relationships. She gets to know each client on a personal level in order to better represent them. As a highly knowledgeable attorney, she always provides each client with all the information they need to make decisions. 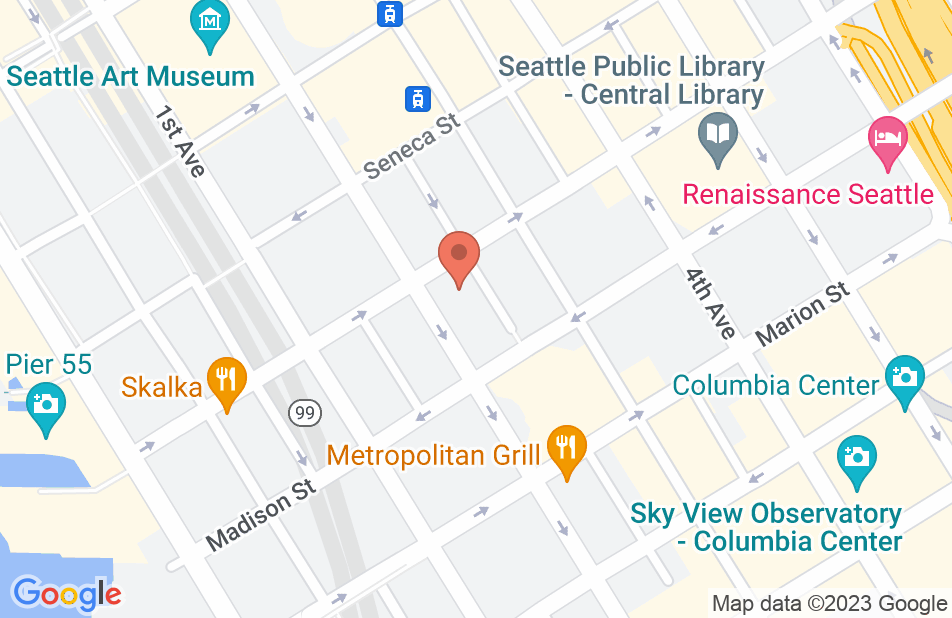 Anne Wakefield is a gem. She understands how to hold your hand through divorce and creating parenting plans-- which can be one of the most difficult processes of your life. Anne was quick to respond, efficient, extremely knowledgeable and kind. Don't underestimate her, though, she was tough when she needed to be. I would highly recommend and trust Wakefield Legal with any legal needs in the future.
This review is from a person who hired this attorney.
Hired attorney

Anne is a very reliable, caring, and strong attorney. Throughout the time she represented me in a parenting case, I was impressed with her dedication to getting results and professionalism. During the initial consultation she listened with empathy, then worked tirelessly with me to prepare the best for every hearing and negotiation. Throughout the legal process, even during setbacks, she was focused, honest and positive. I'd recommend Anne to anyone in need of an attorney who sincerely cares and fights to obtain the best possible outcome.
This review is from a person who hired this attorney.
Hired attorney

Anne was able to help me through a difficult process. She made sure everything was resolved keeping my best interest in mind. The whole process was done quickly and I was kept up on the status along the way.
This review is from a person who hired this attorney.
Hired attorney

Couldn't have asked for a better lawyer

Anne Wakefield was the fifth or sixth lawyer that my husband and I contacted after being served with a DVPO that was filed in an effort to have my husband lose custody of his child. No one who hasn't experienced being falsely accused of something they didnt do could understand the fear and confusion we were experienci due to by the outrageous claims made about my husband, and had no idea what to do. When we met with Anne we knew immediately she was the lawyer for us. She listened to our complicated story intently, showed immense compassion, and most importantly immediately knew how to handle the situation. We also really liked that she previously was a defense lawyer. She represented my husband as he dealt with the DVPO, police, and CPS. She collected a dozen or so declarations of people who knew us and knew that these allegations were ridiculous. She prepared a new parenting plan proposal and got everything ready for court. Between hiring Anne and court she called or emailed us nearly every day. She always promptly returned our phone calls and emails, and she always explained to us WHY she was recommending what she was. She was always clear, confident, and had our best interest in mind. On the day of court to challenge the DVPO, Anne was a rockstar. She had complete command of the courtroom and represented us so well. The DVPO was immediately dismissed and I am convinced this is because of all of Anne's hard work. Later Anne also helped us with another new parenting plan, and revisiting schild support. Anne is also very fair and transparent when it comes to fees. Whenever the work needed to be done could be done by a paralegal at a lower rate, she always billed less. I never felt like she was just out for our money, unlike other lawyers we talked to. And when it became clear that we would be able to settle outside of court, Anne was completely supportive. Many lawyers would pressure clients to continue to retain them to make more money, but Anne was genuinely happy for us that we could find a resolution that was easier and less expensive for everyone. Anne Wakefield and her team are worth every penny that we paid. If I could do it all again, the only thing I would change is I would have interviewed her first so we could have hired her on Day 1.
This review is from a person who hired this attorney.
Hired attorney

I have been blessed to have a family law attorney as skilled as Anne. She has consistently represented me through the years. Our family is grateful for the work she put in to ensure balance and fairness. Most recently, I am now finding myself in need of additional representation as lives change, children grow up. She is a source of realistic intentions and motivation to get what we need in order to maintain a sense of normalcy. Her most recent plan of action has led to a more civilized approach that I wouldn't have thought to explore. We may not need a court decision after all. Her guidance on the issues at hand have led to a more cohesive and compromising decision making process. Thank you, Marchelle
This review is from a person who hired this attorney.
Hired attorney

Anne was very thoughtful and helpful when it came to advising me on the process of filing for my divorce. I felt she really took the time to listen to my story, and gave me practical advise and direction on my next steps. She explained the entire process and helped me understand my options. During such a difficult time in my life it was so nice to talk to someone who understood my situation and could point me in the right direction. Anne is truly a genuine attorney who looks out for her clients best interests. I trust her completely and recommend her to anyone looking for an attorney who is honest and who will deliver results.
This review is from a potential client who consulted with this attorney.
Consulted attorney

I was referred to Anne by a mutual friend of ours when I was first starting my divorce. Anne was very quick and responsive to the initial emails that we sent and was able to schedule a consult at no charge within a week. I met at her office in Downtown Seattle where she walked me through the process of my paperwork and we had an honest conversation about if I really needed an attorney. My case didn't involve a lot of shared property or debt, so it was a pretty clean break. Anne was very thorough and made me feel like I could handle the case on my own, so ultimately I filed my paperwork without an attorney. During our consult we walked through the dissolution procedure and what I should expect. In addition to that, I had some follow up questions I sent her a few weeks later that she happily answered via email, not billing me for any of the information she provided. All in all, she made me feel very confident that I could handle the case myself, but if my situation were more complex, I would not hesitate to hire Anne. I highly recommend Anne! Thanks for all your help!
This review is from a potential client who consulted with this attorney.
Consulted attorney

Thanks to Anne's solid legal advice, I was able to overturn a driving license suspension and lower the fees for a traffic ticket. I would have spent countless hours navigating the legal system on my own and hundreds of more dollars in fees. She is trustworthy and professional and I would highly recommend her services. Thanks Anne!
This review is from a potential client who consulted with this attorney.
Consulted attorney

Anne helped me navigate an extremely difficult situation. I really appreciated her ability to truly listen to my concerns and then to think creatively about how best to address them. I was also impressed by Anne's professional yet firm manner with the other side's attorney. It was very effective. Thank you, Anne!

Last month Ms. Wakefield represented my family in a predicament involving our 17 year old son and one too many traffic tickets. Not only did she have the necessary experience, enabling her to give us solid guidance, but she also presented herself in a professional, timely and self-confident manner. She knew exactly what to do, taking the initiative, and negotiating with the Court for a very good outcome. Should the need ever arise, I will most definitely hire her again!
See all reviews

I endorse this lawyer. I have enjoyed working with Anne on the few cases we had against each other. She is professional and knowledgeable; not overly aggressive. When I cannot take a case because of a conflict; I refer the client to her because I know they will be in good hands and won't be taken to the cleaners. She advocates effectively for her clients.

Anne is a fierce and attentive litigator who strives to ensure positive results for her clients.

Anne is knowledgable and committed to her clients' cases. She is also easy to talk to and respectful. I regularly recommend her to folks seeking a family lawyer when I cannot take a case, and I am happy to endorse her.

I endorse this lawyer. Ms. Wakefield is an exceptional advocate for her clients. I've seen her go to bat for her clients and make sure their voice is heard in court.

I had the opportunity to see Anne in practice on a regular basis. She was always very prepared and her care and concern for her clients was always very apparent. I would feel confident recommending someone trust her to handle their most important cases.

Anne is a zealous advocate for clients. She works hard to protect her clients' interests and give them guidance through the litigation process.

As a fellow criminal defense attorney, I highly recommend Ms. Wakefield for her compassion, dedication and expertise in this area of law.

Anne Wakefield is an excellent attorney and counselor at law. She is impassioned and cares deeply for each of her clients. Anne has the skills to take a case all the way through a jury trial. I often refer clients to Anne because I know that she will give 100% and offers excellent client service.

I endorse Anne. The representation that Anne provides to her clients is truly unique. She shows tremendous compassion towards their circumstances, but yet advocates effectively on their behalf. She is an excellent attorney.

I know Anne through the Gerry Spence Trial Lawyer's College. She's an excellent advocate and fights hard for her clients. I whole heartedly endorse her and gladly will refer clients to her for criminal matters.

Anne is always willing to spend extra time with clients and I frequently find her going to lengths on a case that many other attorneys would not. She is persuasive in front of judges and juries. I'm sure I will be referring more clients to her soon!