As a Presidential Scholarship recipient, Bret received his law degree from the Seattle University School of Law.  In addition to his law degree, Bret holds a bachelor’s degree in evolutionary psychology and master's degree in psychology.  Recently, Bret was honored to have his law office admitted into the Seattle University School of Law "Incubator Program" for its inaugural year.  Empowered by this amazing new program’s support, Bret is proud to be able to offer sliding scale pricing mechanisms aimed at broadening his accessibility.

After law school, Bret held an associate position at a small Seattle immigration firm where he benefitted from working with a diverse client base and gaining experience in the courtroom.  In 2013, Bret struck out on his own so he could focus on the direction he wanted his legal career to take.  As he had successfully started and run a business prior to attending law school, he was excited to start his own firm in this thriving city.  Bret also sits on the board of a local non-profit public charity.

Outside of work, Bret enjoys spending time with his wife and twin daughters, cycling, scuba diving, snowboarding, rafting, and just generally getting into the wild outdoors whenever he has the chance. 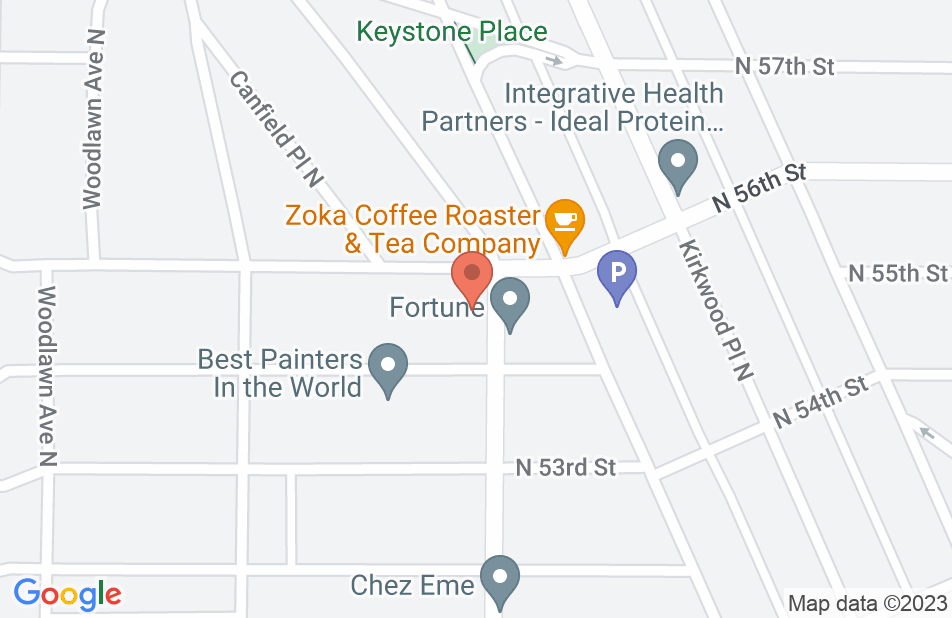 Bret is an outstanding professional. He took on my case and guided me through a complex legal system with professionalism and a fair dose of reality. When I was afraid, he researched my concerns. When I was curious, he answered me quickly and with excellence. When the case ended, I felt well represented and I truly had a partner on my side the entire time. I'd highly recommend him for business law and financial litigation.
This review is from a person who hired this attorney.
Hired attorney

I had the pleasure of working with Bret when he reviewed all of the documents for the close of a condominium purchase. He was provided clear analysis through the review of our sale agreement, resale certificate, and closure agreement, and at times did so on short notice. He made the process easy, and gave me peace of mind that I wasn't falling prey to any contract "gotchas". I would recommend him to a friend.
This review is from a person who hired this attorney.
Hired attorney

A light at the end of the tunnel

I proudly stand behind Bret, his moral values and genuine concern for his client, both short and long term. He made sure I was not only aware of the reward, but also of any consequences in the matter while still proving to steer me in the most educated and best direction. I reached out to Bret last minute, and since our very first conversation he dedicated his time, knowledge and legal assistance with such honesty, modesty and integrity. The way he stood behind his work really made me feel comfortable and at ease with such a stressful situation. On top of his positive and personable attitude, quick turnaround and successful results, he's been 100% on point with his follow ups and resolution between myself and the other parties. Since meeting Bret, I've found the light at the end of the tunnel. Thank YOU, Bret!!

I can't say enough good things about my experiences working with Bret. I've hired other attorneys in the past for other business matters, as well as a personal injury case, and Bret was far and away the best attorney I've ever worked with. His pricing was extremely fair. The letter I needed him to draft addressing a simple legal matter was very straightforward and likely took about an hour. However, other attorneys I received quotes from tried to turn the request into a far bigger job with additional billable hours, claiming they needed to research the situation, so they could charge me four times as much. Bret happily took on this small job, treating it with as much respect and timeliness as any other request for his assistance. He really went above and beyond showing that he appreciates all his clients, not just the ones with deep pockets. In addition to being very professional and extremely personable, it's clear that Bret wants the best for his clients and strives to ensure they're treated fairly in his office and in any legal proceedings he's assisting with. I've already recommended this attorney to others and he'll be the first person I call if I ever have another matter that requires legal assistance.

He did a very professional job on writing up Living Will documentation for my husband and I. We needed the documents created and notarized before leaving town, under a very short time frame. He sent us a user friendly electronic questionnaire and was happy to answer all questions I had while filling out the forms. He was also very patient while sitting down with us and explaining the finer points of the documentation, at the same time educating me on "lawyer lingo" as well as any "what if" situations. I feel very comfortable that the living will was done professionally, and have peace in knowing if something happens to me my last wishes will be taken care of appropriately. I would highly recommend his services to anyone!

My wife and I were going on vacation for the first time without our son. We realized, fairly close to our departure date, that we should have a will should anything unfortunate occur to protect our son. Bret was able to help us navigate constructing our will and last wishes which left us with great piece of mind. He answered all our questions and was very thorough from start to finish. We have already recommended his services to some of our closest friends.

Successful experience with Bret on my asylum case

Bret worked on my asylum case. From the very beginning he gives the impression of a man who can be trusted. He is very knowledgeable about what he is doing and pays attention to all details. Every time when I missed understand something, Bret replied to me in a short time and explained everything what should be done from my side. His advices and guidances helped me a lot at the hearing and gave me a clear idea what will happen in court. I'm glad to recommend him as a professional lawyer.

I have had the pleasure of working with Bret Sachter and I would highly recommend him if you are seeking legal advice or representation. Bret is professional, punctual, and extremely knowledgeable in his field. He definitely cares about his clients and his or her best interests. It's not often that you find someone as dedicated and genuine as Bret.

I am an injury lawyer and often refer my own clients to Bret Sachter when they need assistance with business matters, trusts, wills, or estates. I feel comfortable sending my clients to Bret because he is a competent, diligent attorney who works hard for his clients.

Bret is incredibly knowledgeable with regard to business law matters. He is my go-to resource for information about creating (or winding down) a business entity and how to resolve business disputes. I highly endorse him!

Bret is a friendly, caring and loyal representative for his clients and their businesses. His representation is marked by an exceptional quality of insight and legal knowledge. I wholeheartedly endorse Bret Sachter.

I enthusiastically endorse this Bret. In my interaction with Bret, I have found him to be a thorough, and thoughtful attorney who is concerned with his clients' experience more than your average attorney.

I endorse this lawyer. Bret is bright and thorough in his handling of legal matters.

I heartily endorse Bret. He is conscientious, enthusiastic, and will go the extra mile to meet his clients' needs.

Bret Sachter is an outgoing and talented lawyer. He has an excellent handle on small business and corporate matters, and he is an incredible and detail oriented individual to work with. Bret is the one I call when I have questions about small business issues. I wholeheartedly endorse Mr. Sachter!

Bret is a very conscientious and hardworking attorney. I refer friends and family to him for Estate and Business matters.

I endorse this lawyer. Mr. Sachter is a fantastic attorney. He has the skill and determination necessary to make him successful.

Bret is a smart and determined attorney. I endorse this lawyer.

Bret Schter is an intelligent, passionate, and hard working attorney. His knowledge of the court system and the many finer points of immigration law make him a great choice for anyone in need of representation.

I had the pleasure of studying at Seattle University School of Law with Bret Sachter. Mr. Sachter earned a reputation as a hard worker and an exceptional legal advocate. I highly endorse this lawyer.

Omar Nur, Immigration Attorney on May 4, 2013
Relationship: Worked together on matter

Bret Sachter is a knowledgeable and talented lawyer. He has an excellent handle on immigration matters, and he is an incredible individual to work with. Bret is the one I call when I have immigration issues. I gladly endorse this lawyer!