I am a native of Seattle.  I practice exclusively in family law in King and Pierce counties.  In addition to being a practing attorney, I also sit as a Commissioner Pro Tem (temporary commissioner) in King County.  In Pierce County, I also sat as a Commissioner Pro Tem from 2015 to 2016.  I limit the number of cases that I will take at any one time.  The quality of my work and achieving an efficacious outcome for my clients are my primary focus. 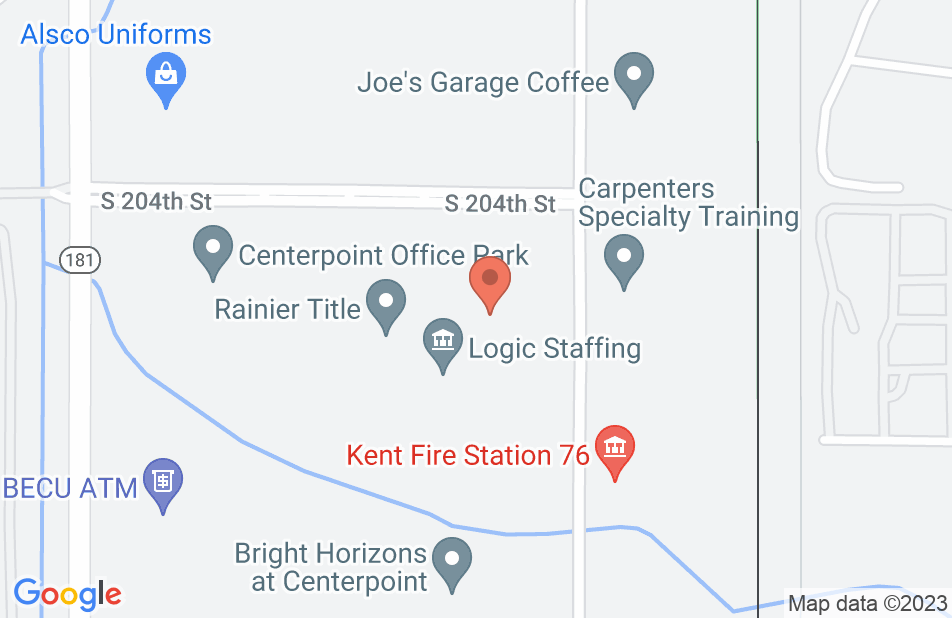 Choosing a divorce lawyer is a decision I didn't want to make but had to. It was a decision i didn't take lightly because counsel  represents me and i wanted my lawyer's conduct, argument, presentation, and strategy to reflect how I would try the case. After interviewing and consulting a handful of lawyers, the decision to have Mr. Gouras represent me was an easy one to make. Now that the trial is over and divorce final, I can fully endorse Mr. Gouras for helping me realize all 3 of my legal goals, the primary one being awarded 50/50 custody of my child. A part of the outcome was a function of the facts which Mr. Gouras honestly and candidly assessed during our initial consultation. The next element was his directions to me through the various stages of the divorce process. At times I had certain ideas about what we should do and Mr. Gouras patiently educated me based on his years of experience. Most importantly was how Mr. Gouras used the facts, my conduct during the temporary orders, responding to the other party, and his experience to craft and present compelling arguments before the court.  Mr. Gouras made me feel thoroughly prepared and in control during the 18 month custody battle. Of course we could only control our side of the street but our side was clean. A divorce, like a marriage,ends when one party is done. My case required a judge to tell the other party that it is over. Hopefully your case won't end in trial but be assured that if Mr. Gouras is representing you that he will treat each stage with effective and efficient precision. I have a lot of tattoos and  there is a saying that "Good tattoos aren't cheap and cheap tattoos aren't good". There are lots of parallels between working with an expert custom tattoo artist and an expert divorce attorney but the most obvious one is that the end result is something you will live with for a lifetime. I have no regrets on my choice of tattoo artists or my choice in Mr. Gouras as my lawyer. The divorce (like a tattoo) was painful but I had complete confidence in my professional who turned a scar into a piece of art. Thanks to Mr. Gouras and Ms. Solomon.
This review is from a person who hired this attorney.
Hired attorney

The Best in the Business

If you are getting divorced and looking for a great attorney then your search is over. Mr. Gouras is that topnotch attorney you will need. Mark and his staff gave me all the advantages possible to win in a divorce. His knowledge of family law and his understanding of the court guided me through the maze. He knows what the judges want and how to present your case to them. My case involved two children and disputed property. In the end, I got the time I wanted with my kids and the issue with the property was resolved in my favor. My now ex-wife went through three different attorneys, so I saw some of the possibilities in representation. I witnessed firsthand the importance of having a good lawyer. I am so thankful I chose Mark Gouras as my attorney.
This review is from a person who hired this attorney.
Hired attorney

Mark knows his stuff! He informed me of the laws and process all the way thru my divorce. He helped me prepare an accurate, concise and precise response to my ex spouse which enabled me to obtain a judgement for money owed to me. His legal team helped me in preparing supporting documents needed to prove what money was owed to me. He followed thru until the case was complete.
This review is from a person who hired this attorney.
Hired attorney

Mr. Gouras was incredibly helpful during the process of creating a parenting plan in a contentious situation. He listened well and gave excellent feedback. He allowed me to say what I needed to say and both he and his paralegal, Morgan, were very helpful as guides through the court process. Professional, ethical, incredibly organized with excellent strategic thinking... I could not have asked for better representation at a very difficult time in my life.
This review is from a person who hired this attorney.
Hired attorney

Mr. Gouras is very experienced and very knowledgable and guided me through the process with clear instructions and kept everything moving very smoothly. Highly recommended !
This review is from a person who hired this attorney.
Hired attorney

I hired Mr. Gouras for my custody. Mark is very patient and a good lietener, straight to the point to let us know what chances we had. Mr. Gouras communication was excellent as English is not my first language Mr. Gouras is well spoken and really effective in my hearing effective that he had the grandmothers case dismissed and I had my son within that same hour. I'm extremely Great full to Mr. Gouras he exceeded my best case scenario. He's a very good lawyer I would recommend him to anyone needing a good lawyer.
This review is from a person who hired this attorney.
Hired attorney

Mark is my second lawyer and I am very grad that I had him as my final lawyer during my divorce/custody process. It is a high conflict divorce with the false domestic violence against me. Mark always put my best interest in his mind and treated me with respect. He spent time to understand my position and the opposing party's intention to develop a strategy handling my case carefully. Mark is very helpful in the mediation and saved me a lot of money by avoiding the trail. He helped me get the best outcome from the custody of my son. I cannot say more good words about him. He is the best!
This review is from a person who hired this attorney.
Hired attorney

I would highly recommend him to anyone who just wants to get through a divorce fairly. Also would like to recognize the great assistance provided by his paralegal Morgan who is a great asset to his office.
This review is from a person who hired this attorney.
Hired attorney

Ton of experience and solid character

I approached Mark for legal counsel when I was threatened and forcefully evicted from my home. Mark became my ally right from that moment and guided me through the entire legal process until final orders were signed. Mark stood up for me when there were threats on my immigration status and masterfully refuted all the false allegations. Mark is very ethical when it comes to his time, fees and most importantly, the truth. Family court in some ways, is a liar's paradise and it can be very tempting to cave in to the lie fest. In my case however, Mark upheld integrity in his work, the firm, me and also in interactions with the opposing party. When you work with Mark, you not only get an experienced attorney, you also get an experienced judge because Mark often serves as a temp commissioner. That is a great asset because it also emotionally prepares you for the hearings and outcomes. He is aggressive when necessary and even keel otherwise. You won't get flamboyance if that's what you are looking for. Ton of experience and solid character is all that one needs in an advocate, for one of the hardest periods in life. Thanks to Mark, I have 50-50 custody of my daughters and can focus on just being the best dad for them.
This review is from a person who hired this attorney.
Hired attorney

There is no single word in English to describe Mr. Mark Gouras and his legal proficiencies. Mr. Gouras expertise, knowledge, attitude, and performance is what you need in the courtroom when dealing with an aberrant opposing person and odd circumstances. Mark constructed an amazing parenting plan with limitations which serves our children's best interest and welfare. There is one word: Arete. Whereas, Mark is a person / Lawyer of the highest effectiveness. When challenges arose with the opposing party, Mark always had a beneficial solution which served the best interest of our children. When I was discouraged and somewhat flatlined Mark was always a strong listener and gave me wisdom. When circumstances changed, sometimes within hours, Mark was flexible and always available. I refer to Mr. Mark Gouras as my "OveGlove", my "Forever Lawyer”. I would give Mr. Gouras 100 marks out of 100 but no one would believe me so I'll make it 99 out of 100. Thanks for everything Mark!
This review is from a person who hired this attorney.
Hired attorney
See all reviews

I have worked on opposing sides with Mr. Gouras. Mr. Gouras is hardworking, honest and compassionate towards the needs of his clients. I highly endorse his work.

I endorse Mark has a highly knowledgeable and effective advocate.

Deborah Gordon, Divorce and separation Attorney on May 8, 2013
Relationship: Fellow lawyer in community

I endorse this lawyer. I first met Mark Gouras when we were opposing on a family law case. He conducted himself with integrity and impressed me with his knowledge and skill. We have been partners for several years and my respect for him has grown. He is dedicated to his clients' needs and keeps abreast of the constant changes in family law. He is a fine litigator and negotiator and his clients benefit from his skill.

I endorse this lawyer. I have worked opposite of Mr. Gouras in numerous matters. I have also had occasion to refer clients to him when I have been unavailable or due to potential conflicts of interest. He is honest, respectful, knowledgeable and professional in every regard. He and I have always endeavored to achieve fair and equitable resolutions for our respective clients, thereby saving thousands of dollars in fees and costs and achieving a result which would fall within the range of a likely trial outcome. Those clients who I have referred to him have, to a person, reported that they were well served by Mr. Gouras and his competent staff. I would have no hesitancy whatsoever in recommending his services highly.

I endorse this lawyer. I have had several cases where Mark is the opposing attorney over the last 10 years. In each case he handled the matter professionally and represented his client's interests with passion and excellence. I would not hesitate to recommend Mark to someone on a family law matter because I am confident they would be in good hands.