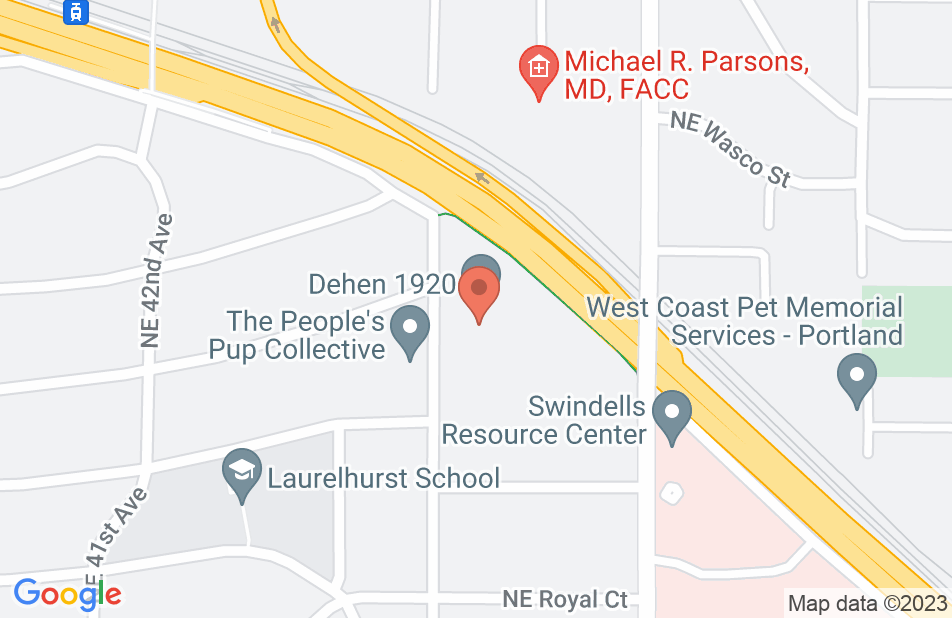 Michelle Freed helped me resolve my issue quickly and professionally. A subrogation service was asking for money to settle an insurance claim after a car accident. If I hadn't hired Michelle, I would have paid much more and perhaps not ever legally gotten a resolution to my case. I even got a check back for monies that were not used from the retainer.
This review is from a person who hired this attorney.
Hired attorney

I consulted Michelle Freed regarding sizable credit card debt/possible bankruptcy. She reviewed my circumstances efficiently (and sympathetically) and offered advice in plain english. I especially appreciated her calm demeanor. I would certainly recommend her.
This review is from a potential client who consulted with this attorney.
Consulted attorney

Michelle and her team have been fantastic to work with over the last 5+ years. Her knowledge of the law is extensive and she always gave good advice. She helped me navigate the legal system and all the intricacies of a chapter 13 bankruptcy over 5 years. A lot can happen financially during that time, and she always responded very quickly to my questions (even the really dumb ones). She was patient, and explained everything in detail, including all my legal options. The office staff is also very friendly and professional. During a very scary and stressful time she gave me reassurance and went to bat for me when I needed it. I would highly recommend her services!
This review is from a person who hired this attorney.
Hired attorney

Michelle handled our Chapter 13 filing. She answered all our questions, and was able to communicate any concerns or questions to the court. She also helped us deal with unlawful attempts of collection during our bankruptcy, and other misrepresented correspondence. Michelle was very accessible during our five years.
This review is from a person who hired this attorney.
Hired attorney

Michelle was very helpful in guiding me through the options where in disputing a contractors charges, which were grossly inflated. Michelles approach was in my best interest both legally and financially. I would not hesitate to recommend her services to any client in need of her speciality in law.
This review is from a potential client who consulted with this attorney.
Consulted attorney

Michelle helped me through a difficult situation with my business regarding a contractor who hides fess, charges. She was very knowledgable with the law, and helped me understand my options and what the best coarse of action to take. I received Michelles contact through referral, she is excellent representation to have and will fight for your rights.
This review is from a potential client who consulted with this attorney.
Consulted attorney

A Portland attorney I had hired in 1994 to handle a personal business matter referred me to Michelle because he didn't deal with clients who are attempting to collect bad debts of a personal nature. Initially, I found Michelle to be very well spoken and very approachable. By the time the case was "wrapped up", I still felt very positive about the fact that I had hired her. Unfortunately, and Michelle advised me of this possibility at the very beginning of my pursuit for justice, I did not receive the justice I was seeking. This was not because of anything Michelle did or neglected to do. It was simply a matter of me not having done my due diligence with someone I thought was a friend in good financial standing in the community. Had I not assumed that this personal loan would not be a problem and had I done some basic verification about this person's ability to repay a debt, I would have saved an awful lot of money, not to mention also attorney fees (which were actually quite reasonable). So, although I'm unhappy with the outcome, I want to be clear that I am very satisfied with the work Michelle did for me. There was communication, advice given when it was sought, as well as explanations of what the law is and how it is applied in Oregon, etc. This was a very tough and expensive lesson in my life but a lesson I believe I will never forget. If I ever had another legal issue over a bad debt, however, I would not hesitate to contact Michelle at the first sign of trouble. Jim
This review is from a person who hired this attorney.
Hired attorney

My spouse and I were referred to Michelle for some help with resolving a judgment. She was incredibly knowledgeable about all of the relevant options and legal issues. Her advice was straightforward and very helpful. And she was generous with her free initial consultation. I did not feel rushed at all. She was very attentive and thorough.
This review is from a potential client who consulted with this attorney.
Consulted attorney

I was referred to Michelle by another attorney and set up a consultation to discuss the details of a judgement against me from an HOA from a condo I foreclosed on. There were a lot of extenuating circumstances and she was honest and forthright about what could and could not be used to negotiate a smaller settlement. She offered advice for the next steps (which did not need legal representation) and only agreed to be on retainer if the settlement offer was rejected. Thanks to Michelle's advice, we were able to reach a settlement, but should we have needed legal representation, I would have felt confident in retaining her services.
This review is from a potential client who consulted with this attorney.
Consulted attorney

I couldn't be happier with this firm, especially Michelle Freed. I was referred to her by a different attorney, and retained her to negotiate a settlement with an old credit card debt, which involved a judgment and lien on my house. She did it in an efficient and professional manner with a positive outcome. Due to their efficient no nonsense way of doing business, the matter didn't cost me an arm and a leg like I had expected. Would definitely use this firm again if needed for most any legal maters pertaining to debt and/or bankruptcy.
This review is from a person who hired this attorney.
Hired attorney
See all reviews

I endorse this lawyer. Ms. Freed is a very effective and knowledgeable attorney who is very passionate about her clients.

I have been practicing bankruptcy law in Portland for nearly a quarter of a century. When I am dealing with a complex bankruptcy matter, my first call is to Michelle. She's fabulous. In fact, I referred two potential clients to her just today.

Michelle is highly intelligent and a passionate advocate. She fights hard for her clients.

I endorse this lawyer. Michelle is professional and extremely knowledgeable. She brings a real-life approach to the law, offering creative options and practical resolution. She is well-liked in the legal community, and always fosters mutual respect with adversaries.

I endorse this lawyer. Michelle is a thoughtful, patient, and accomplished attorney that cares about the quality of her work and her clients.

Michelle is a highly qualified, knowledgeable attorney who cares about her clients and their issues. I absolutely recommend her to both consumers and businesses seeking her expertise.

I endorse this lawyer. Michelle is one of the most intelligent and practical lawyers I have had the privilege to work with during my 30 year professional career. She is dedicated to finding and achieving an appropriate and affordable solution to each legal matter she works on, whether it be debt collection, debt settlement, litigation or general business matters. She is a stickler for details. She has a sparkling personality which endears her to clients, court personnel and adversaries alike. I endorse her legal abilities without qualification.