Noel Tipon, a former Marine, is the Managing Partner at Bilecki & Tipon, LLLC. Noel is an experienced Hawaii criminal lawyerwho specializes in military law, including court martial defense,family law,criminal law, and immigration law. Mr. Tipon represents clients in military and civilian courts and is licensed to practice law in Hawaii. As a proud veteran of the Armed Forces and former judge advocate for the United States Marine Corps (USMC), he has over sixteen years of experience representing Marines, Sailors, Soldiers and Airmen in military proceedings and civilian courts. He continues to support the men and women of the Armed Forces by representing servicemembers with military law issues.

Mr. Tipon began his military career in 1998 serving as a commissioned officer and military attorney in the United States Marine Corps. During his career, he worked as a criminal defense attorney at the Law Center at the Marine Corps Base in 29 Palms, CA, with the Navy-Marine Corps Appellate Defense Division in Washington, D.C., and the Law Center at Marine Corps Base Hawaii. He was deployed to Iraq from 2004 to 2005. While in Iraq, he served at the Headquarters for the 1st Marine Expeditionary Force and 11th MEU in the Al Anbar province, where he investigated claims against the United States and conducted humanitarian assistance missions. Following his deployment to Iraq, Mr. Tipon was stationed at Marine Corps Base Hawaii, where he provided legal services and counsel to clients in Hawaii and Japan. He left the Marine Corps in December 2007 with the rank of Major. He continues to support the men and women of the Armed Forces by representing servicemembers with military and civilian issues. 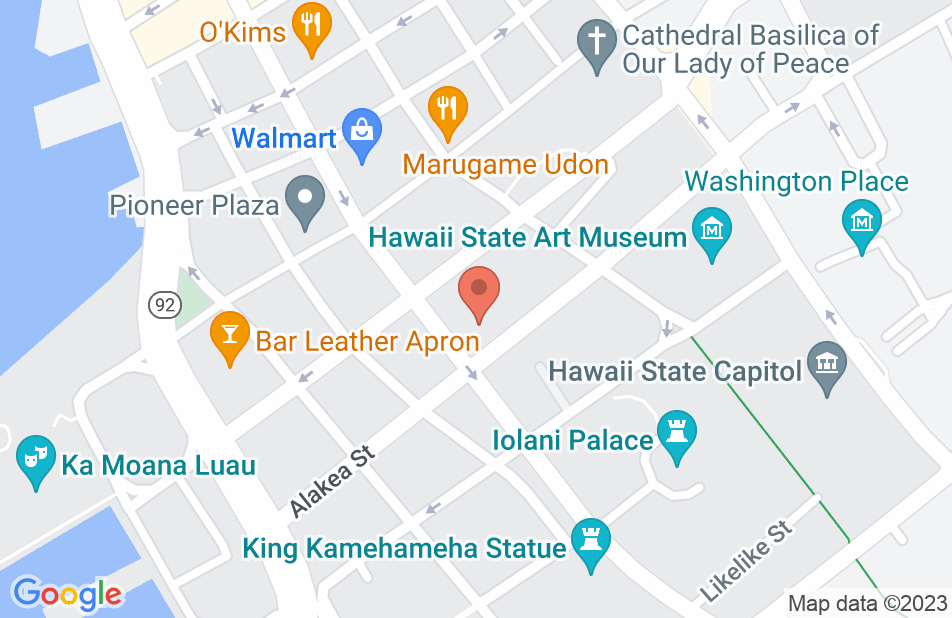 At first i wasnt sure about paying the price for the investigation proccess, but soon after he typed up a memorandum that was overly complex to my Commander they had no choice but to drop the investigation in full. He included all of the Army Regulations, previous trials, the Articles of UCMJ, and so much more. Him and his team are extremely professional. The investigation only took 1 month once I hired Noel.
This review is from a person who hired this attorney.
Hired attorney

I a military service member who was falsely accused of sexual assault by the military. NCIS investigated the case and I thought they were actually looking for the truth and seeking justice, but I quickly found out that wan't true. They twisted my words around and did everything they could to show that I was guilty and never looked into evidence that showed I was not. I hired Mr. Tipon after I was charged and he was hell bent on showing my innocence. He worked tirelessly to uncover evidence that the detectives were too lazy to look for or didn't care about. During trial, he was relentless and dominated the courtroom. In the end, the jury saw through the government's case and I was found not guilty. If it wasn't for Mr. Tipon, I would probably be in jail for years and have lost everything. While there were times it was difficult to reach Mr. Tipon, after the trial I completely understood. While we were in court, his full attention was on my case and it showed. You saved my life!

Undoubtedly highly trained and educated Noel Tipon strategically tore down the prosecution team and made sure the right point was put across to all the members of the jury ensuring an easy decision for them to make in my case. Since the first day i met him to the last day of court his confidence never fell only grew as he was winning his battles and finally won the war in the court room with a jaw dropping closing argument. I thank him every chance i get for giving me my life back and would recommend anyone needing a professional, confident defense attorney with a great charcter to hire Mr. Noel Tipon.

I have and will recommend Noel to any and all of my friends in the military. I highly recommend using his services if you have the means. He is also very personable. Outstanding person and lawyer.

Noel did an outstanding job with the representation of me during my entire case. Keep me informed at all times with my case and his investigation team did an outstanding job as well. Noel managed to provide me sound advice and presented me with the honest truth on options or possible scenarios in my case. He is very attentive and a true professional in the court room. I highly recommend Noel to everybody in need of an outstanding lawyer.

He used to be with Bilecki & Tipon but I guess he has his own practice now, good for the other guy. I hired him in 2016 and I can say DO NOT use Mr Tipon. He is definitely the most incompetent and laziest lawyer you'll ever encounter. Never met with witnesses or did a single thing, except a few pages of brief which was written a night before. Take your business somewhere else. I did and got way better outcome than when I worked with this law firm. Watch out or the sales pitch and money grab.
This review is from a person who hired this attorney.
Hired attorney

I faced Noel several times through out my military career- I would recommend him to anyone facing a court-martial.

Almost nobody is more enthusiastic about a court fight than Noel Tipon. He loves it! He makes prosecutors cringe because he has all day to take their case apart. I've seen him in action and it works. I endorse this lawyer!

I endorse this lawyer. Mr. Tipon is a skilled and respected member of the legal community. He is a zealous advocate for the rights and interests of his clients.

Noel Tipon is one the the premier trial lawyers in the country, a true courtroom litigator. Never have I seen a lawyer more feared, and respected, by opposing counsel in court. Noel practices criminal defense, military court-martial defense and family law. In each of those arenas he brings his trial skills to the table and has an absolute passion for winning. Truly one of America's elite trial lawyers, I give him my highest endorsement.

Noel is an outstanding criminal defense lawyer. I have known him for 7 years. I have worked with him and against him on several high profile criminal cases. He is an aggressive and highly skilled trial lawyer that fights like a gladiator for his clients.