Chien-Yu (Michael) Wang is an associate attorney at Wilner and O'Reilly, and managing associate of the firm's Sacramento office. He handles both family-based and business-based immigration matters. Mr. Wang is admitted to the State Bar of California and the U.S. District Court for the Central District of California. In addition, he is a member of such esteemed organizations as the Los Angeles Country Bar Association, Southern California Chinese Lawyers Association, and the Japanese American Bar Association.

Mr. Wang graduated from the University of California, Davis with a Bachelor's Degree in Japanese and East Asian Studies, and also studied at the Waseda University in Tokyo, Japan. He earned his Juris Doctorate degree from Southwestern Law School, graduating at the top of his class. While at Southwestern, Mr. Wang was awarded the Southwestern Alumni Scholarship for his service in Public Interest. Also during law school, Mr. Wang worked at the Legal Aid Foundation of Los Angeles (LAFLA) in the Asian Pacific-Islander Community Outreach Unit, where he helped monolingual Chinese clients with their immigration matters. Prior to joining Wilner & O'Reilly, Mr. Wang clerked at the California Department of Justice, working on complex anti-trust litigation matters.

As an associate attorney at Wilner & O'Reilly, Mr. Wang is responsible for preparing and accompanying clients to USCIS for both family and employment-based adjustment of status interviews, naturalization interviews, and N-336 appeals. In addition, he prepares Motions to Reopen/Reconsider and Waivers and Appeals to USCIS, the Administrative Appeals Office, and the Board of Immigration Appeals. Mr. Wang prepares both immigrant and non-immigrant visas such as E-2 treaty visas and EB-1 petitions, and also represents clients in removal proceedings where he is versed in forms of relief such as cancellation of removal proceedings and 237(a)(1)(h) waivers.

Committed to public interest, Mr. Wang volunteers his time at many community based pro-bono legal clinics. As an immigrant from Taiwan, he has gained valuable personal experience with the immigration system in the United States. Mr. Wang is fluent in Mandarin Chinese and conversant in Japanese. 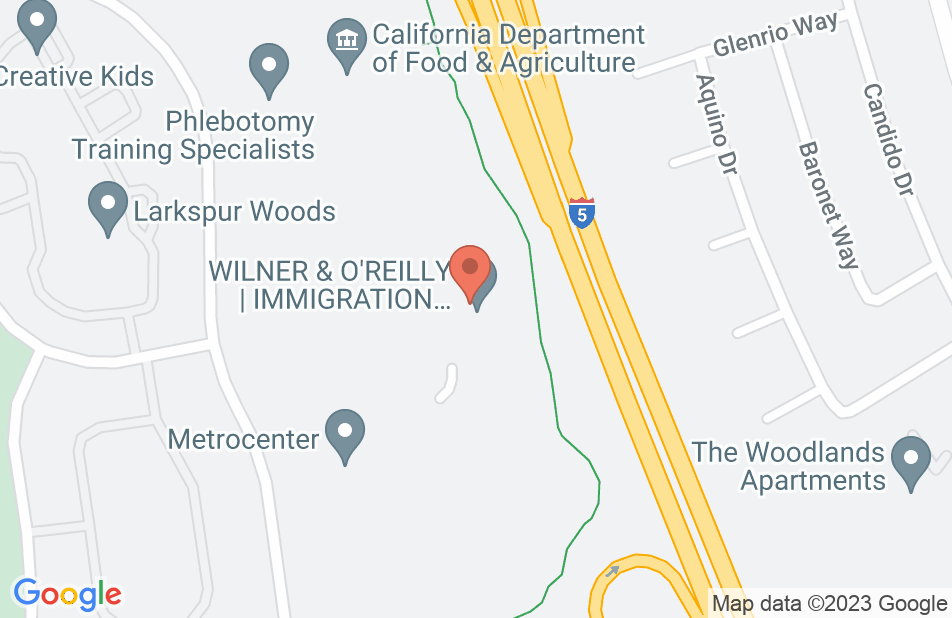 I called Michael with a few specific questions. He answered them clearly and succinctly. He was very friendly and easy to talk with. I greatly appreciated his availability and responsiveness. I wouldn’t hesitate to use him again or refer him to others.
This review is from a potential client who consulted with this attorney.
Consulted attorney

Michael wong is the best immigration lawyer I have ever met in my entire life he did a wonderful job for me by processing my immigration paperwork for removal of condition for my Permanent resident in the United State without ny wasting of time my petition was approved. Michael I thank you so much and God bless you.
This review is from a person who hired this attorney.
Hired attorney

Helped transfer my H1B visa to new company, then helped renew H1B visa. Now processing final stages of green card application. Has been knowledgable, responsive and provided sound advice throughout all my dealings with him. Grateful for the excellent service.
This review is from a person who hired this attorney.
Hired attorney

Great attorneys and team they have, hardworking! Very satified with the work i received for my husband's case!!!
This review is from a person who hired this attorney.
Hired attorney

Michael is an excellent attorney. His outreach in the community is tremendous and his character is without question. He is a knowledgeable and highly skilled attorney who fights aggressively for his clients. I recommend Michael without hesitation.

Michael is very knowledgeable on the law and is known for being able to figure out how to win a case even when it seems unwinnable. I endorse this lawyer.