Long before filing a complaint or petition, it’s important to know how the whole story fits together—to have every detail accounted for and planned for—because who frames the dispute, who chooses the words that will be used, and who owns the narrative, are the elements of winning the war.

Sun Tzu’s words also offer great estate planning advice as well. Anyone can take a form off the internet and plug in the names. But “plug and play” won’t help later on with a dispute. While my focus is probate and trust litigation, we at Eberts Law Group prefer to avoid litigation when possible by crafting estate planning documents that will help keep you out of court.

I have been named a Northern California Rising Star by SuperLawyers Magazine for 2015, 2016, 2017, and 2018. In 2012, I was a San Diego Daily Transcript semifinalist for San Diego Top Attorney, Corporate Litigation.

Before settling into my current practice in 2013, I spent several years in business litigation, representing clients in cases ranging from eminent domain claims to large public works projects. I’ve argued cases in municipal courts, state courts, federal district courts, and state courts of appeal. I began my legal career as a county prosecutor and, before that, I managed Irish pubs and trained horses. All of these legal and life experiences contribute to my ability as a strategist and litigator in the field of estates and trusts.

I live in Santa Rosa with my wife and law partner, Ann Eberts, and our young son. I enjoy reading, cooking, watching soccer, and being a runner (though not so much the actual running part). The three of us love taking day trips all over the Bay Area. 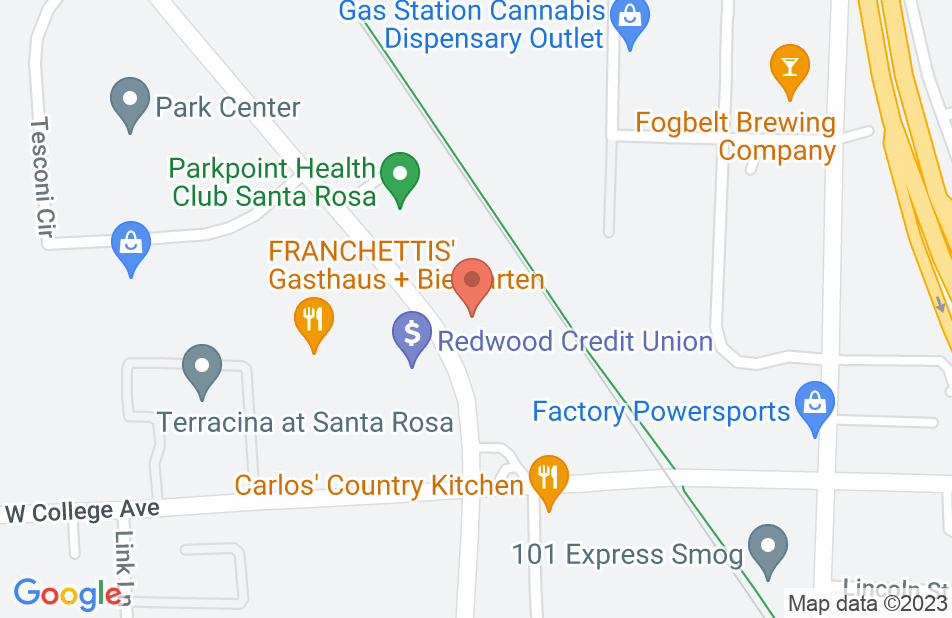 Knowledgeable and generous with his time

I called Adam at 8am in March 2018 when I realized my brother (trustee) decided to make his own random decisions regardless of what my father had instructed in the trust. Adam was not taking any more cases at that time but to my surprise he emailed me that morning with research he had conducted...because my question intrigued him! The research was 2 pages of explanations of cases and would likely influence my brother to follow my fathers requests. Adam was not only correct in his research he was beyond generous to have taken valuable time without expecting anything in return. I'm still amazed he was so generous and want to share my positive experience with Adam Eberts. Thank you again Adam. You gave me hope at a very difficult time in my life.
This review is from a potential client who consulted with this attorney.
Consulted attorney
Adam Eberts' response: Thank you for the kind words. Glad I could help. Be well.

When you retain an attorney, you expect that the person you retain will be: competent, knowledgeable, forceful, persistent, admired by his peers and able to achieve an amicable solution to the issue he was retained for. Adam Eberts is all that and more, plus he has one of most pleasant and competent para-legal assistants I have ever met. He turned a painful event into a pleasant experience. He shared his knowledge and walked my wife and I through every step of a complicated process. Through his expertise we received the solution we sought. But most important of all we have made a friend, and a person we admire for integrity and expertise.
This review is from a person who hired this attorney.
Hired attorney

My family hired Adam for to help with reversing an amendment to our mother's trust. He was able to get it done in a very timely and cost effective manner. He and his co workers were very professional and efficient. I would recommend his firm for anyone needing a lawyer.
This review is from a person who hired this attorney.
Hired attorney

When Adam chose to represent me in a complicated & stressful litigation of my brother’s Trust I found myself involved in, I felt from the beginning I was in good hands. He listened patiently to me and treated me with respect and understanding. He was straight forward and honest with me regarding the complex, complicated and tough issues of the case. He was able to come up with a strategy and how he would handle each issue. Adam always promptly got back to me when I called him with questions and concerns. He always had my best interests in mind. He updated me and explained to me what was going on every step of the way. I felt relieved and very fortunate when he was able to negotiate a fair and positive resolution for me. I am thankful for Adam’s entire staff, especially his Paralegal, Deborah, for the hard work, patience and kindness shown me during this case. Throughout this process, I was appreciative of Adam’s professionalism, dedication, determination, hard work and his strong passion to bring this case to a positive end result for me. He truly is a competent attorney as well as a kind and decent person. I would certainly recommend him to anyone who needs a dedicated lawyer in a Probate and Trust case.
This review is from a person who hired this attorney.
Hired attorney

I have complete faith and trust in Adam Eberts who recently represented me in a very, very difficult case regarding a family trust. Adam was extraordinarily supportive, caring, and took on my fight as if it were his own. Although I have absolutely zero experience with legal issues, I felt that Adam gave me very sound advice and that he is amazing when it comes to legal strategy. Adam is very communicative and returns calls on the same day. He is someone who goes the extra mile for his clients and then some. I would highly recommend both Adam and the entire team at Eberts and Brockway.
This review is from a person who hired this attorney.
Hired attorney

Sees the goal and achieves it

Adam is very personable and compassionate. He really pays attention to what your needs are. He thoroughly researched and evaluated my case involving my marriage validation after my husband passed away. He carefully explained the process so that I understood what was happening at each step of the way. His tenacity made me feel that I was in good hands. He is trustworthy, driven, and has a positive, reassuring attitude. During such an emotional, tough time, he gave me strength.
This review is from a person who hired this attorney.
Hired attorney

My husband lost his mom and his granny within a 4 month period leaving himself and his sister as sole beneficiaries. Not knowing how to proceed with splitting the inheritance Adam walked us thru it step by step he returned calls the same day and was not only compassionate about the situation but caring. I recommend him highly for anyone that is not sure with what to do in these difficult times of loss.

After my stepfather died, Adam's firm was recommended to me by a friend to make sure that I got what my mom wanted me to get from her estate. My stepfather had remarried and his new wife and her family tried to get their names on all of MY MOM's stuff. I could tell Adam and Ann and Giuliana knew exactly what they were doing. They filed a petition, we had a mediation, and boom. Me and my brothers got what mom wanted us to have. The whole time, Adam believed in us and did such a great job explaining what was going on. I cannot say enough good things about Adam and Eberts and Brockway!

A Prize Fighter For Sure!

Adam is just plain smart. Not just book smart. Not just courtroom smart. But also common sense smart. He was able to take a complicated, convoluted issue and pare it down to the most reasonable and efficient resolution. Adam is indeed intelligent. Add to that quality kindness and caring and I would hire him over and over and over again. If you need someone to fight hard for you, I highly recommend Adam Eberts. Because he's a prize fighter!

Sensible, honest and straightforward. Me. Eberts will relentlessly fight for his client. Having known him for 11 years I have and will continue to utilize his legal expertise when the situation warrants. I rest easier knowing someone like Adam is on my side.
See all reviews

Great attention to detail...very personable...the ideal combination for a Wills & Trust Attorney. I endorse this lawyer.

Adam is an intelligent, caring, and dedicated lawyer. He knows the law and treats clients the way they deserve to be treated.

Adam has a sharp legal mind and is brilliant in the court room. He will work hard to help you. I recommend this attorney.

If I had to hire a lawyer, without question, Adam is the one I'd turn to. I've known Adam since law school in 2003 and have seen him in action both in and out of court over the years. He's a fierce advocate, he's quick on his feet, and his knowledge of the law surpasses almost all other lawyers and even judges. This is a guy you definitely want on your side.

I wholeheartedly endorse Mr. Eberts, as his work ethic and dedication to his clients' needs are without peer. One can take solace knowing Adam is on their side.

Adam is creative and insightful and always brings new perspectives to the table. He is a joy to work with and an outstanding lawyer.

I've known Adam for a long time. He is one of the sharpest legal minds there is. I would have no qualms hiring Adam as my attorney or referring clients to him. You could not ask for better representation.